Metal Walker is a more than worthwhile endeavor for anyone that is in between Pok&#233;mon games.

As the story goes, in the late 21st century, a priceless evolving metal called Core is discovered on a mysterious island, and the powers of the world scramble to see who will seize it first. Reckless military research leaves the island a ruined wasteland known as the Rusted Land. Now, the island is overrun with Metal Busters, evil robots ready to destroy anything in their path. You are one of the Core hunters, brave individuals who scavenge the surface of Rusted Land for rare Core units, with which you can evolve your own benign and faithful robots. As you and your father set out in search of the valuable Core units, you are attacked by a band of Metal Busters and separated. Along with your trusty companion, Meta Ball, you must search for your father in classic high-drama RPG fashion, attain powerful new abilities for Meta Ball, and defeat the evil that lurks behind the shady workings of Rusted Land.

Metal Walker is Capcom's venture into the world of handheld strategy RPGs, and it emulates the successful attributes of Pokémon in more ways than one. Instead of capturing and training animals for battle, the object of Metal Walker is to obtain the enemy Core units needed to evolve Meta Ball, the highly merchandisable roly-poly robot companion that follows you across Rusted Land much like Pikachu followed Ash in Pokémon Yellow. Along the way, you will have to compete in Core hunter skirmishes, much like trainer/gym leader battles, with your win rate percentage and victory messages being the bragging rights. Like most other RPGs, Metal Walker makes use of many conventions such as hit points, experience, and level-based statistic increases, and these elements will be familiar to even the youngest of players.

The evolution of Meta Ball plays a pivotal role in Metal Walker's gameplay. While his standard form is cute as a button, combining him with up to three Core units evolves him into a more powerful and versatile body. The Core units are separated into three categories--land, sea, and air--each providing Meta Ball with appropriate bonuses and weaknesses. Much like rock-paper-scissors, each element has its strengths and weaknesses, although the system is regrettably not as deep as the many different Pokémon types. Meta Ball, however, serves a pivotal role in your adventures, evolving to different forms in order to destroy obstacles, cross bodies of water, and fly over otherwise impassable terrain. For example, you can combine Meta Ball with one "air Core" to turn him into M. Kite, the flying glider, or three "land Cores" to summon the Mech-inspired, rock-crushing M. Launchas. More of these forms are made available with the acquisition of additional Core units through Core hunter battles, and each serves a purpose, promoting a healthy dose of experimentation with the different types.

Battles take place between Meta Ball and his opponents on a full-screen overhead-view battlefield that can occupy several Metal Busters, an exit, and any number of obstacles. The actual fighting resembles a game of video billiards, in that Meta Ball can be pointed in any direction, and a scrolling power meter appears, with which you can control the force of his "flip." Flip Meta Ball strongly enough, and he can bounce off several walls, striking multiple opponents at once. Making contact with an opponent deals out an amount of damage proportionate to the ratio between your attack, the opponent's defense ratings, and your elemental bent. If the opposing Metal Buster bounces back off the wall, a counterattack takes place and you suffer the commensurate loss of hit points. Destroying multiple opponents with one flip acts as a multiplier, and to add more strategy to the mix, both you and your opponents can toss capsules into the arena, which serve as both beneficial and baneful power-ups. For example, using the analyzer capsule and knocking your opponent into it will scan his data and allow you to create that Metal Buster's corresponding capsule. Choosing the proper angles, strength of approach, and capsules are key to success in the abundant combat sequences in Metal Walker. Some players may be turned off by the plentiful supply of random battles, but the interactivity of combat, the appropriately difficult challenge of the bosses, and the large number of monsters and capsules available make the combat mechanics one of Metal Walker's strongest points.

Graphically, Metal Walker is visually pleasing, performing admirably as a demonstration of the Game Boy Color's visual capabilities. The 2D sprite designs are sharp and very much reminiscent of the quality found in Capcom's Mega Man titles and in Pokémon. It's rather easy to see why there is a line of toys based on these characters in Japan. The capsule-use animations and explosion effects are brief but effective, and they don't detract from the fast-paced turn-based combat. The dungeons, whether they are abandoned fortresses, caves, or ruined buildings, are all usually rather small and quickly navigated, which offsets the high rate of random encounters somewhat.

The background music sounds just great, despite the GBC's limitations. However, the overland music for traversing Rusted Land gets old very quickly, and there isn't enough variation in the different areas of the world to justify wasting your batteries and turning the volume up. The battle noises, particularly thatinflicted by the dizziness effect can get highly annoying, while others may as well have been lifted from a generic "pings, blips, and dings" Game Boy compilation. Those that do listen to what Metal Walker has to say will find they've heard it before.

Like Pokémon, the story in Metal Walker is strictly linear, as you are guided from area to area by the events and characters you encounter. Without giving too much away, Metal Walker has drawn a healthy dose of inspiration from its competitors and from the genre in general in creating a predictable but otherwise enjoyable story rife with intrigue, deceit, and comic relief. The dialogue is somewhat weak in a few areas, making the game sound much like the cartoon that it strives to emulate. Thankfully, Metal Walker never slows its pace or progression, an area where even the best RPGs have been known to falter. To add to the life of Metal Walker's playability, friends can challenge each other in the game's battle arena and trade base camp locations, making the single-player mode somewhat of a cooperative game where two players can help one another advance. In addition, the two different-colored communicators available at the beginning of the game influence which Metal Busters you will encounter throughout the game, much like Pokémon Gold and Pokémon Silver, without necessitating the purchase of another game cartridge.

Capcom has created a quality product, although the resemblance to Nintendo's premier franchise is in some cases blatant. However, Metal Walker is a more than worthwhile endeavor for anyone that is in between Pokémon games, and it can serve as an alternative for those fans of RPGs that might be too ashamed to look someone in the eye and say, "Yeah, I'm playing Pokémon, what of it?" 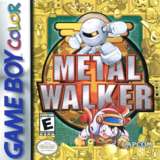 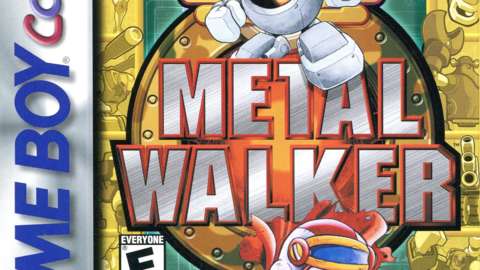 Metal Walker is a more than worthwhile endeavor for anyone that is in between Pok&#233;mon games.