Metal Slug 7 for the Nintendo DS brings the series' outstanding run-and-gun action to a new platform.

What year is it again? You'd be hard-pressed to tell without the aid of a calendar after playing Metal Slug 7, a 2D scrolling shooter that could have been released at just about any time in the past decade. That usually isn't a good sign, but this SNK series wears its throwback status like a badge of honor, delivering the same uncompromisingly crazy action today as it did back when the series started in 1996. The only oddities here are the Nintendo DS format and the lack of co-op support, both of which make the game seem a bit stripped-down by comparison to its predecessors.

The ability to team up with a buddy and blast your way through insane hordes of bad guys has been a must in this genre, going back to Contra in the late '80s, so this feature is sorely missed here. Some sort of local or Wi-Fi support for co-op could certainly have been included, even if the inclusion of another commando running around might have been confusing on the diminutive screen. Along with the MIA co-op, the game doesn't take advantage of any DS control features. During levels, the top screen displays the action and the bottom shows a map that you can pointlessly scroll around with the stylus. In menus, the bottom screen often isn't used at all, with a placeholder brick-wall graphic filling the space. If you're looking for a game that shows off the unique attributes of the DS, look elsewhere.

But if you can get past these limitations, you're golden. Metal Slug 7 is a great addition to the franchise, loaded with some of the most intense action you'll find on any platform this year. Gameplay remains centered on run-and-gun shooting, with you picking from a roster of six commandos and then venturing into old-school 2D scrolling levels to gun down everything that moves. The story apparently plays out as a prequel to Metal Slug 4, with the Peregrine Falcon Strike Force troops taking on General Morden and his mysterious allies from the future, but you don't need to know any of that. Just run, jump, and shoot, and you'll be fine.

There are just a couple of differences between this game and precursors such as Contra and Super C. The biggest change is probably the lighthearted art style, which remains distinctive even on the small screens of the DS. The commandos look like little cartoon characters, to the point that you can always make out such features as Marco's big pompadour and Clark's hat and shades, and enemies have exaggerated expressions that include big, wide eyes and thrown-wide arms when you do things like blast shields out of their hands. Using prisoners to provide power-ups is another characteristic not found elsewhere. Ragged hostages, complete with Rip Van Winkle types with long beards can be found throughout all levels, and when you spring them free, they show their gratitude by dishing out goodies such as rockets or lasers. Finally, the game makes greater use of vehicles (slugs) than most of its rivals. Just about every level has a tank, mech, or flier of some sort that you can hop into and use to incinerate enemies until your ride blows up beneath your feet and you have to eject.

All in all, it's hard to stop playing. The fast-moving shoot-'em-up levels and the driving arcade music keep pushing you forward to clock ever-higher scores, even when you're getting smoked over and over by the baddies constantly swarming you from all sides. You even have two separate ways to play: the usual string of linked levels that make up a campaign, and a Combat School mode in which you hit on a hot drill instructor (fruitlessly, as your one-sided conversations just go in circles) and take on nearly 100 one-off training missions based on objectives such as assaulting bases and rescuing POWs. Training missions don't compensate for the loss of co-op, although they at least give you a way to pick up and play when you have only a few moments to spare.

Regardless of the platform, it's good to see Metal Slug back in action with all of the same old intense gameplay that has made it such a hit with shoot-'em-up arcaders for more than a decade. This may not quite be what fans of the series have come to expect, but it's at least a good way to tide yourself over until the presumably more full-featured version of the game hits the Xbox 360 next year. 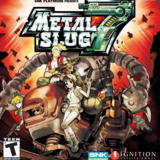 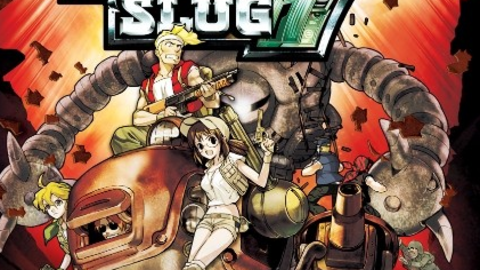