Metal Gear Solid for the PC is an effective if straightforward conversion of one of the greatest action games for the Sony PlayStation console.

Metal Gear Solid for the PC is an effective if straightforward conversion of one of the greatest action games for the Sony PlayStation console. It's an innovative game that, while originally designed exclusively for the PlayStation, is still highly playable on the PC, thanks largely to the quality of the Microsoft translation. While the PC version of Metal Gear Solid doesn't improve much on the 1998 PlayStation game, it does have a few features that take advantage of the PC's more powerful hardware.

Metal Gear Solid is a fast-paced cinematic action game in which you control a government super spy - code-named Solid Snake - who's highly trained in stealth, infiltration, and armed and unarmed combat. He's sent alone to a secret base in Alaska to stop a group of genetically enhanced terrorists who are planning to blackmail the US government. They've hijacked a prototype weapon called Metal Gear, which is reportedly equipped to deliver a nuclear strike anywhere in the world. The game's plot and characters are exaggerated, but they're very well written and highly memorable. In fact, nearly half of Metal Gear Solid consists of noninteractive story sequences in which Snake uncovers the full extent of what's at stake in his covert mission.

The story unravels partly through dialogue between Snake and his team back at base. Snake has a tiny transceiver built into his ear, which he can use to receive informative calls from a staff of specialists and send transmissions himself. These conversations switch the game to a static screen that uses voice-over and hand-drawn, animated portraits that break from the game's otherwise fully 3D graphics. The switch can seem abrupt, but the conversations are generally interesting and actually an effective means of expanding the story, as well as providing a persistent hint system; you can always call home to get advice on your situation, even in the middle of a battle. The story of Metal Gear Solid is also revealed through cutscenes using the game's 3D engine. Many of these sequences feature great cinematography, and although the game's 3D characters aren't very detailed - most notably, their facial features are blurred and aren't animated - the motion-captured cinematics are nonetheless superlative even by the latest standards.

These sequences are often long, and many of them intersperse the many different types of action scenes in Metal Gear Solid. In most cases, you'll be infiltrating areas that are being patrolled by guards and monitored with surveillance cameras. You control Snake from a top-down perspective, although you can switch to a first-person view at will, and if you back against a wall, the camera will automatically tilt to give you a peek down the perpendicular corridor. The Alaskan base is heavily defended, but fortunately, you have a radar that shows any enemies in the immediate area. Using this device, you can more easily observe your enemies' patrol routes and evade them, as well as sneak past cameras as they pan back and forth. Of course, you're not limited to just sneaking past your foes. Over the course of the game, you'll find a number of real-world weapons, including various guns and explosives. In addition, Snake can knock his foes flat with a karate combination or a hip toss, and he can even sneak up and strangle an unassuming guard. If Snake's ever detected, an alarm will sound, armed guards will swarm toward his position, and his radar will go offline because of all the commotion. At this point, you'll need to run and hide until the alarm shuts down and the guards return to their patrols.

It's not realistic that the guards effectively forget that you're in the area after about a minute, but Metal Gear Solid doesn't purport to be a highly realistic combat simulation. In fact, it draws on a number of classic video game conventions that are intended to make its gameplay more enjoyable. For instance, enemy guards you kill flicker and disappear, and you'll find spinning power-ups throughout the base - weapons, ammunition, and rations that instantly replenish your health. Snake can suffer a superhuman amount of damage before he dies, and likewise, the many exciting one-on-one battles between Snake and the game's main villains are drawn out, as Snake's terrorist foes can sustain even more damage than he can. As such, Metal Gear Solid might take some getting used to. It looks and sounds realistic, yet the gameplay demands that you suspend disbelief. You might also be put off by some of the game's sometimes long-winded antinuclear sentiment; on the occasions when characters in Metal Gear Solid start moralizing, the game can seem heavy-handed and preachy.

Yet Metal Gear Solid's gameplay is so diverse and the action is generally so good that any perceived problems with the plot or the lack of realism would more likely be the subject of debate between fans than a detriment to your enjoyment of the game. There's so much variety - not only can you choose to progress through sequences using different types of tactics, but the situations themselves are also very different. One moment you might be using your cigarette smoke to reveal infrared trip wires protecting a weapons cache, and soon after, you'll be squaring off against a main battle tank. Later, you'll sneak through a highly volatile area in which you can't risk firing your guns, you'll face a deadly sniper, and you'll rappel off the side of a communications tower that's under attack. All the while, Metal Gear Solid features an outstanding, intense soundtrack (straight from the PlayStation version) that corresponds with the changes in the action, as well as equally good voice work for all the game's characters. The voice performances occasionally seem forced, but they work well in the context of the over-the-top action scenes.

Despite all this, Metal Gear Solid is actually a rather short game. It'll probably take you about ten hours to finish all the way through, and if you skipped all the cinematics the second time, you could probably finish it in one sitting. This isn't necessarily a flaw. Metal Gear Solid deliberately has the pacing of a good action film, so the fact that it's relatively short probably won't disappoint you. Instead, Metal Gear Solid encourages you to play it through more than once, not only because it has two different endings, but also because many of its situations can be played through in different ways. The game also has multiple difficulty settings, the easiest of which lets you play through the game with an automatic rifle and unlimited ammo, while the hardest makes Snake much more vulnerable and disables his radar. You'll doubtless want to try these variations.

The PC version of Metal Gear Solid is one of the better console ports to date. It supports high resolutions, lets you save the game at any time, and even includes an option to play the game from a first-person perspective (on the PlayStation, you could only use the first-person mode to look around). Furthermore, Metal Gear Solid for the PC is actually a conversion of Metal Gear Solid Integral, a later Japanese release that combined the original game with the VR Missions supplement, which comprises a number of fast-paced trials that let Snake hone his stealth and weapons skills in a holographic training arena. VR Missions, which was first released as a separate PlayStation game, lacks the original Metal Gear Solid's cohesive story, but it makes for a fun and often amusing action/puzzle game in its own right. Also, it's convenient that the dozens of different missions - including those in which you get to play as the enigmatic sword-wielding bionic soldier from the main game - are all immediately available on the PC, whereas you had to unlock many of the missions on the PlayStation. Metal Gear Solid for the PC even includes a questionable mode in which you simply take snapshots of highly detailed 3D models of your female associates - but Snake is a ladies man much like James Bond, so at least this mode isn't totally out of context.

Like many console-to-PC ports, Metal Gear Solid does have some problems. Since it's based on a two-year-old PlayStation game, its graphics aren't up to the highest standards, even though the graphics have stood the test of time quite well. Also, those who've seen the PlayStation version might notice that the motion-blur effect used in the cinematics appears to be missing in the PC translation. And the original PlayStation game featured several innovative sequences that took advantage of the hardware particular to the console. These details - such as when one of the terrorists, a powerful psychic, uses memory card data to effectively read Snake's mind - are simply omitted from the PC version.

But otherwise, if you haven't played the game before, then Metal Gear Solid for the PC is currently the best way to experience it. It controls very well using a six- or eight-button gamepad, and it's also highly playable using just the default keyboard configuration. The game features an interesting cast of characters and an exciting story that's filled with surprises. Yet though the story sequences certainly make the game more memorable, it's the great action scenes that make Metal Gear Solid so much fun. It's one of the best PlayStation games of all time, so if you're not familiar with the original, or even if you're a fan who wants to play the complete Metal Gear Solid in higher resolution, then you should definitely try Metal Gear Solid for the PC. 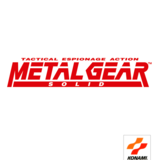 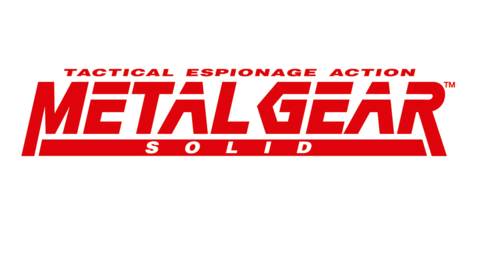 You are Snake, a government agent on a mission to regain control of a secret nuclear weapons base from terrorist hands.