If there were any justice, Konami would just bite the bullet and release it as is for the American public.

Metal Gear Solid. The revolutionary game that invented its own genre. A game that redefined the way we imagine games and how we play them. As it has been well documented, Metal Gear Solid is a game that focuses mainly on stealth. Stealth, as displayed by Solid Snake, is the greatest weapon you will have in the game. Haphazard gunfire and sloppy tactics will get you killed in this game. Period. If you want to make it out of this snowy hellhole in one piece, you'd better learn when to act and when to stay still, and you'd better learn quick.

What, then, is the point of Metal Gear Solid Integral? The basic game is the same, with its incredible vision, inspired gameplay, graphic sophistication, and questionable AI (shoot a guard, but run away and he forgets about you). Well, insofar as the Japanese version is concerned (we'll get to the American release later), it adds an extra disc called the VR disc, which, among other things, adds 300 additional VR missions for stealthy gamers out there to occupy themselves with. That's right. At the risk of sounding like a used-car salesman, a staggering 300 VR missions awaits to test the gamer who thought he was all that the first time around. Those of you who can finish all these extra missions will be able to unlock special missions, such as mystery missions, where you must solve, um, mysteries, kind of like the Hardy Boys. You can also unlock bonus missions where you can play as the Ninja, which is particularly cool.

In addition to the extra VR missions is a photographic mode that, depending on your success and score in the regular game, will allow you increasingly closer access to the girls in the game. The higher your rating, the closer you can get to Mei Ling in a virtual photo shoot. Unfortunately the photos still take up a shocking two memory-card blocks each, making this a cost-prohibitive endeavor.Extra bonuses include the original promotional movies that were originally shown at previous E3s before the game was released. You can also select which language you'd rather hear and see in the game. Also, in the main game, there is also a first-person mode that you unlock when you beat the game through once. Not the first-person perspective, mind you, but a first-person mode where you can actually move around. Sadly, this mode isn't as awesome as you might hope, since Snake turns about as quickly as your grandma on a hot day. It also reverts back to the normal perspective after every transitional screen, making switching back to first-person view an annoyance. Not being able to see your weapon in this mode is a little bit of a bummer as well, since Snake has such a cool arsenal.

The tragic part is that MGS Integral will not be coming to the States as is. While the VR disc will be coming here, the normal game will not. Even if it's lackluster, it still would have been nice to have the original game (with first-person mode included) come packaged with the VR disc. Maybe Konami doesn't want to aggravate gamers who bought the original not too far back, but that's at least one feature the Japanese gamers will have that we won't.

International politics aside, Metal Gear Solid Integral is the game that should have come out in the first place. While the original game was groundbreaking and whetted the appetites of millions of gamers worldwide who wanted more stealth action, it was too short. With the addition of the VR missions, the replay value has gone through the roof, with tons of little secrets that make this the Metal Gear fan's dream.

If there were any justice, Konami would just bite the bullet and release it as is for the American public. The VR Missions released solo seems like more of an expansion pack than a bona fide new game. Disappointing as it may be, that's what we'll be getting, but for fans of the original (and who isn't?), the VR disc is practically essential. 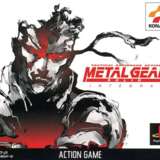 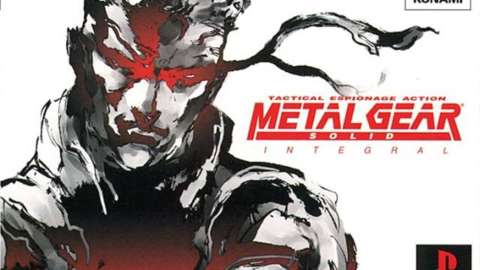 If there were any justice, Konami would just bite the bullet and release it as is for the American public.