Men in Black: The Series Review

The Men In Black franchise had such an opportunity to be a good video game - wild alien characters, cool weapons, stylish black suits - but what we have here is a complete waste of potential.

The Men In Black movie was a surprise holiday hit when it made the transition from comic book to silver screen a few years ago. The adventures of Mr. K. and Mr. J. have since continued in a Saturday morning cartoon. Now, the alien-busting duo has hit the Game Boy. We're here to tell you to avoid it at all costs.

The Men In Black franchise had such an opportunity to be a good video game - wild alien characters, cool weapons, stylish black suits - but what we have here is a complete waste of potential.

Players control a generic Man In Black as he moves through a series of side-scrolling levels, avoiding contact with energy draining sludge and shooting any aliens that come along. And that's it. Once you finish one level, you're treated to a short cartoon-style FMV sequence before moving onto the next, almost identical, stage.

Aliens take the form of misshapen, barely recognizable sprites, hardly worthy of fear or even base acknowledgement. Backgrounds are drab and unimaginative. They repeat far too often, making us wonder if the graphics were put together in a day using old Commodore 64 games. Heck, even the humble C64 had better use of colors. As far as in-game graphics go, only the slick animation of the game's main character is worthy of redemption.

MIB's graphical highlights come in the form of the animated intros and cutscenes that pepper this cart. The intro scene is particularly good, although it would have been nice if these visual niceties didn't come at the expense of actual gameplay.

Your mosquito gun seems a lot weaker than it did in the movie, and even if it wasn't, you're never given enough time to react to attack. This sloppy game design also lets your energy bar be sapped by a never-ending stream of aliens that will continue to pop out of previously cleared areas.

So. there you have it folks - plenty of compelling reasons why Men In Black is not worthy of your attention. Now, just stare into this tube.... 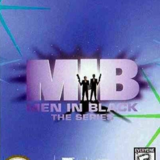 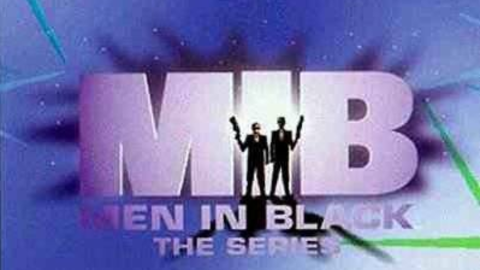 Men in Black: The Series

Based on WB's animated series, Men in Black continues the adventures of Agent J and Agent K. Through six challenging levels, you must help them protect humanity from illegal aliens.

4.3
Sign In to rate Men in Black: The Series