Men In Black: The Series 2 Review

In all, Men In Black isn't a bad game, but it isn't entirely exciting.

2D platform games are, by and large, close relatives of top 40 songs on radio. In many cases, platform games are very similar, having common goals such as "rescue the princess" or "collect X amount of items" and so on. The learning curve for many platformers is fairly low as well, as most use a very similar control scheme: one button to jump and another to shoot. Top 40 songs, on the other hand, tend to use the standard "verse, chorus, verse" pattern and end up sounding alike. They're generally easy to listen and tap your foot to. Men In Black: The Series 2 is no exception to this rule. The game plays just like the majority of 2D platform games out there, and it's very easy to play. While the game may have several glaring flaws, it ends up being a tolerable Game Boy Color title.

Based on the cartoon series, Men In Black: The Series 2 doesn't bring anything new to the table, which is pretty disappointing, since there are games like Wario Land 3 that are really pushing the limits of the GBC. It is good to point out that this sequel has improved on the original. This time around, you are able to choose either agent J or K, and the music overall is above average for a GBC game. Enemies are placed very sparsely throughout the levels, so the game really focuses on finding certain items and placing your jumps well. In terms of gameplay, Men In Black suffers from a slow moving camera, so in a good portion of the game, you're forced to jump blindly between platforms - occasionally landing right on top of something dangerous. The levels themselves are fairly small and easy to memorize, so after playing through them once or twice, you can really breeze through the game. The enemies and boss characters in the game all move in easy-to-learn patterns as well, so the replay value of this game is very low. While many experienced gamers may find Men In Black: The Series 2 far too easy to play, this title is aptly suited for a younger audience, who will probably find the franchise more interesting anyway.

In all, Men In Black isn't a bad game, but it isn't entirely exciting. It teeters somewhere around average. It would have been nice to see this simple "run, jump, and shoot" game offer more to keep you interested, but unfortunately, it never happens. 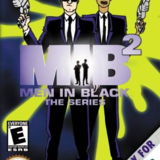 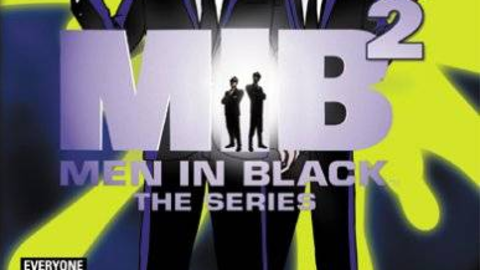 Men in Black 2: The Series

In all, Men In Black isn't a bad game, but it isn't entirely exciting.

5
Sign In to rate Men in Black 2: The Series