Only lacks the light to show the way.

You can play as Superman in a bunch of games. But despite the lack of a DC Comics license, or a set of red and blue tights, Megaton Rainfall offers one of the most engaging Superman experiences to date. The exhilaration of flight, the feeling of power, and, perhaps most importantly, the sense of personal responsibility for the planet, has never been captured quite like this before.

Megaton Rainfall is at its core an arcade-style shooter, but its priorities are far different than your average button-mashing, auto-scrolling game. You play as a superpowered being called the Offspring, brought to life by a mysterious cube for the sole purpose of stopping an alien invasion from destroying Earth. You start in space, and when the cube gives you control, you’re given a marker, showing where the aliens will make landfall. They may set their sights on only one city, but if they see they’re no match for you, they tend to flee halfway across the country to find a new target. Every mission involves shooting off to another city, waiting for the extraterrestrial threat, busting up their weapons of mass destruction, and taking the harvested energy back to the cube, who’ll convert it into new cosmic powers.

Megaton Rainfall looks rough around the edges, but where it lacks in eye candy, it makes up for in sheer scale. Earth is represented through a wide range of environments and bodies of water separating the aliens' primary targets. Despite underwhelming textures, moving to and fro can feel like you’re flying around the world, especially in VR, where the sheer sense of speed becomes a delirious distraction.

What makes every encounter truly thrilling is the game's unique life bar. It isn't measuring your own vitality, but instead the health of the city you're protecting. Every loss of life and bit of damage results in a storm of rubble and shrapnel, accompanied by the harrowing screams of the populace. Alien crafts can cause extreme damage, but so can you if one of your attacks misses its mark and hits a crowded street or city hall instead. One of the more tense elements later in the game comes when a particular alien craft starts dropping little green nuclear bombs that need to be tossed into the ocean or flown into the upper atmosphere, lest they detonate within a city. You never forget for a second just how many people stand to lose their lives if you fail, and the feeling of relief when you succeed, is an experience even some of the best superhero games haven’t quite been able to deliver.

As you can guess, you can't just fly around tossing energy blasts and heat rays willy-nilly. Each of the enemy spacecraft have their own glaring weaknesses to exploit, but getting into just the right position to toss energy or fire a heat ray is a careful process, one the game isn't always quite precise enough to handle. Some enemies move with fairly predictable patterns, but some have a habit of moving with such unpredictable behavior that hitting them without using one of your limited special powers is more a matter of luck than skill. Combine that with the fact that flight is sometimes a bit too responsive, making it easy to overshoot your target. More frantic fights can also get extraordinarily dizzying, a problem that's exacerbated when playing in VR. There's a rather impressive amount of options to tweak the VR experience, but even with most of the safety features turned on, hectic stages still feel disorienting. A lock-on function would've made all the difference in the world here.

Your arsenal is also mildly underpowered for much of what you'll be facing. The primary weapon is an energy blast that does decent damage but is also slow moving. The other powers you earn over the course of the game--the ability to stop time, a focused heat ray, telekinesis, a super dash, and the ability to drill underground--all have their uses, but cooldown times for each one often run longer than it takes for you to get into another situation that needs it. None of the challenges are impossible, but all of them require just a bit more work than they logically should.

Still, when Megaton Rainfall succeeds, even the relative problems fade into the background. Watching aliens crumble into a million pieces, stare in horror as a city gets eclipsed in a nuclear blast, watching a mothership collapse under fire, drilling into the Earth to stop a bomb from going off--all of these are the stuff of childhood dreams. To play Megaton Rainfall is to inhabit a flying superhero like nothing else in VR. 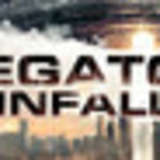 Justin Clark was able to complete Megaton Rainfall's primary missions in about four hours, half in and half out of VR. How Lois Lane flies with Superman so much and doesn't hurl up her last three meals is a mystery. A review code was provided by the publisher.