Weapons and abilities are easier to get and manage in this latest game, but the core gameplay hasn't evolved much.

Mega Man Zero 4 is more of the same, which may be good or bad depending on how you already feel about Capcom's long-running franchise. In this latest game, players once again have to guide the reploid Zero through some tough side-scrolling levels, as well as make thoughtful use of his blaster rifle, energy saber, and various elemental weapons to vanquish the enemies and bosses that routinely get in his way. Longtime fans will appreciate that it's easier to both outfit Zero with different weapons and manage his various special abilities in this game than it was in the previous one, but aside from some primarily cosmetic changes, this game plays just like every other Mega Man game does.

If you've played any of the other Mega Man Zero games, you already know how to play this one. The game's 16 levels are again organized in such a way that you can tackle eight of them in any order, with the remainder automatically occurring at the beginning, middle, and end of the story. Each level is an unforgiving mix of spike pits, slippery slopes, and split-second surprises, not counting all the gun-toting enemies that literally pop up at every opportunity. And, of course, there's an angry boss waiting at the end of each level. Compared to the previous game, the level designs in Mega Man Zero 4 are, perhaps, slightly less challenging. But at the same time, they're also more inventive. In one level, for instance, you have to steal the enemy's water cannons to put out fires engulfing the area. One feature that's new to Mega Man Zero 4 is the ability to change the weather. Before you start a level, you can toggle the weather between favorable and unfavorable conditions. In addition to changing the background graphics, your selection will also change the ruggedness of the terrain. For example, in the living city level, if you change the weather from sunny to snowy, the spike pits will be covered over with snow. In some levels, the default weather will force you to either fight against blowing winds or hack your way through snowdrifts to move, while the alternative will mean calm winds and smooth terrain. There are mild penalties for choosing "easy" weather conditions, however. The most significant is that you won't be able to acquire the boss's EX attack if you beat it with the weather in your favor. Diehard players probably won't ever make use of the feature, just because they'll want to collect all the niftiest attacks, but people that don't care about EX weapons will probably be very happy to change the weather to soften the game's difficulty.

Zero's basic abilities haven't changed since the last game. Other than running and jumping, he can perform a dash move that lets you get more distance out of jumps, in addition to a magnetic grab move that lets you slowly slide down the sides of ledges and walls. The grab can be used in tandem with jumping to perform a wall-jump maneuver that lets you reach higher areas. Eventually, you'll be able to add a double jump to his repertoire, and there are chip upgrades that you can equip to further enhance his speed and hang time.

Capcom took away the shield boomerang and recoil rod weapons that were introduced in the previous game, but those losses are more than offset by the addition of the zero knuckle, which lets players steal and use weapons from just about any enemy in the game. Once you rip an enemy to shreds with the zero knuckle, you'll be able to use its attacks until the ammo runs out. There are approximately 60 unique enemies in the game and just about as many different attacks. Some let Zero fire multiple shots or protect him with shields. Many have useful elemental side effects, such as being able to freeze enemies, douse fires, or burn away thick vines. Those elemental effects can also be used against enemies that are weak to a particular element, including bosses.

The zero knuckle is just one of a few ways that Capcom has made it easier to collect and manage weapons and abilities in this game compared the last one. Different battle chips can still be collected and equipped to both give Zero new attacks and bolster his defenses. But now you don't have to wait for enemies to drop them. Instead of dropping battle chips, enemies leave behind parts that you can use to fabricate whatever chips you want. EX attacks, which enhance Zero's blaster and saber with elemental effects, can still be collected by beating bosses, but now the only requirement for getting them is that you have to beat the boss in the default weather conditions. That's more user-friendly than going about it the way it was done in Mega Man Zero 3, which required you to maintain an A-rank from level to level to collect EX skills.

Best of all, the developer has greatly simplified and streamlined the cyberelf system. Cyberelves are tiny companions that can be used to do all sorts of things, like extend Zero's health meter, increase his running speed, or make it so that his blaster fires a certain type of elemental shot. In previous games, you had to first collect the cyberelves and then equip them based on whether they were "satellite" or "fusion" types--the latter of which disappeared when used and counted negatively toward your completion rank. Mega Man Zero 4 does away with all of that. In this game, Zero starts out with one cyberelf that can provide various health, weapon, and body enhancements just by activating and selecting different levels. You'll only get a rank penalty if you try to activate more levels than the elf's current maximum. Every time you complete a stage in the game, you can activate one more ability level on the cyberelf without penalty.

While all of these sundry changes are very much welcome, they don't change one bit how the game is played. You can equip three armor type battle chips and maximize the cyberelf's health-enhancing powers, but that still won't guarantee you'll make it through even the game's earliest levels. Zero's main blaster and sword weapons are still the weapons you'll use the most, and being able to jump high or far isn't nearly as important as memorizing when to jump--which is usually in split-second fashion across platforms situated between deadly spike pits and drop-offs. The Mega Man franchise is known for its tough level designs, and this game carries on the tradition.

By the same token, the graphics and audio are almost identical to what we saw in the last two Mega Man Zero games: low on detail but high on liveliness. On the one hand, the backgrounds look bland, because a lot of solid colors were used to draw them. On the other hand, they also jump out at you thanks to all the miscellaneous effects that are constantly happening, such as those used to animate falling leaves, blowing rain, and drifting clouds. It's also nice that each level has two unique weather schemes to pick from. A sunny level may seem relatively peaceful, but it's way more interesting when there are rain showers, blowing winds, and thunderclaps to observe and interact with. The characters also aren't as colorful or as detailed as the characters we've seen in other recent action games, but their Japanese manga-style looks are at least likable, and they're animations are remarkably fluid. As always, it's fun to watch an enemy split in two and then fall over after being cut in half by Zero's saber. The music backing up the graphics is high-energy and generally suits the action. The sound effects are nothing special, though, as they're just the usual assortment of explosions and lasers that Capcom has recycled for four games now.

Due to the lofty difficulty, it'll probably take most players a solid eight hours or so to run through the game the first time. Each level can be completed in a few minutes, in theory, but between multiple retries and going back to gather useful chip parts, those few minutes can easily drag out to a half hour at a clip. Once you master the game, there's also a "hard" mode to tackle and various minigames to unlock and play.

Longtime fans that aren't yet bored with the Mega Man formula will find more of what they like in Mega Man Zero 4. Of course, that also means that anyone who didn't already enjoy Mega Man before won't find anything to change his or her mind here. The core game is still tough-as-nails, even if all of Zero's weapons and abilities are much, much easier to manage here than they were in games past. 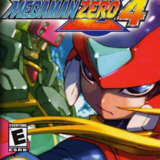 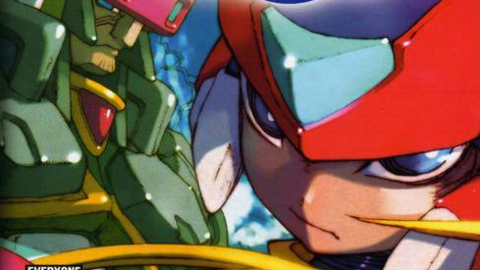 Play as Zero in Mega Man Zero 4 as you make your way through 16 stages, 16 bosses and 40 enemies. Battle with weapons seized from defeated enemies or fuse stolen enemy parts to create new items and abilities.