If you've enjoyed Mega Man games in the past or have been waiting for one that's a little less punishing, Mega Man Zero 3 is the game to get.

Mega Man Zero 3 could be considered the best of the GBA's Mega Man games. Capcom has once again given the Zero character his own solid--and oftentimes difficult--action shoot-'em-up featuring enemy-filled levels, huge bosses, and numerous suit and weapon upgrades. This latest installment includes more weapons, more suit upgrades, and more "cyber elf" ability enhancers than the previous games did, which should make it worthwhile for anyone left wanting more after the last game. It's also great for those who might have shied away from Mega Man games in the past because of their reputation for being uncompromisingly difficult.

The overall play dynamic is the same as in every other Mega Man game. You take control of Zero, a heavily armed reploid robot, and then run, jump, and shoot your way through enemy-filled levels with boss battles at the end. The two main things that help the Mega Man series stand out from other side-scrolling action games are its level designs, which are typically tricky and memory-intensive (requiring many deaths to master), and the various weapon and suit upgrades the games put at your disposal. The levels in Mega Man Zero 3 are tough as nails, but not unfairly so. Frequently, you'll come across a series of moving platforms situated above a bed of spikes, or have to make a series of jumps across large gaps from narrow ledges. You'll lose a few lives trying to get the timing right, but once you do nail it down, you can always reload your save data and get those lives back.

Despite the challenge, playing through the levels is extremely fun, not only because there are so many opportunities to discover secret passages and doorways by wall-jumping or using the flame buster to burn away undergrowth, but also because the bosses at the end of each level are entertaining to watch and satisfying to beat. Each one has a variety of attacks, some of which nearly fill the screen with bullets or deadly energy beams. On the fly, you need to figure out how to dodge the boss' attacks, when it's safe to shoot or stab at the boss, and, if possible, which suit to equip to deal out the most damage.

Zero's arsenal of weapons and abilities has grown quite a bit since Mega Man Zero 2, and this new game places a stronger emphasis on using the right one in the right situation. After playing through a couple of levels, you'll have access to all of Zero's basic weapons and abilities. These include the mega buster cannon, the Z-Saber sword, and the shield boomerang that were in the previous game, as well as a new weapon, called the recoil rod, which can be used like a pogo stick to bounce high into the air. You can have two weapons active at any given time and switch between them in the pause menu. Each weapon also has a powerful secondary attack that can be performed by holding the B button down for a few seconds.

As if that weren't enough, you can unlock new combo attacks for each weapon by earning high letter grades for each level, which generally means finishing up quickly without absorbing a lot of damage. The first bosses that you beat will give Zero a series of suit upgrades--fire, ice, and electricity--that you can switch between at any time while playing. Most enemies and all the bosses are susceptible to a particular element, so wearing the right suit can make the going a lot easier. Two other suits, which eliminate recoil and make Zero light enough to walk over crumbly terrain, also become available as the game goes on.

Zero's basic abilities, other than running and jumping, include a dash move that lets you get more distance out of jumps and a magnetic grab move that lets you slowly slide down the sides of ledges and walls. The grab can also be used in tandem with jumping to perform a sort of wall-jump maneuver that allows you to reach higher areas. As is the case with the various suit upgrades, talking to certain characters at the home base or beating some of the game's later bosses will give Zero access to a number of different head and foot upgrades that can enhance his basic abilities. The most useful of these can increase Zero's running speed, provide access to a double-jump move, and greatly reduce the time it takes to build up a charged attack.

The "cyber elf" system allows you to further upgrade Zero's abilities, in addition to giving you a helping hand in a particularly difficult level. Cyber elves are intelligent computer programs that can be used to do all sorts of things, like eliminate small enemies from a level, double Zero's health meter, make Zero run more quickly, or slash a boss' health meter in half. You'll find them all over the place, usually locked up in crates, although sometimes an enemy will leave one behind or another character will give you one as a reward for talking to him or her. Some effects last only one level, while others last the entire game. In Mega Man Zero 2, the use of cyber elves was pretty restricted. Each one disappeared after being used and, to add insult to injury, the game would deduct points from your overall letter grade for the level just for using them.

Mega Man Zero 3 takes a more lenient approach by distinguishing between "satellite" and "fusion" cyber elves. Fusion cyber elves still disappear when used and still count against your overall letter grade, whereas satellite cyber elves can be equipped and swapped out during a level, and they don't disappear or count against you in your evaluation. Zero can have up to two satellite-type cyber elves equipped at any given time. Due to this one "little" change, Mega Man Zero 3 comes across as more open-ended and flexible than either of the two previous Zero games.

Capcom has also gone to great lengths to make the overall packaging and presentation of the game's 16 levels seem interesting. With the exception of a few specific levels here and there, you can pick and choose the order in which you want to complete the levels. The level selection is handled from a home base area that has its own rooms to explore and characters to interact with. Most of the story is told here too, through conversations between Zero and the other rebel reploids. Longtime followers of the franchise will likely be overjoyed with the story in this installment, since it fills in the gaps between the Mega Man X and Mega Man Zero timelines, and finally reveals the origin of the reploids and cyber elves.

The background and character graphics in Mega Man Zero 3 are a little behind the times when compared with similar games like Metroid: Zero Mission or Castlevania: Aria of Sorrow, particularly because Capcom recycled some of the graphics from Mega Man Zero 2 to put this game together. But the impressive amount of animation and detail nearly makes up for the game's dated overall look. Zero, the enemies, and the bosses all transition smoothly from one action to the next, and there are lots of reactions to look out for--such as the way some enemies burn up after being hit with the fire shot or split in two after being hit with the Z-Saber. A number of different environmental effects spice up the otherwise average-looking backgrounds, such as falling snow, raindrops, fog, and underwater distortion. As for the audio, the music is fast-paced and suits the action fine, and the sound effects are, for the most part, the usual assortment of explosions and laser-gun noises you'd expect to hear in a game like this. The exception are the dozens of different vocal responses that Zero and the other characters have for various situations--namely for absorbing damage and discovering secrets--all of which are great.

The game has a number of miscellaneous features that further enhance its appeal. After completing it for the first time, you'll unlock a "hard" mode and a minigame based on the recoil rod weapon. Seven other minigames, along with an even tougher "ultimate" mode, can be unlocked by playing through the game multiple times and achieving certain letter grades or beating it with different weapons. Each time you start over, you have the option of starting a whole new game from scratch or starting a new game but holding onto the upgrades and cyber elves you collected in the previous game. This carryover option isn't just a tacked-on bonus. Many early levels have spots that can be reached only with upgrades found later in the game, and some of these spots lead to areas and items that you can't otherwise get to during the first run through.

Lastly, if you happen to own a copy of Mega Man Battle Network 4, you can use a link cable and another GBA to send battle chips into Mega Man Zero 3. Some chips give Zero additional EX attacks and extra cyber elves to use, some chips change the appearance of Zero's weapons, and some chips can transform the enemies in certain areas into creatures from the Mega Man Battle Network series. There's nothing exclusive gained by using the link feature, but it's a nice bonus for anyone who has Battle Network 4 and a spare GBA lying around.

Overall, Mega Man Zero 3 is easily the most diverse and accessible Mega Man game yet. All the various weapons, suits, body upgrades, and cyber elves provide endless opportunities for customization. Fans of the series will be glad that the levels and bosses are just as challenging as always, and tickled pink to finally learn the true story behind the existence of the cyber elves and reploids like Zero and X. At the same time, less-experienced players will appreciate how Capcom has fine-tuned the gameplay. If you've enjoyed Mega Man games in the past or have been waiting for one that's a little less punishing, Mega Man Zero 3 is the game to get. 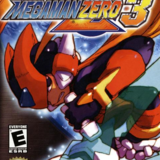