The difficulty will discourage many players, but Mega Man Zero 2 belongs in the collection of anyone who considers themselves an aficionado of action games.

Fans of Capcom's Mega Man franchise will be right at home with Mega Man Zero 2. The game doesn't break any new ground in the side-scrolling platform shooter genre, but it does improve upon everything that was good about the previous game. The levels are lengthier and require insane amounts of jumping and shooting; the bosses are larger and really flex the GBA's graphical capabilities; and there are all sorts of suit and weapon upgrades to acquire based upon how well you perform within a level. The intense difficulty may turn some people off, but, otherwise, Mega Man Zero 2 is the kind of game that belongs in the collection of anyone who considers themselves an aficionado of action games.

Mega Man Zero 2 picks up where the previous game left off. Humans and reploids are still in conflict over the world's remaining energy resources. Reploids--like Ciel, X, and Zero--were originally built by humans to make life easier, but humanity turned against its creations when energy resources began to diminish. Technically, the outcast reploids are the good guys and the humans are the bad guys. During much of the game, you'll take control of Zero and go on missions meant to prevent the humans from destroying the last remaining reploid base. Eventually, a young reploid leader named Elpizo comes forward with a plan to wipe out the humans once and for all. This doesn't sit well with Zero and, ultimately, places you on both sides of the conflict.

From the get-go, Zero has a wide variety of moves and weapons at his disposal. You can run, dash, and jump, as well as cling to walls for brief periods of time. In some levels, there are spots where you can jump from one wall to the other to reach areas high in the air. Unlike previous Mega Man games, you don't need to acquire parts to add weapons to your inventory. Zero has all four weapons right off the bat. These include the mega buster cannon and z-saber sword, which have become the mainstays of the Mega Man series, as well as the shield boomerang and chain rod. The shield boomerang functions as it did in the previous game by allowing Zero to reflect shots back to the enemy. The chain rod is new and works pretty much like a grappling hook. It allows Zero to retrieve items and latch onto the ceiling. You can have two weapons active at any given time, and you can switch between them from the pause menu. The more you use each weapon, the more experience you'll gain, which unlocks additional combination and charge-up attacks.

In the original Mega Man games for the NES, Super NES, and PlayStation, you had to absorb a boss' power to gain elemental abilities and suit upgrades. Although the first three bosses in Mega Man Zero 2 do provide Zero the ability to add fire, ice, and electricity to his attacks, the majority of suits and attack upgrades are based on your actions within a level. There are nine different power suits to collect. To unlock a new power suit, you need to satisfy certain conditions. For example, grabbing 25 life capsules in a single level will earn you the energy form, which doubles the amount of damage you can take. Each suit also adjusts Zero's power and defensive ratings and adds an additional attack to one of the weapons. You can add EX attacks to your weapons as well, but the only way to unlock them is by completing a level with an A rank or better. It isn't easy to earn EX attacks, especially if you waste time collecting the different power suits, but the effort is worth it. An EX attack, combined with the right elemental ability, can destroy a boss in eight hits as opposed to 50.

The "cyberelf" system provides another layer of flexibility, with respect to healing and upgrades. Within each level, you can find cyberelves by eliminating enemies or freeing them from crates. In some ways, cyberelves are similar to Pokémon characters. When you activate one, it will bring about a beneficial effect, like removing small enemies, increasing Zero's health meter, and/or making Zero's attacks more powerful. Back at the base, you can feed cyberelves to help them grow and make their effects last longer. In all, there are 74 different cyberelves to collect. The majority of them bring about temporary effects that last a single level, at the most, but some remain active throughout the entire game. Either way, once you put an elf to use, it disappears, and you can't use it again. When you activate a cyberelf, it counts against your performance rating. This can make it difficult to acquire the full set of EX attacks, but, for some players, the ability to carry around an "8xMax" health meter will prove more valuable than a flashy attack you may or may not use.

Even when you factor in all of the various upgrades--power suits, EX attacks, elemental abilities, and cyberelves--you'll probably find that Mega Man Zero 2 is one of the most challenging games you've ever had the chance to play. The Mega Man series has always been known for its intense difficulty, and this game continues that tradition. Enemies barely take more than a few shots to destroy, and their attack patterns aren't all that complex. However, the number of enemies in each stage is so plentiful that it's important to figure out and recognize their patterns quickly to avoid having your health whittled away before you reach the boss. Each boss has three to five different attack patterns and can easily obliterate Zero in a handful of hits. Along the way, every level has something in it that will take your nerves to the limit, like moving platforms, spike pits, lengthy dash-jumps, repeated wall-jumps or grapple points, train cars that you need to jump between, crushers that can kill you in one hit, breakaway platforms suspended above deadly lava or spike pits, electrical fields that only shut down for a few seconds at a time, lava flows that follow you up a mine shaft, and the list goes on and on. Capcom basically took the cool moments from every other action game and put them into a single cartridge.

As long as you don't mind the intense difficulty, Mega Man Zero 2 is a fun game that offers plenty of incentive to play through it multiple times. The story fleshes out many of the mysteries of the entire Mega Man series, but a few of the juicier plot tidbits aren't revealed until you play through the game a second time on the hard difficulty setting. The game gives you six save files to use, and it's not a bad idea to use one of them to practice each mission before you run through it on your main file. That way, you have a better shot at gaining suit upgrades and EX attacks, which makes it easier to defeat some of the later bosses in the game. The reploid base acts as a hub for the 16 different missions in the game. Once you've completed a level, you can replay it over and over again to go back and get whatever cyberelves you may have missed. Since certain cyberelves can ease the difficulty of the game somewhat, you'll enjoy yourself that much more if you take the time to find them. Unfortunately, bosses don't reappear, which makes it impossible to earn a particular boss' EX attack once you've defeated him. Despite that one annoying gripe, it's still nice to have the chance to go back and refill your energy tanks in an area you're already familiar with. Most stages have a number of optional pathways, so you rarely feel like you're playing the exact same level all the time. The game also has a link cable mode, which allows you and a friend to race one another through a subset of stages, primarily for bragging rights, although you can gather items and cyberelves in this mode as well.

For visuals and sound, Mega Man Zero 2 has the same sort of beautiful graphics and Super NES-style music that its predecessor had. The game's levels are huge and often expand as far upward as they do forward. Minor details, like neon outlines in the walls and flickering lights on computer displays, are just as easy to spot as the leafy trees and hazy pools of water that form the general theme of each level. The game also makes use of full-screen fog and steam effects similar to those found in Nintendo's much-lauded RPG, Golden Sun. Bosses frequently take up more than a quarter of the screen, and some of their attacks simply assault the screen with explosions and giant laser blasts. The animation is great too. Zero transitions nicely from one action to the next, and his blonde mane is always undulating in response to every move you make. When you destroy an enemy, it usually explodes right off the bat. If you slash it with the z-saber, however, it'll split in half first. As for the audio, the music is dramatic, fast-paced, and full of instrumental and vocal effects you don't often hear in a GBA game. The sound effects are nothing special, but the variety of explosions and laser fire is generally good.

All in All, Mega Man Zero 2 manages to remain faithful to the franchise's roots, while, at the same time, taking it in new directions with respect to characters and gameplay. Fans of the series shouldn't hesitate to pick this one up. As for everyone else, the difficulty is certainly high enough to discourage many players, but the reward for tenacity and perseverance is one of the best action games to date for the Game Boy Advance. 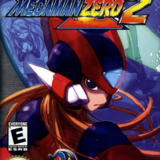 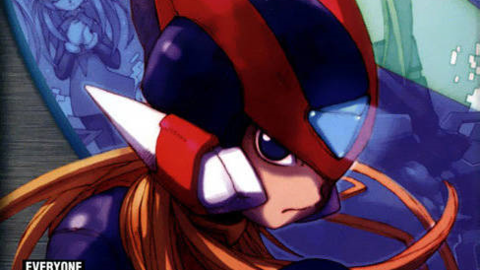 The difficulty will discourage many players, but Mega Man Zero 2 belongs in the collection of anyone who considers themselves an aficionado of action games.