Fans of the classic 2D games will no doubt find much to love in X5, while those who can't get into the aging conventions and mechanics probably won't care a great deal for it.

Capcom's 2D Mega Man games haven't changed a great deal in the past 14 years. Each installment in the far-reaching series seems to build on the gameplay formulas established by the original game, though none really attempts to challenge the series' roots. The games, to this day, adhere strictly to the 2D action platformer routine, which Capcom apparently feels is still relevant. Luckily, for fans of that style, Capcom's grasp of 2D design is quite solid--few of Capcom's 2D Mega Man games end up disappointing. Capcom's latest effort, Mega Man X5, is no different.

In Mega Man X5, you assume the role of both the Blue Bomber himself and an android named Zero--the X series' recurring costar. Zero can swing a plasma sword with as much finesse as Strider Hiryu, not to mention absorb the powers of his defeated enemies. Mega Man (or X, as he's called in the series), on the other hand, behaves more or less like he has for years--he jumps, he shoots, and he can even affect a Princess Toadstool-like float, thanks to his magnetic boots. If you play as Zero, your strategy will probably revolve around his three-hit combo, which requires you to rush in very close to your enemies. As Mega Man, conversely, you'll find it useful to pick your foes off from a distance, occasionally charging the mega-buster for a larger blast. Both characters make use of the power-ups dropped by defeated bosses.

Anyone familiar with 2D action gameplay will know just what to expect from Mega Man X5. The stage layout is classic Mega Man--each boss has his own domain, which you must penetrate in order to ultimately face him in a one-on-one duel. The stages themselves are fairly large and for the most part linear; while there are no true hidden paths to be found, there is usually more than one way to overcome the obstacles on each screen. Success depends on being able to blast enemies efficiently, being good at executing tricky jumps, and learning enemy patterns. Players reared in the 16-bit era will know the drill well.

The bosses in X5 are fairly interesting. Though, when compared with the unique bosses found in the non-X series games, the Mavericks, as X5's bosses are called, seem a bit tame. Most of their forms are basically bestial, and their powers more or less reflect this; there's a bear cyborg, a whale cyborg, and a sort of evil Pegasus-like cyborg, among others. Of course, when they're defeated, you adopt a version of their power, which use you can use in your further adventures. Breaking up the monotony are small mini-encounters, which serve to infuse a bit more action into the game's often lengthy narrative sequences.

There is much talk going on between levels, and the game's narrative seems quite lofty. Basically, after the bloody Reploid Wars ran their course, civilization again flourished, and lunar colonization began. In the year 20XX, though, the moon's largest orbital colony, named Euasia, comes under terrorist attack. After said terrorists compromise Euasia's artificial gravity device, sending the huge satellite on a direct collision course with Earth, the Hunters feel forced to take action. Naturally, the benevolent Hunters--the pro-human cyborg group to which X and Zero belong--make it their business to stop that satellite. The game's narrative cutscenes are composed of hand-drawn static images with superimposed text. Since very little text is onscreen at any given time, the cutscenes can seem rather long. Luckily, they're very pleasant to look at; Capcom's character-design skills aren't the least bit questionable.

Everything in the world looks as lush as you'd expect it to. The game's sprites are of a decent size, and they're detailed in the way that only 2D sprites can be. There is often a bit of slowdown, but, in truth, this is something we've learned to deal with when playing 2D games--especially on such a RAM-deprived machine as the PlayStation. The game sounds just like you'd expect it to; the rousing guitar licks prevalent throughout rock more than they roll, and they definitely have a classic low-fi, cart-based quality. The overall production keeps with the game's theme--it's very nostalgic, sometimes unforgivingly so.

Games that adhere to such a well-defined and well-established system seem beyond both praise and reproach; they simply exist, and those who are inclined to play them will do just that, knowing that they'll enjoy every minute. Needless to say, this applies to any non-3D Mega Man game. Fans of the classic 2D games will no doubt find much to love in X5, while those who can't get into the aging conventions and mechanics probably won't care a great deal for it. In any case, it's fair to warn that the game is rather short--a well-versed 2D-platformer player could conceivably blow through the game in the neighborhood of five hours. Plan your trips down memory lane with this in mind. 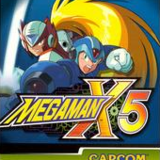 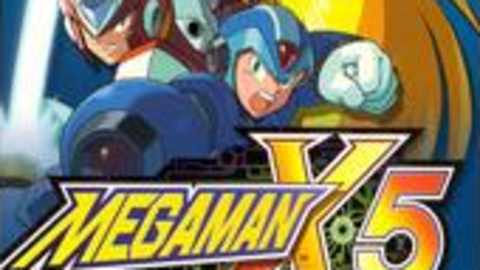 Fans of the classic 2D games will no doubt find much to love in X5, while those who can't get into the aging conventions and mechanics probably won't care a great deal for it.