While the game is too short and too simplistic, there's still a good time to be had here for Mega Man X fans.

Mega Man, in all his incarnations, has droves of loyal fans, and many of those fans have followed his exploits through wave after wave of action games. Mega Man X: Command Mission steps a bit outside the blue bomber's usual turf, fitting his latest adventure into the frame of a turn-based role-playing game while matching X (as Mega Man is known in this series) against evildoing mavericks once more. The transition to the more measured pace of a turn-based battle system is handled surprisingly well, and while the game is too short and too simplistic, there's still a good time to be had here for Mega Man X fans.

Things open up with X, his powerful companion Zero, and a maverick hunter named Shadow being dispatched to investigate renegade reploid activity on the island of Gigantis. Things don't go as smoothly as planned, and the company is separated after being beset by a group of powerful foes who serve as officers for the Rebellion Army, an organization that seeks to actualize the full extent of reploid abilities by attacking everyone who doesn't buy into their ideals. X ends up having to scrape together a force to oppose the rebellion, and this provides the justification for putting together a party and then fighting a series of increasingly strong enemies until the threat has been eradicated. The game is organized into 10 chapters, and it emulates the typical Mega Man experience by having you progress through fairly linear stages with boss characters at the end of them.

The fighting is the thing in Mega Man X: Command Mission, as the battle system is the game's best feature. You can field three reploids at a time, and quickly swap in any of your reserve characters with a simple button press without sacrificing a turn. Each character and enemy will have a chance to act based on his or her relative speed, and there is a meter along the bottom of the battle screen that lets you know what the order of the turns will be. This meter also tracks the relative health of enemies and allies using a bar graph, allowing you to see at a glance how your fighting force is doing. The basic suite of attack options consists of your robot's main weapon and any secondary weapons it may have equipped--these secondary weapons being anything from shoulder-mounted missiles to items that let you steal from enemies. The limiting force that you'll have to watch is weapon energy (WE). All characters have it, regenerating a set amount of it per turn, and every attack they make consumes WE according to the strength of the weapon or ability used. If you have enough WE saved up, you can let loose with a character's special attack, called an action trigger.

Action triggers are abilities specific to X and his friends that will completely empty that character's WE bar when used. Everyone has a different power. For example, Axl has a DNA ability that allows him to take the form of a boss you've fought before and unleash a single attack, and Cinnamon has a healing ability whose strength depends on how fast you're able twirl one of the control sticks. The use of these powers is equal parts skill and gamble, wagering all your accumulated energy on your twitch reflexes and your luck. They're a lot of fun to use, but because of their high cost and uncertain payoff, you'll need to carefully consider when and where to attempt to employ them.

But wait, there's more--every character also has an alternate form when he or she goes into hyper mode. Hyper mode dramatically boosts all stats for a limited number of turns, and it is most useful against the game's large and powerful bosses, letting you inflict and absorb big chunks of damage. While it would be easy to let such an ability be cheap and overpowered, Capcom has included a turn limit for their use, and the power of the bosses you'll face balances the hyper mode well. What does feel a little overpowered is the "final strike" ability, which is triggered when you've emptied a certain percentage of an enemy's health during one turn. Final strike lets all onscreen allies attack at once with a huge barrage of firepower, polishing that last bit of enemy health off in an assault that's as satisfying as it is gratuitous.

It's fortunate that the battle system's many bells and whistles are so well executed, because the encounter rate in the game can be ridiculously high. Fleeing from fights generally isn't too much of a problem, though, and you'll often find yourself doing so to proceed to the next area (something that usually requires you to solve a simple puzzle) more quickly. And, despite the frequency of enemy encounters, completing the game's various zones doesn't take very long. Mega Man X: Command Mission can be finished in roughly 15 hours, due to the linear design and the fact that there isn't much reason to linger in any of the areas. There are a number of items you can collect as you move around a level, but picking them up isn't a very involved or difficult process.

The game's plot is a nice side story to the Mega Man X universe, and it's laid out with a minimum of exposition, which is not at all a bad thing. There are some extras to discover via the deployment system, which lets you use enemy reploids you've found lying around different areas as an expeditionary force to the game's zones in search of goodies. They can return with anything from music, video clips, and sketches to money and force metals. Force metals are items that can be equipped to your characters to boost their stats and immunities to elemental attacks and status disorders. Once you've gotten Cinnamon in your group, she'll be able to create new force metals out of existing force metals and other items, letting you craft ways to boost your stats. The extras are nice, and in the case of force metals, they're helpful as you progress through the game, but they don't pad out the experience a whole lot.

The style of the game is ruled by a strong cartoon look that works well with the character designs to bring X and his friends to nicely detailed life. The new characters you'll recruit to fight alongside X, Zero, and Axl all have distinct looks of their own, and they all have their own style of movement. The boss characters in particular are large and distinctive. The environments are treated a little more simply than the characters are--you're seemingly always moving through a series of hallways, though the hallways will look slightly different depending on what area you're in. The graphics look good on both the GameCube and the PS2, with the GameCube version coming out a bit crisper.

The only other notable differences between the two versions of the game are a couple of extras. The GameCube version allows you to hook up your Game Boy Advance via the GC-GBA link cable to scout out treasures that would otherwise be invisible to you. The PS2 version has a special item that, when located, allows you to unlock a short demo for the upcoming Mega Man X8.

The soundtrack for the game lives up to the Mega Man tradition of peppy tunes with lots of synth, and the included tracks match the action well. The various robot clanks, whines, footfalls, blasts, and explosions round things out nicely, and even the earnest voice work in the game holds up well.

Mega Man X: Command Mission has a great grasp of battle mechanics, but it doesn't have too much meat on its bones. Mega Man fans who have grown weary of the usual action fare will find this game to be a nice diversion, with a good narrative and enjoyable battles. However, those with just a passing interest in the realm of Mega Man X will probably be able to satisfy their curiosity with a rental. 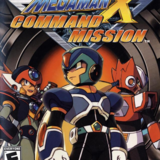 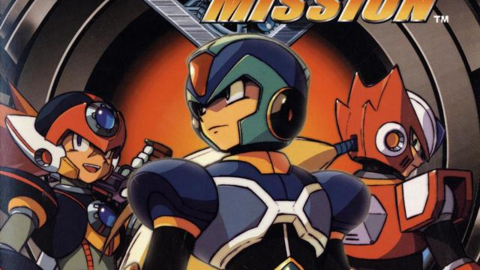 While the game is too short and too simplistic, there's still a good time to be had here for Mega Man X fans.