Mega Man Star Force 3 is another disappointing installment in a tired franchise in need of a reboot.

When you release a game that is effectively the ninth entry in what is already a stagnant franchise, keeping things fresh should be a primary concern. Capcom, however, seems content to drive whatever potential the Mega Man role-playing games had into the ground with Mega Man Star Force 3. Based on the Battle Network series from the Game Boy Advance, Star Force 3 retains essentially the same gameplay mechanics and presentation as its predecessors. If you've never played any of the previous Mega Man RPGs, you'll probably enjoy the solid battle mechanics in Star Force 3. Still, the inane plot, annoying characters, and aged visuals are reason enough to avoid this tired retread.

As Geo Stelar, you become Mega Man and explore the wave world by merging with an alien named Omega-Xis. This time, the obligatory evil organization bent on world domination is called Dealer. Its members, each with a corny playing-card-themed persona like Queen Virgo or Jack Corvus, are attempting to gain control of a meteor heading for Earth, and your goal is to stop them. Despite its mature themes, the plot is primarily told through insurmountable walls of inane dialogue from characters who rigidly conform to stereotypes you've likely encountered countless times before. Geo's group of friends includes a computer whiz kid; a fat, bullish classmate whose main concern is food; and a prissy girl whose only motivation throughout most of the story is to win her student-body election. Plot twists are predictable and, too often, character dialogue is used to spell out and remind you of events that have already occured, just in case you missed them the first (or second or third) time.

Star Force 3's saving grace is its intricate battle system. Encounters take place on a 3-by-5 grid, which you view over Mega Man's shoulder. Each turn, you can choose from a random set of six offensive or defensive battle cards. Emphasis is placed on the timing of your attacks and on evading enemy fire by sidestepping left or right. When you succeed in battle, you gain more-powerful cards instead of leveling up as you would in a traditional RPG. Discovering items in the environment or forming friendship bonds with other characters increases your maximum health and allows Mega Man to learn new abilities. Intense boss battles, a hallmark of all Mega Man games, are just as engaging and challenging here. Each enemy requires you to use a different strategy and to fine-tune your 30-card deck, so returning to the same bosses throughout the game always yields a new encounter.

Sticking with the playing cards motif, Mega Man Star Force 3 is available in two versions: Black Ace and Red Joker. These refer to the different ultimate transformations Mega Man can make in each game. Defeating certain enemies releases "noise," which is a kind of electromagnetic pollution that you absorb during battle. Depending on which battle cards you use and how quickly you dispatch enemies, Mega Man "noise changes" and gains abilities specific to his new form. For example, the wolf form makes him vulnerable to fire-based attacks but increases the damage he causes from wood- and sword-based battle cards. Different noise changes are available in the two versions of the game, but there's really no reason to buy both. The characters and story are identical in each. If you happen to know someone with the other version, you can link up locally or over the Nintendo Wi-Fi Connection to trade battle cards and unlock a more-powerful ultimate transformation for Mega Man. You also have the option of battling up to seven friends as long as each person has a copy of either Black Ace or Red Joker.

Nearly every aspect of Star Force 3's presentation is recycled from previous entries in the series. Except for the battle animations, there's nothing in Star Force 3 that would look out of place in one of the older Game Boy Advance games. The character models, all lifted directly from earlier games, animate terribly if at all. There are only four main environments during the majority of the 30-hour-plus campaign, and they are all generic and uninspired: the town, the mall, the beach, and the police headquarters. Even the music, typically a high point in other Mega Man games, is bland here. The visuals and audio serve their function adequately, but it's disappointing that the presentation values aren't on a par with those of other DS games.

The first few Battle Network games were great, and there's certainly plenty of potential for an RPG series starring Mega Man. Unfortunately, the series has progressed very little in the last eight years. If you've never played a Star Force game or if it has been a while since you've picked up the Battle Network series, then you might find some fun here. The solid battle mechanics and satisfying boss encounters will probably be enough to pull you through the inane plot and aged visuals. If you've played any recent entries in the series, you'll want to avoid this shameless retread of an already tiresome formula. 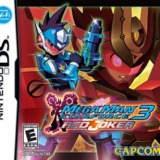 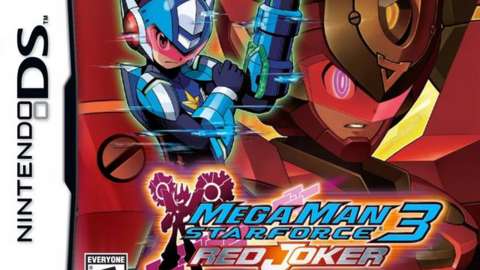