Maverick Hunter X is a remake that will appeal to old-timers and newcomers alike.

Game remakes are kind of a funny thing. If polled, the vast majority of people would probably say they prefer new game experiences to dressed-up versions of old games, but remakes certainly seem to have their place in the lexicon of gaming. After all, not everyone had the opportunity to play many of these games back in their heyday, and remakes like Resident Evil on the GameCube, Conker: Live & Reloaded, and Double Dragon Advance have shown that with the right amount of effort, even old games can feel new again. Mega Man Maverick Hunter X is the latest example of a publisher taking an old title--in this case, Mega Man X for the SNES--and revamping it for a modern platform--the PSP, in this case. If you've played the original Mega Man X, the setups, scenarios, and battles will seem largely familiar to you. Visually, however, this is completely new, with crisp 3D graphics to modernize the experience and some new anime vignettes to help tell the story. Toss in some cool bonus content and the same great gameplay as the original, and you've got a remake well worth playing.

As any card-carrying Mega Man aficionado will tell you, the Mega Man X series was something of a departure for its time. Sure, it was still a side-scrolling action platformer starring everyone's favorite blue robot boy, Mega Man, but the game took place several years after the events of the original Mega Man titles, and took on a slightly edgier tone. The story revolved around Mega Man (or X, as he's called here) hunting down a number of renegade reploids known as Mavericks. Reploids are typically the sorts of genial, helpful robots that do many of mankind's more laborious tasks. But when an evil reploid (and former Maverick Hunter) by the name of Sigma leads a revolt and turns a number of his fellow robots into Mavericks, X must set out to destroy the revolution much the way he always has--by picking from a number of available boss stages, blasting his way through them, defeating the boss at the end, and taking his weapon.

For all its posturing to the contrary, Mega Man X really was just a marginally slicker take on the same sort of Mega Man action we've all known and loved over the years--and that's just fine. Though the X series did eventually run out of steam as the years went on, the original Mega Man X is one of the best Mega Man games out there, and Maverick Hunter X does nothing to ruin that. The gameplay pops just as well as it did back in 1993. All the same mechanics and upgrades from the original game ring true in the remake, too. As you defeat the bosses you can usurp their weapons. You also have your default blaster, which can shoot both quick shots and bigger, more powerful charged shots. X can leap off of walls and earn armor upgrades that give him new abilities, like dash attacks, reduced damage taken, and new blaster shots.

How X gets these upgrades is one of the few things that have actually been altered in the overall game design. You still gain these upgrades by visiting assorted capsules spread throughout the different boss levels, which have evidently been placed there by X's creator, Dr. Light. But which stages contain which upgrades has been shuffled. Because in some cases certain abilities are needed to defeat certain bosses (having the dash attack to beat Storm Eagle, for instance), this does radically change the order in which you tackle each stage. The bosses themselves also are slightly different. It's very minor, but if you're intimately familiar with the original game, you might notice slight differences in the attack patterns of each boss. It's nothing game-changing, though, and for the most part you fight each boss exactly the same way. Beyond the boss fights and Light's capsule placements, the level designs are almost entirely the same throughout the game. Enemy placements, jump puzzles, and the like are all pretty much how you remember them, albeit with a fresh coat of paint on each one.

The graphical overhaul given in Maverick Hunter X is really excellent. You still play the game as a 2D side-scroller, but everything has been rendered out in 3D, giving the game a visual style more akin to something like the more recent X games on the PlayStation 2. What's more, it's all very sharp looking. The animations are extremely smooth, and all the different character designs are bright, colorful, and frankly just look like fantastic 3D interpretations of the same enemies you remember from the SNES era. Even subtle effects like explosions and weapons fire just look more impressive, and although this is just a side-scroller at heart, this is definitely one of the better-looking PSP games out there. The updated audio in Maverick Hunter X isn't quite as impressive as the graphics. The addition of voice acting for the different interludes between boss fights is an interesting wrinkle. Some of the acting feels a little off in spots, but for the most part the game just seems to be going for the ultraexaggerated, anime-esque inflections, and it pulls it off. The remixed music tracks have mixed results. Some are just as catchy as the original tunes, and others are decidedly inferior. It's not that any of them are bad, exactly, but there are times where you'll pine for the ancient synth tracks of the 16-bit era.

For as great as Maverick Hunter X is, it is still based on a fairly short side-scroller. Make no mistake, there is certainly a solid level of challenge to be found in this game, and overall it should take you at least a few hours to beat the first time through. But at the same time, a few hours of great gameplay isn't necessarily enough to make it a worthwhile purchase. Fortunately, there's additional content to beef up the package. After you've beaten the game the first time through, you unlock Vile as a playable character. X historians will recognize Vile as X's archnemesis and a relentless Maverick Hunter. Vile plays similarly to X, although with a ridiculous amount of weaponry that can be fired from his arm, shoulder, and leg, respectively. Beating different bosses unlocks new combinations of weaponry with new abilities, and there's a pretty insane list of combinative weaponry to choose from as time goes on. On top of being able to play as Vile, there's also an unlockable 24-minute anime video that delves into some of the game's unique backstory and provides some insight into Sigma's motives. Toss in multiple difficulty levels, and you've got a good deal of stuff to play through and check out. 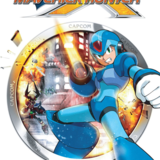 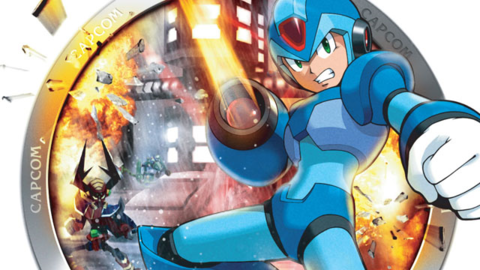 Mega Man Maverick Hunter X continues the X series of Mega Man titles on the PSP. You can blast your way through 13 levels as you try to stop the evil Sigma and his band of reploids from leaving the world in ruins.