Mega Man Legends is an unembellished port of a forgettable 3-year-old PlayStation game.

Mega Man Legends is an unembellished port of a forgettable 3-year-old PlayStation game. If you're a big Mega Man fan, chances are you own a PlayStation and, therefore, have no compelling reason to buy Mega Man Legends for the PC. Those who aren't familiar with Capcom's Mega Man series can also skip this game, because it's very old and not especially fun for the 35 long hours it takes to finish. In closing, while there are still many issues that divide us, this is not one of them. Thank you and good night.

To match the amount of effort Capcom put into the port, that's really where the review should end. Unfortunately, although there isn't too much more to say about Mega Man Legends, the review must continue. All the previous Mega Man games have been side-scrolling shooters. Legends, however, attempts to expand the series by being a 3D action/role-playing hybrid in the spirit of Legend of Zelda for the Nintendo 64. It tells the story of Mega Man, his sister Roll, his grandfather, and their pet monkey. They crash-land their airship on an island called Kattelox. While trying to repair the ship, they become embroiled in an effort to save the island from attackers. Ultimately, they end up learning a lot about the origins of Mega Man and a few valuable lessons about the power of friendship and getting bigger guns attached to your robot arm.

In the strict tradition of these types of games, you walk around sections of the environment and talk to everyone until somebody finally tells you what to do next. After you do it, a new area might open up, though you may have to talk to a few more people and complete a few more tasks first. In between, you can purchase new items for Mega Man at various shops. As in most console role-playing games, there is a dog that says "woof" when you try to talk to it, and many people have lost things.

The "action" part of "action/role-playing hybrid" refers to the combat system. Enemies attack in simple patterns, and you have to shoot them. Many of these battles take place in underground tunnel areas in which the control scheme makes aiming difficult. Instead of adjusting the controls to take advantage of the PC mouse, the game utilizes a cumbersome system whereby you use a gamepad's shoulder buttons to turn. In fact--even though you shouldn't bother anyway--if you don't have a gamepad, you really shouldn't bother with Mega Man Legends. Though there's a button that supposedly locks your aim on to enemies, it doesn't work very well, as the lock is lost as soon as an enemy scoots off the screen.

The environments are colorful, and, though geometrically simple, they display a surprisingly deep view distance. Unsurprisingly, though, the graphics that weren't noteworthy in 1998 haven't gotten better with age. Three years and the migration from your forgiving television five feet away to a high-resolution monitor eight inches from your face have not been kind to Mega Man Legends' visuals, and the developers made no attempt to improve them.

The frequent cutscenes are integrated seamlessly into the game, since they're rendered using the engine. Unfortunately, either something went wrong with these scenes during the conversion to the PC, or they never worked right in the first place, because the dialogue is completely decoupled from the graphics. You'll see one character begin talking while the voice of another character is still playing on the soundtrack. At first it's confusing, but eventually it becomes sort of ineptly charming. So you can consider that something positive about the game.

Mega Man Legends is a product for people who want a little action with their adventure or a little adventure with their action, but not too much of both--or either one, for that matter. It also represents the worst type of publisher shovelware. No attempt has been made to improve it any way for the PC, and it shows. Many much, much better games exist in the same genre. In fact, Capcom has subsequently released both a prequel and a sequel for the PlayStation. And you can play all of them right now on your PC using Bleem. 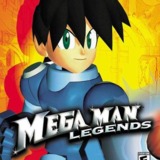 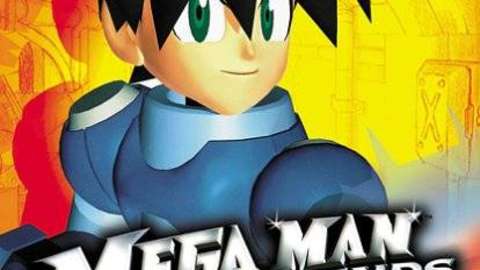