There isn't much here that wasn't done just as well, or better, in the previous game.

For the last few years, Capcom has been toeing the line between sequel and rehash with its Mega Man Battle Network series. The graphics, audio, and basic game design haven't changed much since the first game, and the battle setup has undergone only a few modest improvements with each successive installment. Mega Man Battle Network 4 continues the trend, but this time around, the upgrades are so minor that there really isn't much here that wasn't done just as well in the previous game. Furthermore, the story is lifeless, and the circa-2001 graphics and audio just don't cut it anymore.

The basic idea behind the series is that the real world and cyberspace exist as two complete but interconnected universes. The stars of the show are a young boy named Lan and his Navi, a sort of personal digital assistant named Mega Man. Lan can enter homes, visit shops, take the subway to different towns, and talk to people out in the real world, but his primary purpose is to find places where Mega Man can "jack in" to new areas on the net. You can jack in to computers, household appliances, vending machines, toys, and all sorts of other net-capable devices. These environments are set up just like the dungeons in a traditional role-playing game. In them, Mega Man has to locate clues and find other Navis to talk to, and he also has to put up with frequently occurring random battles against evil Navis (called viruses). The game is set up so that things you accomplish in one place can affect what happens in another place.

Battles take place on a 6-by-3 grid that's split evenly into player and enemy areas. You and your enemies can move and attack in real time, and there's a good deal of strategy that just involves counterattacks and various terrain and elemental weaknesses. For instance, grass squares reduce the damage sustained from water-based attacks, but they also increase the amount of damage sustained by fire-based attacks. Likewise, wood enemies are weak against fire, aqautic enemies are weak against electricity, and so on.

Much like Pokémon, there's a "gotta catch 'em all" aspect built into the way that players outfit Mega Man with new abilities and attacks. Program upgrades can be installed to give Mega Man more health and to change the style and strength of his attacks. The different attacks are contained on tiny cards known as battle chips, which you'll acquire throughout the game in various ways--by examining items, buying them in shops, or beating viruses in battle. Five chips are randomly selected at the beginning of each battle, and when they're used, others are drawn to take their places. Multiple attacks can be chained together by using chips with the same name or letter designation, and some chips can be combined to create stronger attacks by linking together three chips with the same name and sequential letter designations (for example, A, B, C or R, S, T). A folder system allows you to store and switch between different groups of chips, which is similar to the way you'd set up card decks in games such as Magic the Gathering or Yu-Gi-Oh! In all, there are more than 258 unique chips to find and collect.

On the battlefield, this fourth installment really only does two things differently from its predecessors, and neither significantly improves or alters the way the game is played. You can combine Navi and attack cards during battle to switch Mega Man's elemental affinity and change what his cannon does, but this method is more convoluted than just picking different styles from a menu, which is how the previous game handled it. Mega Man's mood also comes into play during battles now. You'll gain a temporary two-times-damage modifier if you consistently land counterattacks or take too many hits from the enemy. Using certain chips can change Mega Man's mood as well, causing him to go berserk or enabling him to use so-called dark chips. As interesting as this concept sounds, it hasn't been implemented very well. By the time you set up a decent battle chip folder, the positive and negative effects of mood don't have much influence at all over the outcome of any particular battle.

Away from the battlefield, the only other new feature requires a link cable and a second copy of the game to take advantage of. As you'd expect, the two different versions of the game (Blue Moon and Red Sun) contain their own exclusive subsets of Navi opponents, battle chips, and in-game events. Besides being able to battle your friends and transfer battle chips between two cartridges, this new game also lets you send tournament data back and forth--a process that allows players with one cartridge to collect rare Navi cards and unlock events that would otherwise be exclusive to the other cartridge, and vice versa.

The worst aspect of the game is the story. The previous games were set up so that Lan and Mega Man were constantly meeting new adversaries and uncovering clues that led from one boss to the next. The running back and forth and the random battles seemed relevant to the story. The events in this latest installment revolve around an asteroid that's on a collision course for Earth. But, and this is the kicker, Lan and Mega Man don't play a role in this plot point until the very end of the game. Lan ends up running errands for people and competing in tournaments for much of the game, while the adults around him work hard to put together a giant laser to fire at the doomsday rock. The bad guy isn't established until very late in the game--and even then it's just one guy! The end result is that what you do rarely ties in with the overall story, which means that there isn't much payoff for all of the random fights and searching around you're forced to endure.

Like so many other things in the game, the graphics and audio haven't changed much since part one came out in 2001. The character graphics used for Mega Man, the other Navis, and the viruses shown in the battle scenes look like they were ripped straight from the old Super NES Mega Man games. The backgrounds and floor tiles in the battle scenes still don't use more than a few colors, and you'll only notice animation loops when the background or the terrain, such as grass and ice, call for it. Out in the real world, the three-quarter-view environments and bigheaded characters look just like what you've seen in the majority of other GBA role-playing games--except that the environments haven't been gussied up with extraneous artistic details or animation loops. The music and sound effects, as has been the case in all three previous installments, are a blend of techno music, Mega Man-inspired themes, and serviceable pops and explosions that fit the action without going overboard. 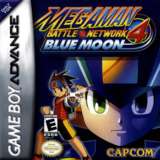 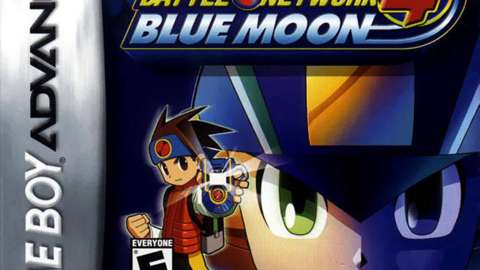 There isn't much here that wasn't done just as well, or better, in the previous game.