Mega Man Battle Network 2 retains the spirit of the Mega Man series and polishes the innovative gem that was the previous game even further.

It's easy to accuse Mega Man Battle Network 2 of being a rehash, an incremental upgrade, an attempt to cash in on the relative popularity of the first title. In some ways this is true. The game indeed uses music, graphics, and a basic game design that are similar or identical to those in the original Battle Network. However, instead of just adding a few new enemies and tweaks, this Mega Man title refines and expands on an already solid base in a very substantial way. The end result is a highly enjoyable and well-structured role-playing game.

The story centers on a boy named Lan, who is ready for summer vacation after thwarting the evil WWW organization earlier in the school year. However, a new evil organization dubbed Net-Mafia Gospel immediately fills the void by stirring up more trouble and viruses on the Net. You hear from a friend that the officials are looking for new Net battlers, and so your journey begins.

As Lan, you'll cruise around the real world on a pair of inline skates, searching out clues and looking for places to "jack in." You can jack in to household appliances, control panels, and computers connected to the Net. By doing so, you'll send Mega Man into the digital world. Here Mega Man will be able to search for clues, battle viruses, and solve problems. Things you accomplish in the real world can affect the cyberworld and vice versa. By pushing the L button, you can communicate with your partner on the other side for hints on what actions you should be taking, which is a great feature that helps keep you headed in the right direction. The game also features the ability to escape battles easily and a quick and easy save system, which are both ideal features for a handheld title.

You're given access to several real-world areas early in the game, and you can freely travel between them via subway (kids ride free, thankfully). The Net can be a bit more difficult to navigate, as it has a wide-open design with paths branching throughout, but you should be able to find your way around with practice. As you gain access to links and security codes, more and more of the cyberworld will open up to you. Mega Man is steadily upgraded by finding upgrades to hit points, regular memory, and weapon power-ups. While some objectives can be a bit vague, the game generally flows at a satisfying pace that is superior to that of the original Battle Network. Parallel to the central story, a message board request system provides numerous side quests and bountiful rewards.

As in the first title, virus busting is represented in fast-paced strategic battles. The battlefield is a 3x8 grid divided into player and enemy areas. Skill and reflexes are rewarded, as you and your enemies will move and attack in real time, but this is only part of the fight. Five chips are randomly selected from your folder at the beginning of each battle, and when they're used, others are drawn to take their place. You'll use these chips in tandem with the unlimited mega buster to perform various offensive and defensive actions. Shields, healing items, tile changers, and a huge variety of attacks can be used.

You can use multiple chips in one turn if they are of the same type or share the same letter code. Certain combinations will yield powerful special attacks. Collecting "regular memory" power-ups allows you to lock a chip into your beginning selection as long as it doesn't exceed your available memory. You'll gain two additional folders through the course of the game, and managing them is a key component of successful Net battling.

Different tile types with elemental properties, cracked or missing tiles, and obstacles have substantial effects on battle. A simple example would be a magnet pulling Mega Man into an oncoming attack you thought you had just dodged. A more complex example would be a wood-based enemy gaining hit points by sitting on a grass tile behind a boulder. Your standard weapon can't penetrate the obstacle, but the "heat shot" chip penetrates one panel past the point of impact and does double damage to a wood-based enemy. The damage is quadrupled because the enemy is on a grass tile, which is also weak against fire. Although such remarkable cases are rare, the variety from battle to battle far exceeds that found in the last title--and in most RPGs, for that matter.

"Style changes" come into play at a certain points in the game, and they allow Mega Man to take on an elemental property, a special charge attack, and a special effect depending on how you play. The aquaguts style lets you fire a charged bubble shot, doubles your buster power, and keeps you from being knocked back by enemy attacks. The fireshield type gives you a charged flamethrower shot, a barrier that nullifies the first hit you take, and the ability to produce a shield to deflect attacks. You can acquire multiple styles through extended play and switch to available styles in the main menu. More than just a gimmick, the various styles are an interesting way to develop your character that rewards experimentation. Styles can be traded using a link cable or used when battling a friend in a versus battle.

The quality of the graphics and sound is nearly identical to that of the first title, but the presentation is by no means outdated. The colors are vibrant, and the production values hold up against all but the most technically advanced GBA games. A similar blend of techno music fits this title just as well as it fit the last. It is immediately clear that certain areas and themes were used as shortcuts, but most of what you'll see and hear should seem new. The areas that didn't change are at least justified by the story. You can't really expect too much to be different in your hometown after only three months has passed.

Mega Man Battle Network 2 retains the spirit of the Mega Man series and polishes the innovative gem that was the previous game even further. While the game could be likened to a collection RPG because of its card-battle-like mechanics, it features much more plot detail and direction than such games normally provide. A well-paced RPG that offers unique and challenging battles and a lighthearted story, Battle Network 2 also hosts a wealth of secrets and extras available both during the initial play-through and after the game has been completed. For fans of the first title or those looking for an RPG with a great battle system, Battle Network 2 is a worthy choice. 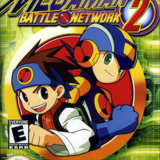 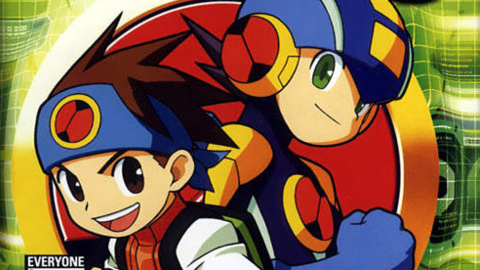 Mega Man Battle Network 2 retains the spirit of the Mega Man series and polishes the innovative gem that was the previous game even further.