If you're looking for a straightforward Mega Man action game, you really can't go wrong with Mega Man & Bass.

It's hard to believe, but the Mega Man series has been around for approximately 15 years. Within that time span, the core mechanics of the series have remained largely unchanged, though Capcom has admittedly attempted to deviate from the path with recent releases in the EXE series and, to a lesser extent, the Zero series. However, the latest release in the Mega Man series, Mega Man & Bass, doesn't do anything drastically different to make itself stand out from other games in the series. In fact, anyone craving some old-style, surprisingly difficult Mega Man action shouldn't think twice before jumping right into Mega Man & Bass.

For those who are unaware, Mega Man & Bass was one of the few Mega Man games for the Super Famicom that was never released in North America. The game lets you play as either Mega Man or his sinister-looking cohort, Bass, both of whom have different abilities that affect the way you play the game. Mega Man has all of his traditional attacks, such as his buster shot (which he can also charge up) and the slide, but Bass is a little more dynamic, with his ability to rapid-fire in any direction and to perform double jumps, a skill that becomes invaluable in later parts of the game. Both characters can absorb a boss's weapon, but unfortunately, these weapons function similarly for both Mega Man and Bass. It's also worth noting that Mega Man's default weapon is a little stronger than Bass', which is meant to compensate for Mega Man's inability to use rapid fire.

Interestingly, many of the levels and even some of the boss fights in the game seem to be primarily designed for Bass and his specific skills, or at least they're a little bit easier when playing as Bass. As previously mentioned, Bass' double jump is quite useful. It helps you bypass certain obstacles--such as the annoying disappearing-reappearing block puzzles from Mega Man 2 that appear in the game--which Mega Man would have to confront head-on. Of course, Mega Man has his own advantages. He can slide into small areas that usually contain health and, in some cases, into areas that Bass cannot reach, but these aren't as abundant as you might think.

Whether you're playing as Mega Man or Bass you'll find that the game, or more specifically the boss battles, can be fiendishly difficult. In most Mega Man games, you can learn the attack pattern of an individual boss and adjust your strategy accordingly, but in Mega Man & Bass, the bosses have so many different attacks that it can be difficult to gauge what they're going to do next. It can be frustrating to encounter a boss only to lose all your lives and have to start over at the beginning of the level, but since the levels are relatively short, it's not a huge pain to go back through them repeatedly. The fact that the game automatically saves at certain points in a level makes this more bearable.

There are a few other differences between Mega Man & Bass and most of the other games in the Mega Man series. Instead of selecting any level at the beginning of the game, you'll only be able to select from three--you can select other stages after beating the first three bosses. In addition, Mega Man & Bass features a shop system where you can buy power-ups for either character, including additional lives, health, or armor that reduces spike damage. Only a few of these items are truly useful, but there is quite a selection to choose from. Lastly, there's a library in the game where you can unlock information on dozens of Mega Man characters by finding CDs that are spread across each level, some of which are precariously dangled over spikes and other such hazards.

As with most ports from the Super Nintendo to the Game Boy Advance, the graphics in Mega Man & Bass appear to be unchanged from those in the Super Nintendo game. Most of the sprites in the game are quite large and vivid, and they animate well. Even the traditional helmet-wearing enemies from previous Mega Man games have a surprising amount of detail in their walking animation. There are also some nice little touches. When Mega Man or Bass are dangerously low on health, their idle animation will indicate that. Unfortunately, some of the backgrounds can be a little bland at times, but you'll have little time to pay attention to them anyway.

The music in Mega Man & Bass is successful in capturing the theme of each level, but there aren't any tracks that particularly stand out. The music quality also varies--some tracks sound as though they were produced on Game Boy sound hardware, while others are definitely Super Famicom quality. All of the sound effects have been reused from previous Mega Man games, particularly the noise that Mega Man and Bass make after landing a jump, which you'll hear quite often.

There's nothing particularly special about Mega Man & Bass other than the fact that it lets you play as two characters with different abilities that can actually make the game more difficult or less difficult. As such, if you're looking for a straightforward Mega Man action game, you really can't go wrong with Mega Man & Bass, but if you're looking for a game that puts more spin on the traditional Mega Man recipe, you might want to try out the Mega Man Zero games or the Mega Man EXE games. 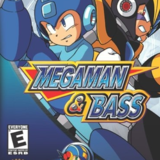 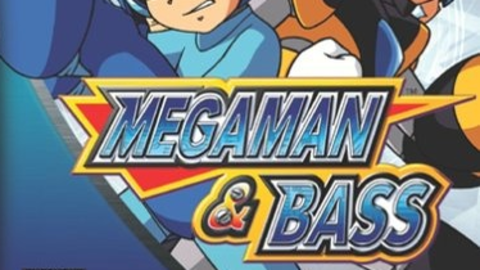 If you're looking for a straightforward Mega Man action game, you really can't go wrong with Mega Man & Bass.