This expansion is for those who already played Medieval and want more of the same. The Vikings campaign is great fun, and the Vikings themselves are a blast to play.

The Viking Invasion expansion pack for the complex strategy game, Medieval: Total War, has finally arrived. And like the Mongol Invasion add-on for Shogun: Total War several years ago, it adds new content and features based on the "barbarians at the gates" concept. But rather than thrust barbarian raiders into the original game's Middle Ages campaign of knights and holy crusades, Viking Invasion actually dials back the clock to present the Dark Ages of English history.

Viking Invasion consists mainly of a new single-player campaign. This is where you'll find most of the new features. The game's original three campaigns are still intact, with a few minor enhancements, but the meat of the expansion is the new Vikings campaign, which begins in 793 A.D. in the British Isles. The new campaign thus takes place several hundred years before the first era of the original game, and also moves a few hundred miles West to center on England. The campaign basically follows the roughly 300 years of history during which the Vikings invaded England while the disparate kingdoms of the Isles were struggling with constant warfare. Eventually, you will unite all of Britain under the banner of one of England or Ireland's indigenous factions, or under Viking domination.

Although the British Isles existed on the European map in the original game, in the Viking campaign, they've been expanded to accommodate a full campaign of their own. The new campaign has over 50 territories, with all but two existing on the English and Irish islands. Two Scandinavian territories, Hordaland and Jutland (modern day Norway and Denmark), are the starting points for the new Viking faction. The campaign has a total of eight playable factions; the other seven are the Irish, Mercians, Northumbrians, Picts, Welsh, Saxons, and Scots. With the eight new factions come new units, but most striking of all changes is the new technology tree that comes with the change to a Dark Ages setting instead of a Middle Ages one. First off, religion isn't as important in this new setting. The Pope doesn't exist so you can't be excommunicated for attacking fellow Christians. The only religions are Christianity and Paganism, as followed by the Vikings. Religion is really only important now if you play the Vikings; you'll want to resist converting to Christianity so you can retain your savage effectiveness at sea raiding.

Since the Dark Ages were a step back in terms of technology, the technology tree has been flattened to some degree and altered. There are no gunpowder units, and some of the advanced and ethnic units (like Teutonic Knights and camels) are missing. Also, provinces are undeveloped by default; you have to build the new forest clearing and basic farms structures before you can even build farm upgrades. Because of the change in the tech tree, some buildings have different functions or replace old buildings. Again, these changes exist only in the Viking campaign, which uses the Dark Ages tech tree, but the changes are significant and will force Medieval veterans to adjust their strategies.

But Viking Invasion's new map, new units, and new buildings aren't the biggest expansion's biggest additions. The most significant enhancement is the Viking faction itself. To model the fearsome raiding that the Vikings conducted from the sea, this faction gets amazing bonuses for attacking coastal territories. The Vikings also have great ships; better than those of any other faction in the new campaign. They all have excellent range, superior attack, and superior defense; they not only dominate other ships in battle, but they also allow Viking troops to move quickly across the sea.

After the limited way in Medieval in which you move by sea (then forcing you to wait four years after invading an island to rebuild the port to leave), the Viking advantage in sea raiding is welcome. You can play as the Vikings and strike anywhere with impunity, attacking the northern tip of the English Island and then the next turn jumping down to the bottom province (provided you follow the rules of controlling the sea squares leading to the coastal territory). It all boils down to making the Vikings an immensely fun and aggressive faction to play, and makes the Viking campaign a great hit. Moreover, the campaign itself is much more manageable because the overall map is smaller. There are fewer territories to conquer, and thus, games don't take as long to complete. However, there is no glorious achievement victory condition for the Viking Campaign, only total domination. Still, playing through the Viking campaign takes a lot less time than those of the original game--though it may still seem like a long, long time for new players who aren't accustomed to Medieval's epic campaigns.

While the expansion pack's most important addition really is the new single-player campaign, it also offers some new content for the three original campaigns, as well as some enhancements to the overall gameplay. Three new factions have been added to the original campaigns: Aragonese, Hungarian, and Sicilians. These new factions are difficult to play because they are small in terms of holdings, but surrounded by hostile neighbors. In addition to the new factions there are also some new units that are shared by many nations, including Slav warriors, Slav javelinmen, armored spearmen, and druzhina cavalry. It's tough to really discern what niche these new units fit into, but the expansion pack at least does a good job of spreading them out across the tech tree so you can experience these new units throughout the game. However, some of the expansion's new units, such as the berserkers in the original game's campaigns, appear only as computer-controlled Rebel units. These other units help keep things interesting, but ultimately, it's frustrating to encounter a unique unit and not be able to build it for yourself.

Special agent units have also been enhanced. Many fans of the original Medieval complained that spies and assassins weren't always useful later in the game because it was difficult to improve their valor on the field. The expansion's new inns and brothels let you to upgrade your spies and assassins, so you'll be able to produce assassins that can actually have a shot at killing a high-ranking enemy general.

Two new artillery upgrades have made castle sieges more interesting. At last, developer Creative Assembly has listened to the cries of fans and added boiling oil to the game. Now, if you have a keep, during castle defense, you'll automatically pour hot oil on enemy units trying to break into your castle walls. On the attacking side, your catapults will automatically fire burning projectiles as well. Both upgrades are also available in the Viking campaign. The new organ gun siege weapon is available only in the original campaigns, but it's a great anti-personnel weapon that strikes fear into enemy formations and breaks them apart.

One final enhancement in the expansion pack is the new battle deployment screen. Before you enter into battle, you'll now see a screen that shows a small rolling panorama of the 3D terrain of the province, the lineup of units set to battle, the commanders, and the reinforcements, if any. You can now set the order in which reinforcements appear, and get a closer look at the enemy units and their abilities, and the commanders involved. You'll need a spy to see this information if you are attacking a province, but this just makes spies an even more valuable part of your strategy. This pre-battle screen is a handy new feature, as it lets you organize your army before battle. You can even quick-save your game at this screen just before entering battle.

Creative Assembly has candidly stated that the expansion's main attraction is its single-player campaign, so Viking Invasion doesn't have any real changes or enhancements to multiplayer beyond what you get with the patch. It's unfortunate, because the expansion doesn't have a multiplayer campaign option, which would have been a great new feature. Also, the expansion pack doesn't really enhance Medieval's graphics or sound at all; it's clear that this expansion marks the last time we'll see the Shogun graphics engine, though the expansion pack, like the original game, features an appropriately symphonic music score. The expansion also offers no new features for the map builder or historical campaigns, though it does at least offer one new historical battle, which depicts the battle of English king Harold Godwinson against the Vikings at York in 1066.

Overall, the expansion is a great addition to Medieval. The new Viking campaign adds a lot of new content without changing the original gameplay too much. The problems with the game haven't been fixed, such as bare-bones diplomacy that doesn't even let you coordinate attacks and some complex systems, like trading, that are poorly explained. But again, this expansion is for Medieval veterans, who should already know this game well. What they're looking for is new provinces to conquer and new units to play with, and this expansion definitely delivers on those counts. It's fun and more manageable than the original, thanks to the new campaign, and is ultimately a worthwhile addition to the original game. 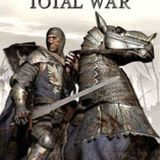 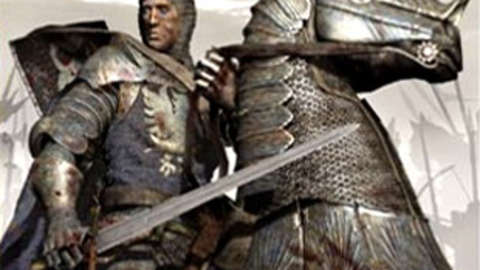 Medieval: Total War achieves that rare quality of having something for nearly all strategy gamers, and most will find a lot to like in it, for a very long time.