Medal of Honor Frontline is one of those games that will surprise PlayStation 2 owners by dazzling them with terrific gameplay, visual flair, and some of the best sound yet heard on Sony's console.

Medal of Honor Frontline is one of those games that will surprise PlayStation 2 owners by dazzling them with terrific gameplay, visual flair, and some of the best sound yet heard on Sony's console. Indeed, this World War II-themed first-person shooter is on the same level as the recently released and highly acclaimed Medal of Honor: Allied Assault for the PC, an outstanding game in its own right. Frontline takes the same cinematic approach that Allied Assault did, with a heavy emphasis on scripted events throughout its epic missions. While Frontline does have a few frustrating points, the game is more than good enough to outshine any shortcomings that it might have. Simply put, it's one of the best first-person shooter experiences available on a console.

The bulk of the game takes place during one of the most daring offensives of World War II: Operation Market Garden, a plan that, had it succeeded, may have ended the European war several months earlier. While Operation Market Garden ultimately failed just short of its final goal, in Frontline, as Lieutenant James Patterson, you'll press on alone, making your way well behind enemy lines using stealth and sabotage as well as heroic force to achieve your own goals. In the important shoes of this American GI, by game's end, you'll have single-handedly prevented the invention of an experimental Nazi jet bomber from turning the tide of the war, and you'll have gone toe-to-toe with a wily Nazi antagonist and his hordes of deadly soldiers.

Frontline teaches you how to swim by throwing you off the boat, literally. The very first mission of the game is the storming of the beach at Normandy, the D-Day battle made infamous most recently by its grisly depiction in Steven Spielberg's film Saving Private Ryan. In the opening sequence, you'll find yourself loaded up in a Higgins boat on approach. This cinematic intro allows you to look around and take in your surroundings in all their glory, as sister boats are torn to pieces by strafing German aircraft. Seconds later, as your boat hits the beach and the door drops, an artillery shell explodes and sends you head over heels into the sea, along with the other infantry accompanying you. You're then treated to a few seconds of submerged chaos, as many in your group are cut down by enemy fire before reaching the shore. Emerging from the water to an intense battlefront, you meet up with your captain, who charges you with rescuing allies under heavy fire. Needless to say, this level is extremely effective in its intentions, which is to get you pumped up right away and showcase the strengths of the game engine. As you fight your way up the beach, there's never a dull moment, as you're constantly trying to avoid machine gun fire, earth-shaking artillery explosions, and the occasional strafing runs of German aircraft. By the time you reach a group of friends taking cover at the seawall, your heart will be pounding, and a real sense of accomplishment will set in. This level is the centerpiece of the game, and it showcases the audio and visual presentation better than any other level.

This is not to say that other levels don't compare, however. The level design is well thought out throughout the game, and while many levels share similar surroundings, each is its own beast. The attention to detail in all of them is outstanding, with city levels that look like they were taken straight from the pages of history. One such example is the level called Arnham Knights, a grueling mission that drops you in the thick of battle, surrounded by German tanks, Panzershrek squads (foot soldiers armed with rocket-propelled grenades), and friendly British infantry. In this level, the terrain is rubble: destroyed urban landscape sectioned off by piles of concrete and destroyed buildings. Making your way through this level can be done a couple of ways. You might take the sniper route by finding high ground in buildings and picking off enemy troops one at a time. Or you might make use of the heavy machine gun you're equipped with to run and gun your way through the narrow streets. In addition to traversing ruined cityscapes, you'll find yourself masquerading as a German officer in a giant mansion, stowing away on a German U-boat, destroying an armored train, riding a runaway mine cart, and more.

The graphics in Medal of Honor Frontline are top notch. Character models are excellent, featuring very expressive faces and detailed uniforms. Their animations are also very well done, complete with a variety of death animations dependent on where and how the enemy was struck. While there isn't any blood in the game--this is purely for rating purposes--some of the death animations can be downright gruesome. You'll see some soldiers clap a hand on the back of their skull when they're shot in the head, look at the nonexistent blood on their palm, then topple over, dead. One of the only less-than-impressive aspects of the graphics is the textures in the game. Like in many PlayStation 2 titles, they're a bit washed out and blurry. And for the most part, they aren't very colorful either. This minor complaint can be overlooked, though, as you probably won't be spending your time examining every wall or road. One other shortcoming of note is that the frame rate can dip on occasion. The game generally moves along at a very smooth frame rate when things are more relaxed, but as explosions start kicking up, the frame rate can start to chug. This, much like the texture quality, is easily forgiven. The visual presentation of the game has such a big-budget appeal to it that minor complaints such as these seem almost nitpicky.

The shortcomings of the game's artificial intelligence are perhaps more of an issue. The enemies aren't the stupidest opponents you'll come across in a game, but they aren't exactly the brightest, either. For every German soldier that takes cover and tries to root you out with stick grenades and good aim, there are two that stand in the street like deer in headlights or run around a corner and right into the muzzle of your trusty M1 Garand. When cornered or caught with an empty clip, they will rush you and try to take you down with their fists or the butt of their rifles, at least. You'll even face some crazed chefs that wield knives in what seems like some sort of demented circus act. The game defaults to an "easy" difficulty setting, and this does directly affect how the enemies will fight and react. On the more-difficult settings, your enemies will seem a bit brighter, but their heightened toughness has more to do with better aim than better reactions or strategies.

If there is one aspect of Medal of Honor Frontline that is absolutely perfect, it's the audio. Frontline has some of the best music and sound effects of any game, on any console, or on any gaming platform for that matter. The Medal of Honor series is already well known for its top-notch audio, and Frontline only adds to that reputation. The masterful score by composer Micheal Giacchino is rousing to say the least, with title music that would be right at home in a Hollywood film. It's very reminiscent of the music found in HBO's Band of Brothers miniseries and underscores the action of the game perfectly. In some levels, it can be a driving force, while in others it can be an ambient backdrop that fits the atmosphere like a comfortable glove. The sound effects are also great. Every gunshot, engine drone, footstep, and scream is crystal clear. The voice acting is also very well done, with good performances all around. If you stop and watch characters as they speak, you'll even see that their lips are almost perfectly in sync with the speech. All of the German soldiers speak in German as well. In a few instances, you can even eavesdrop on full conversations, which are subtitled when spoken in a foreign tongue. The game also supports Dolby Surround sound for those with the appropriate equipment. This game will undoubtedly be a treat for those wanting to show off their expensive home theaters.

Frontline does have some more-technical shortcomings relating to the control, the game length, and the save feature--not necessarily serious issues, but all things you should be aware of. Those hoping for USB mouse and keyboard support will be disappointed, as there isn't any to speak of. No options for this are presented in the menu system, and plugging in our own mouse and keyboard confirmed the lack of support. There are several different control schemes for the Dual Shock 2, however, as well as the ability to map controls for a completely customized setup. The control is pretty good overall--as good as can be expected from a console shooter. The game lasts about 10-15 hours depending on how skillful you are, but Frontline's overall value is boosted somewhat by the extras that can be unlocked. Unfortunately, Frontline is a completely single-player game, which is too bad considering many of the levels would lend themselves well to a co-op mode. As far as the save feature goes, you'll need to complete a level before you're able to save. This can be frustrating at times, as some levels can take up to 40 minutes to complete. Luckily, you're able to absorb inhuman amounts of damage before you die, so this doesn't become a glaring problem.

There are six missions in the game, each of which is composed of up to four levels. There are a total of 19 levels altogether. Completing each level with a 95 percent kill ratio while maintaining 75 percent of your health will net you a gold star. Completing a mission with a gold star in each level will decorate you with a medal and unlock a video reel edited together from old war footage, along with a short "making of" reel that gives you a glimpse of the effort that went into constructing each level.

Extras or no, Medal of Honor Frontline is an excellent game. Broken down into several facets, the game still shines on all fronts. It's visually impressive and aurally incredible, and it essentially is a superb entry in the shooter genre. The attention to historical details further augments the experience, though those who consider themselves fans of shooters would do well to add this game to their collection. Even gamers who harbor only a passing interest in this style of game will probably find it worth their money. In short, Medal of Honor Frontline is a shooter that can stand toe-to-toe with the best the genre has to offer. 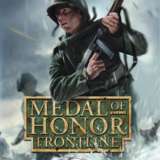 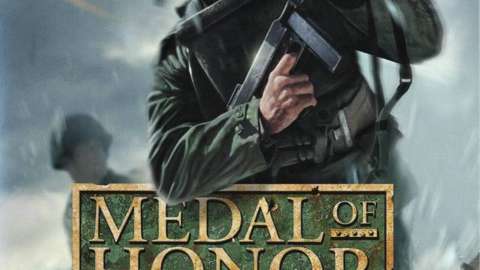 The game's level and mission design are extremely well done and provide an ample amount of different activities, keeping the gameplay fresh from start to finish.