Following up on last year's Medal of Honor games, Pacific Assault and Rising Sun, Electronic Arts has chosen to bring the series back to the European theater of war with Medal of Honor: European Assault. The game's wide-open levels actually encourage players to explore, giving the series a fresh feel compared to past games and other World War II shooters. Unfortunately, a very brief campaign and no online multiplayer means the fun doesn't last long.

In European Assault, you take the role of William Holt, an American intelligence officer. As a sort of freelance operative, your missions take you to four different areas during the campaign. You'll begin by riding shotgun with the British SAS on their famous St. Nazaire raid, and then you'll be whisked to North Africa where you'll assist General Montgomery and the Desert Rats against Rommel's Afrika Korps. The third campaign has you helping Russian partisans and the Red Army on the eastern front, and the final campaign will put you back with US forces during the Battle of the Bulge. While your adventures cover a lot of ground in a geographic sense, there are only 11 missions in European Assault that are scattered across those four areas. Counting mission restarts, it only takes about eight hours or less to beat the game. A skilled player could conceivably blow through the entire thing in just five or six hours. While the game isn't very long, you'll still probably have a lot of fun while it lasts.

Don't expect the multiplayer element to keep you busy for long either. While the game does include four-player split-screen action on all platforms, there is no online action available on the PS2 or Xbox versions. This is rather disappointing, as these days, online multiplayer is pretty much a requirement for action-oriented shooters such as European Assault. If you're into split-screen, you can enjoy some deathmatch and objective-based modes with three of your best buddies. But the strength of the game still lies in its brief single-player campaign.

One of the biggest changes that European Assault brings to the Medal of Honor series is with its level design. Unlike previous games in the series, which felt as though they were built on rails, European Assault's levels are generally wider. This means you can make different choices as far as the path you take when you assess the battlefield. For example, if one side of the battlefield is blocked by a tank, and you don't have a bazooka, you can skirt around to the opposite flank and take on a machine gun nest instead. Many levels also take you through small villages with several buildings, and you can choose the order in which to assault the various structures. It is also possible to make "wrong," or less than ideal, choices. If you penetrate too deeply into an enemy line without regard for your flanks, for instance, you may find yourself nearly surrounded by enemy forces.

Each of the levels includes one or more primary objectives, and several hidden secondary objectives. The more you explore a level, the more secondary objectives you uncover. Completing all of the objectives in a level makes you eligible for more medals and gives you more power-ups for the next level. One of the secondary objectives in every level is to take out a named German opponent. These named targets serve as minibosses. While it's possible to complete many levels without encountering the miniboss, it doesn't make much difference in most cases. These minibosses may take a lot of bullets to defeat, but they are still quite easy to take down as long as you keep them at distance.

This open-endedness of the levels in European Assault doesn't mean the game has sacrificed the exciting scripted sequences that are a signature of the Medal of Honor series. You'll still see and trigger some gripping scenes, like blowing up a strategic bridge or seeing a teammate die an explosive death. This of course means that at times during the levels you'll still be forced along certain pathways. But, in general, the parts of the levels that do afford you options make the game feel less constrained than most World War II shooters.

Squad control is another new feature in European Assault. Your three teammates will usually follow along with you, find their own cover, and will fire back at the enemy with varying degrees of effectiveness. Sometimes, however, they get into trouble by standing out in the open, as they're not perfect at keeping themselves behind cover. You can give simple move and recall orders to your squad, which means you can let them scout ahead into a room, or into what might be a dangerous area. You'll need to be careful with how you use them, though, as each of your squadmates has his own health meter. You can heal them with a precious medikit if you choose, but the more medikits you use on them, the less you have for healing yourself. The nice thing is that keeping all your squadmates alive is not a requirement for victory. But the more guys you have left at the end of a level, the more medikits you get at the start of the next level.

As far as the actual shooting mechanics, not a whole lot has changed from earlier games in the series. The weapons, which range from Thompson and MP40 submachine guns to M1 Garand rifles to bazookas and sniper rifles, all feel quite solid. You'll move from cover to cover, leaning out from behind corners or popping up from behind low obstacles to fire at the enemy. You die rather quickly if you stay out in the open, so you're pretty much forced to shoot from protected positions. One thing that has changed is that as you kill enemies, you build up an adrenaline bar. Once the bar is full, you can unleash a brief adrenaline mode, which gives you unlimited ammunition and invulnerability for a short period of time. The adrenaline boosts are useful for certain parts of levels that force you to run into heavily fortified areas, such as the narrow corridors of a bunker. The adrenaline and the new cartoony icons used to denote medikits, ammunition, and other power-ups also give European Assault a slightly more arcadelike feel than past Medal of Honor games.

One thing we were a little bit disappointed with was the uneven graphics in European Assault. On the positive side, the levels and environments are all laid out quite nicely, the cutscenes look pretty good, and frame rates on all platforms hold up well during battles. The main disappointment is with the character models, which look rather blocky and lack detail. The sharper textures on the Xbox version make this platform the best-looking one, but overall, the graphics still leave a little something to be desired. European Assault's presentation fares much better with its sound. An epic music score punches up the game's menus and level transitions, and the weapon effects all have the requisite "oomph" you've come to expect from the Medal of Honor series. The voice acting in the game is also quite decent.

For console shooter fans, European Assault is definitely a step in the right direction after the forgettable Rising Sun. We liked the more-open level designs, and fans will definitely enjoy exploring the new levels, as well as completing every last secondary objective. But even if you spend the time to do that, the adventure doesn't last very long, and the lack of online multiplayer further limits the game's value. Still, longtime fans of the series will at least want to rent this one, as it delivers some solid WWII shooter action. 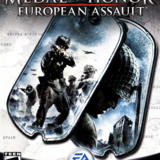 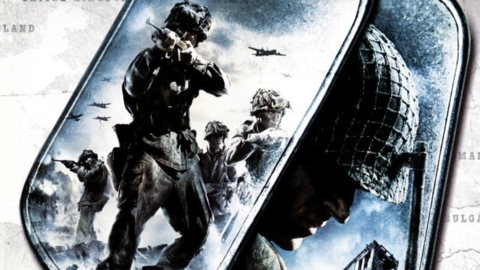 In Medal of Honor: European Assault, you'll join the effort to liberate Europe in 1942. As US Army Lieutenant William Holt, you must take command of a group of soldiers through battlefields based on actual WWII locations.

8
Sign In to rate Medal of Honor: European Assault