Medal Of Honor: Above And Beyond Review

Medal of Honor: Above and Beyond has a good foundation for its WWII action, but poor pacing and a poorer story hold it back.

Medal of Honor: Above and Beyond's campaign is composed of six major missions, each of which is broken into smaller sections, moving you from location to location as you make your way through the story. Each moment of gameplay has you moving through a small area and using a variety of WWII weaponry to take out Nazis. These moments can feature you walking around on foot or, at times, in the back of a vehicle.

Some of the action sequences can be a little too intense, including a sequence where my character was in the back of a moving truck and shooting enemies in the opposite direction, which made me especially motion sick. That said, Above and Beyond offers some great comfort options to help alleviate motion sickness. These include settings that let you tweak turning increments, turn on tunnel vision when sprinting, or even let you skip more intense action sequences entirely and continue through the story. These were enough to alleviate my own issues with motion sickness and made it possible for me to make it through every section without skipping through them. Starting up a new VR game without knowing how your mind and body will react to its movement can be intimidating, but Above and Beyond's options help mitigate discomfort you may experience throughout its duration.

Using classic weapons, especially single-shot rifles like the M1 Garand, makes for some enjoyable shooting galleries between cutscenes. Shotguns or long-range rifles feel appropriately deadly, capable of taking out an enemy with a single shot and sending their lifeless body to the ground. Wielding the powerful Gewehr 43 sniper rifle or using the iconic Walther P38 pistol against an onslaught of enemies can deliver some exhilarating moments. Automatic weapons, however, don't feel entirely accurate or powerful, even when you feather the trigger as you take aim at enemy threats.

Some of my favorite firearms to use in Above and Beyond include the lever-action repeater and the sawed-off shotgun. The repeater feels more like something out of a Western than a World War II epic; once you shoot down an enemy, you flick the right controller to reload it, causing the repeater to spin in your hands as if you were a Wild West trick shooter. Likewise, the sawed-off shotgun requires you to flick the right controller to flip the barrel open, throw your shells in with the left controller, and flick the right controller closed before you fire off another shot. Most of the guns have standard reload animations and functions, and while I really enjoyed these quirkier animations, they feel tonally disparate from a game featuring short documentaries of real veterans.

As you play through Above and Beyond, you unlock new documentaries that feature World War II vets telling their stories. Available in the Gallery section of the main menu, these videos are genuinely great, giving a platform to an important generation. It's moving to hear these men speak of their past, and while I expected a bleak set of films, it was a very human and uplifting experience watching them--the introductory video starts with a veteran who notes that one of his medals is for his professional conduct but that it just means no one caught him, laughing like a grandfather being silly with his grandkids. So, it's disappointing then that Medal of Honor: Above and Beyond never strives to do anything meaningful with its own story, sidestepping the reality of war and the humanity of those in it.

The campaign too often forces you to stand or sit still, watching the stilted characters and uninteresting stories play out around you. A lot of the dialogue and situations are standard WWII fare, and none of these moments carry much personality or weight. You're often not a central player in any of these scenes, either, acting as more of a spectator than a character. A cutscene in any non-VR game is easy enough to sit through, but the dynamic changes when you're plugged into virtual reality and literally standing around as characters talk about how they're going to foil the Nazis' latest plan.

During these scenes, there are moments when you're asked to contribute, such as giving a thumbs up or choosing where squadmates will be for an ambush. However, these moments don't feel particularly impactful when the events actually play out. And even if your choices and actions had more weight, the content of Above and Beyond's setpieces is still bland and uninspired; as I stood there and waited for characters whose names I had forgotten to finish their conversations--sometimes pulling out my pistol to dump a few magazines into the air--I couldn't help but get fidgety and want to stop playing altogether.

Conversely, Medal of Honor: Above and Beyond's multiplayer is all action. Moving around a map, finding other players, and shooting them down is satisfying, especially when you're on a good run. As fun as it is to shoot players in a non-VR game, there's a sense of shocking immediacy when you see a real person running at you and a greater sense of accomplishment when you dominate the other team. Your own movements, accuracy, and reflexes get you that win. It's exciting in these moments, but being on the other end of a dominant player's iron sights can quickly turn frustrating, as racking up respawn timers means a lot of (literally) standing around and waiting to get back into the action.

Most multiplayer rounds turn into games of deathmatch, even if it's an objective-based match type. This is typical of many first-person shooters, but it feels exacerbated here by a lack of explanation for modes like Mad Bomber. Above and Beyond tells you that you score points by planting your bombs and defusing enemy bombs, but that's it. This vague direction devolves each match into who can get the most kills, which gets you points anyway and almost always decides the winner.

This wouldn't be as disappointing if not for the low player count. In the majority of my matches post-release, I've only been up against one real player. Above and Beyond fills each match with bots, so you're never left without a full game, but they're still bots and can't pose the same challenge or satisfaction as having to outplay a real person. And while the guns are exciting to use, I found my personal favourite to be overpowered. The Repeater has a fast reload speed and is always a one-hit kill. It's not so bad when you're facing another player who can easily take you out if you miss your first shot, but when it's you in a match with mostly bots, it becomes a relatively simple shooting gallery.

Medal of Honor: Above and Beyond is a disappointing return to the classic series. While its gunplay is satisfying, the moments where it shines are all too brief, stunted by cutscenes that force you to stand in place and spectate a story that rarely includes you or your character. On the other hand, the multiplayer has potential but is in need of more players and some balance tweaks. There are some incredible World War II games that are worth playing even today, but Above and Beyond falls short in far too many ways to be considered among them. 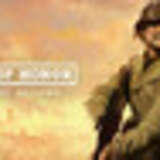 Mat played Above and Beyond's campaign for more than 10 hours and spent a couple of hours playing multiplayer at a digital press event and several more post-release. He wishes the documentaries were also available to watch outside of VR. Review code was provided by the publisher.