MechWarrior Online gets the feel of mech combat right, but its lack of variety taints the experience.

At this point, MechWarrior Online has been in open beta for so long that you could be forgiven for thinking it came out months ago. To be sure, there was little in the way of new content when the official launch date dropped last week; instead, the well-worn "beta" tag at last slipped away and presented new players with essentially the same game others have been playing for months. What we have here is a combat experience that's exciting and intense for many sessions, but winds down once the tedium of the free-to-play model and repetitive objectives takes over.

To an outsider, MechWarrior Online may appear to be about little more than hopping into bipedal tanks that resemble RoboCop's ED-209 and blasting the hell out of each other. Sure enough, there's that (and developer Piranha Games usually manages to deliver it), but the MechWarrior franchise also has some deep lore that stretches back to its tabletop origins through BattleTech in 1984. Alas, you see only snippets of it here, chiefly revealed through cosmetic skins and baubles you can buy for your ship's dashboard. It's a nice if ultimately meaningless touch, since currently little else matters besides crushing the mech across the field.

Good thing, then, that Piranha got the actual feel of piloting a mech right. Stomping around in a two-legged tank is every bit as unwieldy as it sounds (and that's kind of a good thing), in part because you have to master the act of turning your cab and steering your rig's legs separately. It feels believable, though, as do other elements, such as the staggeringly complex upgrade system that associates a weight and space requirement with even the smallest pieces of equipment. MechWarrior Online thus demands careful consideration of which role you want to play, because outfitting your mech with nothing but heavy cannons leaves you plodding across the field with all the speed of a massive tectonic plate.

It's best to experiment with multiple roles in the testing grounds, such as jumping into lighter mechs with cloaking abilities that can paint targets for other players, but mastering each still comes down to trial and error thanks to MechWarrior Online's laughably inadequate tutorials that cover basic movement and little else. Want to learn how to toggle the various sight modes? You’ll have to dig into the official forums or search for YouTube videos. Piranha recently included a third-person view for mechs to ease newcomers into the experience, but cries of possible cheating (by allowing mechs to "peek" around corners with the perspective shift) led to a smart decision to disable the view entirely in 12-versus-12 premade maps. In this way, newcomers can still use the third-person viewing mode to learn the ropes, while focused competitors can still have the purer mech experience they long for.

Not only does the missing lore lead to a lack of investment in the world, but the two simple combat modes leads to tackling the same tired objectives ad infinitum.

The climate of each of the eight maps has a pleasantly immersive way of affecting your gameplay. If you're battling through the frigid wastes of Frozen City, for instance, you can blast away with near impunity. Attempt the same trigger-happiness in the molten expanses of Terra Therma, and your mech will overheat, leaving you helpless against the enemies prowling about. These little touches, along with night modes that bump the tension of combat even higher, do a good job of making the maps feel distinct from each other.

That combat is usually good enough to make up for many of MechWarrior Online’s stumbles. Mechs lumber along with heavy clangs and the whirring of gears, and the constant threat of running across an entire team encourages sneaking around corners and sniping unwitting opponents. One-on-one fights benefit from unrelenting tension as well, and a player who knows all the quirks of piloting a mech will have a clear advantage over the one who doesn’t, no matter how big the size of his or her guns. It helps that the mechs themselves are beautiful in their cold brutality, even if the surrounding landscape doesn't always achieve the same visual intensity. Even so, the sound design does much to make up for it, especially with the satisfying thumps and pulses from the laser cannons. You might occasionally long for some bombastic music to bring drama to battle, but MechWarrior Online doesn't feature a musical soundtrack. This absence, however, does much to capture the gritty, no-hogwash combat vibe Piranha so obviously wants to deliver.

It's a shame that all this attention to detail isn't enough to keep MechWarrior Online from suffering from tedium. Not only does the missing lore lead to a lack of investment in the world, but the two simple combat modes leads to tackling the same tired objectives ad infinitum. Assault amounts to little more than team deathmatch with the admittedly welcome option to also win by storming your opponent's base. In Conquest, on the other hand, you earn victory either by by capturing the resources from five points or by slaughtering all the enemy mechs. Despite the repetition, the model does have its appeal, particularly when you find yourself winning a conquest match alone because the other team was too busy killing mechs instead of capturing points. Alas, that doesn't happen often, due to an imperfect matchmaking system that frequently pits groups of random players against organized teams.

The lack of extra game modes is all the more surprising once you consider MechWarrior Online's free-to-play model. You're encouraged to buy many specialized items with real cash through the ads splattered over the home UI (including some pricey premium mechs), but you can still build a strong mech with so-called C-bills earned from matches if you have a lot of patience. Again, a lot. Long grinds for earning the same items available for cash are the norm with the free-to-play model, but the time commitment is particularly harsh here. And with only two modes to choose from, the grind soon becomes more tedious than fun, possibly leading you to wonder why you're even playing in the first place.

The answer for most players is likely that this is the best iteration of a long-neglected franchise that we've seen in years, and there's always the possibility it could improve. Piranha constantly drops hints regarding features to come, such as "community warfare" that captures some of the faction rivalry of previous games, yet in its current launch existence, MechWarrior Online is hardly more than a solid arena shooter populated with mechs. If the game had made better use of its assets and given us a reason to care about more than the fleeting pleasures of customization and combat, it might be worth enduring the currency grind. As it is, like its strongest mechs, it runs out of power far too fast. 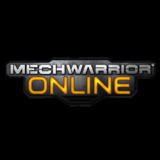