MechWarrior 3 players who found the original game's campaign short or uninspired will find Pirate's Moon to be all too familiar.

The official expansion pack to Zipper Interactive's futuristic combat simulation MechWarrior 3 adds to the game a half-dozen new BattleMechs, several new weapons, new multiplayer modes, and as many new missions as the original game's campaign. Its suitable if predictable assortment of features and heightened challenge should satisfy fans who enjoyed MechWarrior 3's graphics and gameplay, but Pirate's Moon lacks the ambition to surpass any of the precedents set by the original game. As such, MechWarrior 3 players who found the original game's campaign short or uninspired will find Pirate's Moon to be all too familiar.

MechWarrior 3 was an excellent-looking game six months ago, and Pirate's Moon proves how well the graphics held up. The game still looks outstanding: The various BattleMechs featured in Pirate's Moon - which include newly added mech chassis such as the imposing humanoid-shaped Atlas and the devastating Masakari - are all fully articulated and beautifully animated. They look, move, and even sound like the 50-ton tanks that they're supposed to be. Pirate's Moon even adds new ambient special effects to MechWarrior 3's already impressive graphics engine, which make its missions look even better than they did originally. The game's explosions and weapon effects also remain singularly excellent, as they tend to convey the game's hi-tech weaponry precisely how you might have imagined it while playing the tabletop BattleTech game. It's too bad, in light of how great Pirate's Moon generally looks and sounds, that its dreary synthetic soundtrack hasn't been improved since the original game, and that the voice acting often borders on bad.

Unfortunately, the problems in Pirate's Moon extend beyond its inconsistent sound. Its new scenarios are more challenging than those in the original game, but the additional difficulty doesn't always make them more enjoyable. Pirate's Moon has around 20 missions, split between a short all-new Inner Sphere campaign and a linear series of otherwise unconnected scenarios in which you fight for the enemy, the New Belt pirates. In the campaign, as in the original MechWarrior 3, you should take care not to decimate your foes so you can salvage their ruined mechs to take with you to the next mission. However, you generally needn't worry about salvaging anything in the pirate missions. You'll have your hands full just trying to stay alive as you defend yourself against waves of powerful Inner Sphere pilots. The computer-controlled opponents are noticeably more effective in Pirate's Moon than in the original game, and they will make short work of you unless you coordinate your attack with whatever lancemates you have working with you.Even if you think you're a hotshot pilot - you don't let your mech overheat, you flush the reactor with coolant if you do, you take advantage of your weapons' distinct advantages, you aim true, and you move fast - you'll still find that defeat will come swiftly and often at the hands of your enemies' superior numbers and deadly accuracy. Some of the game's missions, especially those involving the defense of key installations, can be frustratingly difficult. Other missions are poorly paced, and you'll have plenty of time to consider the ways in which they could have been more exciting as you trudge long distances between waypoints.

But the most insufferable scenarios in Pirate's Moon have to be the newly featured night missions, in which you must do battle with your enemies by the guiding light of your BattleMech's headlights. The mechs in Activision's classic MechWarrior II featured a green-tinted night-vision mode and wire-frame image-enhancement mode, both designed to assist you when fighting in darkness. As such, the pitifully short-ranged, prehistoric headlights in Pirate's Moon - a step back from MechWarrior II's hi-tech surveillance options - are disappointing. While using headlights at night does provide new tactical considerations, in that you're harder to see if you turn them off, essentially it's just no fun shooting near-blind at your red targeting indicator in the pitch black of night, with only a small spot of land illuminated ahead of you.

There are other areas in which Pirate's Moon might have improved on MechWarrior 3 but didn't. The game's mech lab, where you can meticulously custom-tailor your BattleMech with specific weapons and armor in order to suit your needs, still has a convoluted, unintuitive, and unattractive interface that makes what should be one of the most enjoyable aspects of MechWarrior 3 feel more like a chore. The game's instant-action mode and multiplayer mode interfaces are similarly cumbersome. Pirate's Moon does feature two new multiplayer modes, in which you must try to defend your base and destroy the enemy's, which can provide an interesting diversion from the more typical multiplayer mech-on-mech violence. The new game types are also available in the instant-action mode, which also lets you battle the computer in single combat or against waves of progressively tougher enemy mechs. Pirate's Moon includes just four new maps for the instant-action and multiplayer battles, but they completely replace those of the original, and though they all look great, there's far too few of them.

As in MechWarrior 3 before it, the problem with Pirate's Moon is that it lacks the scope and scale of its subject matter. The game's unpolished front end and its lack of memorable scenarios are circumvented by its impressive graphics and control, such that MechWarrior fans will probably enjoy Pirate's Moon just because it lets them climb into the cockpit of the Atlas and the Awesome. Yet while it accurately conveys the sheer power of BattleTech's walking tanks, it doesn't create an environment that's big enough or otherwise interesting enough to do them justice. 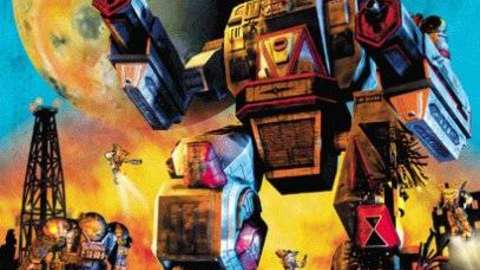 MechWarrior 3 players who found the original game's campaign short or uninspired will find Pirate's Moon to be all too familiar.