Overall, the Arcade Combat Edition of MechWarrior 2 is a good game, albeit not the PC version.

Contrary to popular belief, it is possible for a PC game to get better on its way to consoles. Some games, like Command & Conquer, work well as both PC and console games, but others need major tweaking and end up as entirely new entities (which are based on the original). MechWarrior 2 for the Saturn is a perfect example of the latter. Taking the “walk around as a robot and blow stuff up” premise of its hit PC title MechWarrior 2, Activision has created a special Arcade Combat Edition for the consoles to better suit console gamers' tastes. The result is a good reworking of the original that may disappoint fans of the PC version's detail and realism, but should ultimately win over the adrenaline crowd.

What's different? The gameplay, while maintaining much of the emphasis on tactics and strategy of the original, is now much simpler and more action-oriented. Choice of mech and weapon grouping are still of paramount importance, and a head-on attack on an enemy mech is still suicidal, but controls have been greatly simplified, the ability to customize your mech is gone, and the addition of in-mission power-ups gives the game an arcade feel.

The graphics have been redone to take advantage of the Saturn's strengths. The most notable difference is the addition of texture mapping, which does a good job of adding detail (although the choice of textures is nowhere near as aesthetically pleasing as in, say, Panzer Dragoon Zwei). Relatively simple shapes and somewhat low-resolution textures are balanced by a very solid frame rate and a truly great horizon – for once you can actually see mechs as dots in the distance before they show up on your radar. The graphics, although muddy, still give the non-”3-D enhanced” PC version a run for its money.

Disappointingly, the audio is not up to the standard set by the gameplay and graphics. Given the sheer scale of the destruction in MechWarrior, there is a great deal of potential for immersive sound effects. Unfortunately, the effects are mediocre at best and do little to get across the feeling of being in the middle of a battle between multiple 60-ton mechs. Even worse is the sub-par techno/rock soundtrack that replaces the well-orchestrated music from the PC version.

MechWarrior's bright spot, though, is its variety and lasting appeal. Missions vary from destroying mechs and enemy buildings to protecting friendly targets. And with 48 missions split between the Bear Clan and the Jade Falcons and the option to jump into a mission without choosing a clan and beginning a campaign, MechWarrior will hold the player's attention for as long a time as is possible without the addition of multiplayer play. (Last we heard Sega had some sort of crazy NetLink peripheral or something.… Go figure.)

Overall, the Arcade Combat Edition of MechWarrior 2 is a good game, albeit not the PC version. That is to say, what it lacks in painstaking detail and strategic battle it makes up for with fast paced shoot-em-up action. Like Jurassic Park's transformation from page to screen, it's not as technical as the book, but the high-speed thrills justify the price of admission. MechWarrior 2 for the Saturn stands on its own. 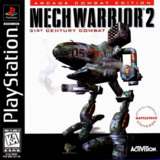 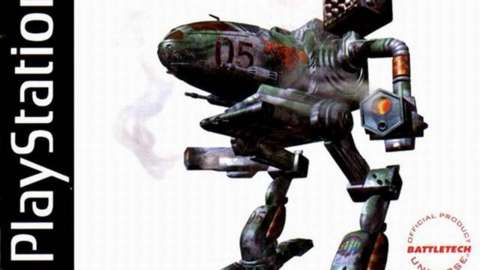 Overall, the Arcade Combat Edition of MechWarrior 2 is a good game, albeit not the PC version.