The marketing folks must not have understood MDK's storyline because neither the ads touting "It thinks, therefore it kills" nor the story about monstrous mining machines have anything to do with this game. So what. MDK is still a visually exciting, mentally challenging shooter with a humorous and twisted viewpoint.

You play Kurt, an androgynous, leather-armor clad, leaping, action figure with a machine gun hermetically sealed to his wrist. The third-person perspective shows the action from above and behind, a la Tomb Raider, with the action taking place in about fifty-five different settings - mostly large, wide-open locations which make a refreshing change from the confining corridors of Duke, Doom, Quake, and the rest. The variety of the wild 3D graphics and colors create a continual sense of amazement and wonder. You'll encounter locations from the ethereal or surreal to the gritty or pastel, with reflective surfaces, translucent walls, and gorgeous backdrops. The bad guys are all true 3D, and most have a similar, metallic look, but their actions and tactics vary, giving you plenty of diversity.

The game mechanics deviate greatly from standard shooter fare, and MDK sports many innovative features. Kurt has a sniper mode that allows for very accurate aiming of weapons - with the exception of mortars, which have a high arc and take some practice. As you zoom in for a close-up, the image does not become a mass of blocky pixels. Surprisingly, it becomes more detailed. You get close-up views of your enemies taunting you or toking on a stogie. Using the built-in "bullet-cam," you can follow the trajectory of each shot and see a close-up of its effectiveness.

Unlike other shooters, you will not gradually accumulate a cache of super-duper bazookas and shrink rays. Typically you'll locate a weapon and use it up in whatever situation you face at the time. The weapons can be downright goofy: The World's Most Interesting Bomb stupefies and transfixes any enemy within sight; The Tornado which acts like a food processor run amok; and The Thumper is a giant hammer that pummels anything within range. You can also call in a bomber strike flown by your dog.

Moving from setting to setting usually means a redundant sprint down long winding corridors. But in later levels it becomes a bobsled run and finally a snowboard slalom - accompanied by James Bond-style music. Kurt has a built-in ribbon parachute that you open to ease long falls or to catch updrafts. On some levels the only means of movement is leaping from one elevated platform to another, using your deployed chute and dodging pulsating beams or blue rocket blasts. During your travels, you will encounter an unusual assortment of deadly devices including a huge pendulum, boulder-tossing baddies, and huge, rolling, metal balls.

While blasting anything that moves is a dominant feature (on some levels you'll never stop pressing the strafe key while squeezing the joystick trigger), there are many brain problems to solve, from the simple, such as lobbing mortars through narrow openings, to the sublime, operating the dolphin dispenser in the final episode, feeding the cetaceans to the big boss to distract him so you can pick up the World's Smallest Nuclear Bombs.

In the midst of all this frivolity and mayhem, there are some gnawing problems. The minuscule manual devotes all of two CD-sized pages to controls and strategy with no mention of weapons. A tablet-sized "diary" of the crazed scientist who supplies you with weapons by parachuting them in from his space station, serves to only set up the inane back story. The joystick "hat" is disabled, meaning a third hand would come in handy for all the controls. You can't look up and shoot - all non-sniper aiming and firing is along a horizontal plane. The game offers multiple difficulty settings, but these have minimal differences, and despite all the work to create a wide range of settings, MDK is too short. Hard-core gamers can probably finish it in a couple of sittings. Plus there's no rhyme or reason to the levels. It looks like anyone with an idea for a cool level simply did his own thing then someone mashed these ideas together.

As for the lack of any multiplayer options, expect to see some sort of networked MDK within three to six months. Depending on its popularity, Shiny will either come out with a huge arena for a deathmatch or a more elaborate multiple level approach (or if the game bombs, no multiplayer anything).

MDK is frequently fun, sometimes frustrating, full of surprises, and visually stunning. It's not going to inspire the next revolution in action gaming, but it is an enjoyable diversion. 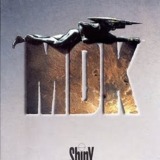 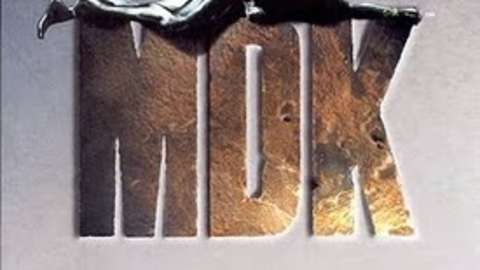