Mazes of Fate has a great premise and some interesting ideas, but it never leaves the trappings of the old-school dungeon crawlers it's based on.

There aren't a whole lot of role-playing games like Mazes of Fate on the Game Boy Advance, but that doesn't keep it from feeling like a relic of early game design. Like 2002's Eye of the Beholder, it hearkens back to the PC dungeon crawlers of the early '90s, and the bulk of the game is spent exploring the titular mazes from a first-person perspective. It succeeds reasonably well as a handheld modernization of a traditional experience and is moderately entertaining when running on all cylinders. But most of Maze of Fate's value is nostalgic, and it eventually gets bogged down by tedium, thanks to all those corridors, the simple combat, and a promising story that's unfortunately assigned only a supporting role.

Not all of the exploration is done from a first-person view, however. You tool around towns and the countryside from a top-down perspective at a ludicrously brisk clip, grabbing new quests and uncovering information. It seems humanity has ticked off the gods once too often, and Harlac, mankind's potential savior, was unable to complete the ritual that would have regained their favor. The gods bestow their blessing instead on a race of goatmen, and both races coexist uncomfortably. The key to appeasing the gods and regaining their favor is to find the Stone of Redemption and return it to Harlac so he can complete the ritual. All told, it'll take most players a healthy 20 hours to complete the main quest.

It's an intriguing story that takes a few twists and forces you to make a few key decisions. However, it takes a while to really get moving and is never really the main focus. That's too bad, because there's a lot of potential here that doesn't take off. Also, things get a bit silly sometimes, because story elements are unceremoniously introduced without much setup. For example, one of the first goatmen you encounter fills you in with a few lines of dialogue, but it still comes as a shock since the race hadn't even been mentioned up to that point. Most of the narrative is doled out this way, in one- or two-sentence quips from non-player characters that do just enough to get you interested but never completely satisfy.

It ends up feeling infuriatingly incomplete, with entire pieces of exposition simply left out. You emerge from one dungeon to find Ludren, a warrior who has admired your adventuring from afar and wants to join the party. Was he tagging along unnoticed in the dungeons that whole time? Who is this guy, other than an obvious contrivance for adding a third member to the party? Other times, these bits of dialogue are simply broken. At one point you bribe a girl to give you directions (many map locations aren't visible until someone draws it in on your map), but every time you return to her, the dialogue option is still available. She'll just keep taking a gold crown from you over and over again, drawing the hideout on your map every time.

But the success of a dungeon crawler is found in its caverns and corridors, and Mazes of Fate is more successful in this regard. When you enter a dungeon, you switch to a first-person view and use the D pad to move and turn and the shoulder buttons to strafe. It's not exactly 3D, since you're relegated to moving from one block to the next and turning at 90-degree angles. Fortunately, you can move along at a nice clip, so even though the dungeons are extensive, all the necessary backtracking is pretty fast. A good portion of the gameplay requires you to trudge back and forth looking for switches, plates, keys, and hidden areas, so you'll retread the same ground more than you'd care to. The in-game map keeps everything well organized, though, so while every corridor in a particular maze looks pretty much the same, there's never a reason to feel lost.

You'll encounter a good array of monsters, although they all do exactly the same thing: jerkily move to your location and engage you. Combat is straightforward and easy. You can have up to three party members, and each has his own readiness orb, which gauges the time left before you can perform your next action. Each action, whether it's a standard attack, spell, or item, uses a certain amount of energy in the orb, and you will only be able to take your next action when the orb is filled again. Standard actions don't take up much energy, so between your three characters, combat generally moves at a quick pace.

The encounters are superficially fun but too simple to be engaging for long bouts. Combat moves in real time, with only the readiness orb and your own fingers limiting how quickly you can attack. The game automatically selects the next available party member once you've issued a command, and from there, you choose your action from a list of attacks, spells, and items. Don't expect anything as complex as in Golden Sun: Spells are the usual buffs and offensive strikes, while weapons are the normal selection of bows, axes, and swords. Combat is on the easy side, so in most battles you can just keep tapping the A button and use each member's default attack. Yet it's amazing how often you and your enemies miss each other. Even well into Mazes of Fate, you can sometimes take almost a dozen swipes before making any contact. Boss encounters are tougher, but smart use of potions and spells will usually be enough to keep you from having to reload your last save.

You'll level up and earn new skills and spells as you progress, and you've got a good deal of freedom in how you spend your experience points. Not every character works with the same pool of abilities, though, so some characters are limited to certain class archetypes. Characters unlock additional abilities in which you can spend points, but there aren't a whole lot of them, and some of them, such as eloquence, aren't noticeably useful. Leveling isn't very fast, and you only earn three skill points to spend each time you do level, so it's not as gratifying as it could have been. On the other hand, you earn gold crowns pretty quickly, thanks to liberal loot scattered throughout the dungeons, so you'll be able to deck out your characters nicely with strong armor and other doodads.

But you can only trek through so many dungeons, collecting keys, flipping levers, and stepping on plates, before you wish there was more to do. The dungeons look really nice and are all quite different from each other, but within the same area, there is very little variety. All the textures and design elements are the same throughout, and in many cases, you'll be exploring the same corridors for an hour or more searching for the right combination of levers to open a new area and further the story. In most RPG's, monsters that don't respawn would be a blessing, but with so much backtracking, it would have been nice to have a few more enemies to fight, if only to break up the monotony. As it is, most dungeons come down to eliminating your opponents and then running around until you solve the key and lever puzzles. It's got some old-school charm, but it grows wearisome.

Mazes of Fate is nice to look at, with some great 2D art and monster designs. Towns feature vivid colors with handsome architecture, and the dungeon walls and other features are crisply drawn. Animations don't fare nearly as well, though. Monsters approach you with herky-jerky motion, seemingly moving as your own party does: from square to square. It's a little too reminiscent of its early '90s inspiration, and the stiffness sucks away much of the visual allure. The sound effects do the job, although the smacking sound that signifies your blow has landed gets old after a while. On the other hand, the soundtrack is lovely and varied, always setting the tone perfectly and never overstated.

Mazes of Fate attempts to stand out among the large catalog of GBA RPGs, and it succeeds in this regard due to its strong implementation of first-person exploration. But most every other aspect is either too bland or too incomplete for the game to shine. The fascinating but half-told story, plain combat, and monotonous key hunting all conspire to hold Mazes of Fate back. It's too bad, because the unique setting and approach had a lot of unrealized potential. Yet if you're a fan of old-fashioned corridor crawls, you may still find something to like if you can overlook the many flaws. 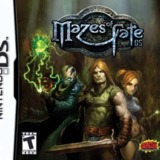 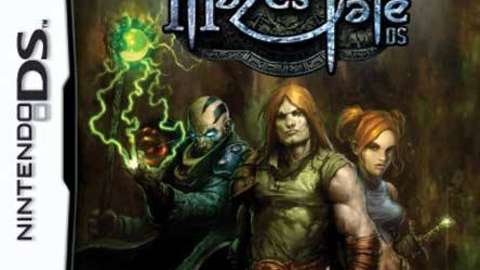 Mazes of Fate is an RPG for the Game Boy Advance and features 50 levels.