Maximum Force is Atari Games' follow-up to the alien-infested gun game, Area 51. In this installment, the aliens are gone, and you're part of an antiterrorist group. You (and a friend) must go through three levels, each of which is chock-full of bad guys just waiting to have their caps peeled back.

If you've played Area 51, you'll pick up Maximum Force right away. With the exception of the levels themselves, the game is identical, right down to many of the power-ups. Also, a lot more bonus levels have been tossed in. So many, in fact, that they become a real nuisance and interrupt gameplay way too frequently. The game supports the standard assortment of light guns out there as well as Namco's super accurate GunCon. The problems that Area 51 had with certain guns (like Konami's Justifier) have mostly been resolved, although the standard guns still aren't as accurate as they should be.

The graphics are decent, and the PlayStation does a good job of displaying the game's FMV. The sound effects and music are also above average. All in all, Maximum Force presents itself fairly well.

Playing Maximum Force is a one-time deal. Once you've finished it (anyone can do it the first time through), there's no point in continuing to play it. Compared with other gun games, Maximum Force falls short. Gamers will be better served by picking up Time Crisis or even Die Hard Trilogy. 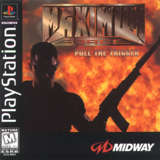 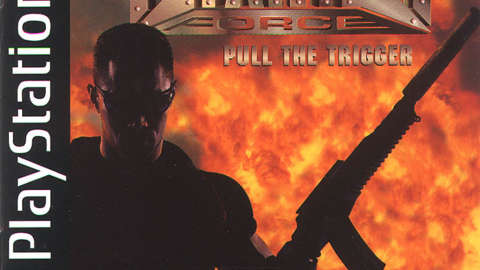