Players who love strategy games will go nuts for Master of Orion II.

When the original Master of Orion first shipped in 1993, the response was mixed. Falling somewhere between the eye-bleeding complexity of games like Pax Imperia and the simplicity of Spaceward Ho!, Master of Orion was loved for the its fast-paced exploration, but beaten up by critics for its simplistic economic model, its repetitive and basic combat system, and its lack of multiplayer options. Now, four years later, SimTex has returned, like the protagonist in a Charles Atlas ad, pumped up with the gameplay equivalent of steroids, to deliver a title that no one would dare call simple. In the creatively named Master of Orion II: Battle at Antares, players will be introduced to a new level of economical, sociological, and military control - a fact that will please almost every veteran, but is almost certain to alienate new players entirely.

To put it bluntly, Master of Orion II is complex. Almost every aspect of the original game has been expanded, improved, and detailed to an almost unreasonable degree. One can almost picture an angry programmer muttering to himself, "They want more gameplay options, eh? Well, they're going to get them…. Oh yes, they're going to get them." Instead of just adding three entirely new alien races to the game, the designers have gone an extra step, allowing players to design their own races, weighing advantages and disadvantages - like large home world, fantastic traders, trans-dimensional, and repulsive - to create the ultimate alien menace. Players who remember the simplistic nature of exploration in the original title (one star has one planet) will be stunned by the multiplanet star systems of MOO II. A single system can hold many colonies, each on its own planet, and often players will find themselves sharing a system with an opponent if they aren't thorough about colonizing ALL the planets in an area. And what about the new combat options? Ship-to-ship combat with all the extras: plenty of weapons, plenty of shields, plenty of new gizmos (including the Stellar Converter, which lets you destroy a planet!), and marines that can board your enemy's craft if their shields are down. Unreal. Did I mention that you can blow up entire planets?

Oh, and this time there's a story here too. Players will encounter the amazingly annoying Antareans, a extra-dimensional band of aliens who pop in, randomly blow the hell out of fleets and colonies, and then disappear back to their mysterious realm. To fight back, you must first defeat all of your opponents in your own galaxy and find a portal that will enable you to take your ships to another dimension. There's a plotline that explains why you're supposed to be after these little bastards, but after an entire game of suffering random losses to them, you'll want to destroy anything that even sounds Antarean. Fortunately, the Antareans are a selectable plot device, and if you get tired of losing battles in their chaotic attacks, play a game without them. By the way, you can blow up entire planets if you want.

In the end though, it's the multiplayer options that make this game shine. Players can go head-to-head with each other via hot-seat (up to eight players), modem (head-to-head), serial link (head-to-head), or network (up to eight again). The game plays pretty much as it did before, but with the customizable alien choices and TEN linkup capability, it can be played over and over again without losing its allure. As the sequel to a game that many gamers played for over a year anyway, MOO II begins to look like one of the season's best values.

Players who love strategy games will go nuts for Master of Orion II. Its detailed play options, random encounters, multiplayer options, and customizing capabilities are everything that the hard-core veteran dreams of. Unfortunately, this same complexity of design is more than most beginners will be able to tackle without becoming frustrated and confused. If you've got the tools (the game runs pretty slow on anything but a Pentium), and you've got the talent, this is the title you've been waiting for. Oh, and by the way, you can also blow up planets. 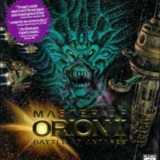 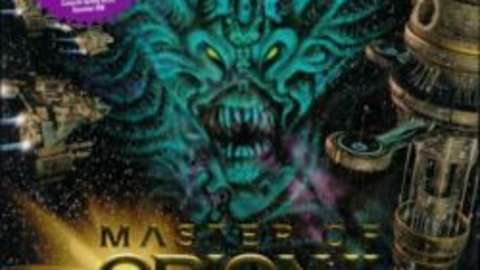 Players who love strategy games will go nuts for Master of Orion II.

9
Sign In to rate Master of Orion II: Battle at Antares