Iron Man has moves you've never seen before in VR. But in a bland game, they only take him so far.

Where so many VR games still fall back on restricted controls, the PlayStation VR-exclusive Iron Man VR asks you to learn and master its unique flight controls if you really want to feel like a Marvel superhero. Getting comfortable in Tony Stark’s iron skin makes you feel like you know what it’s like to "be" Iron Man in a way no standard game could. At the same time, the game around that core mechanic feels overly thin. With reused environments, recycled mission objectives, and a predictable story that overstays its welcome, Iron Man VR quickly loses its luster.

For better and for worse, Iron Man VR tells a complete ripped-from-the-page Marvel comic storyline. Tony Stark squares off with a mysterious new villain, the Ghost, who uses an army of old Stark Industries drones to systematically terrorize him and his company. The Ghost invokes Stark’s past of making weapons and selling them indiscriminately, forcing him to reckon with his past self as well.

Like Insomniac's Spider-Man, Iron Man VR is an original variation of existing Iron Man stories, with vague allusions to moments that comic book and MCU fans will know, which makes it easy for any Marvel fan to jump in and follow along. It's a bit too familiar, though. Retreading themes and issues you've already seen Iron Man work through in both the comics and films, Stark's struggles, both internal and the threats he faces on the battlefield, feel a bit stale. And though there’s a complicated, long-winded plot, you can identify every twist from a mile away.

Much of that story is told in briefings at home-base playgrounds between each level. Before each mission, you get a chance to walk around spaces like Stark's mansion and, occasionally, other spots like the bridge of a S.H.I.E.L.D. helicarrier, picking up books, doing pull-ups, and generally interacting with the world. You also have the ability to upgrade your armor and customize your loadout on a holographic image of the Iron Man suit, which is neat, if a little slower than a plain menu. These areas are generally well made, but they're filled with small trifles that are interesting for only a few seconds. Since you find yourself in the same area over and over, it becomes easier and easier to skip. By the end, I was tired of the downtime, even when there were new toys to play with.

Iron Man VR is, at its core, a flight combat sim. Most levels put you in large spherical arenas--cityscapes and craggy canyons--blasting robot drones out of the sky using Iron Man’s signature moves, like repulsor blasts and the Unibeam, along with a host of other smart missiles, guns, and bombs. Though there are additional objectives like defending a S.H.I.E.L.D. helicarrier or preventing supervillain Living Laser from stealing valuable minerals from a mine, the vast majority of your tasks are ultimately giant virtual shooting galleries with some extra flourishes.

Luckily, the coolest part of becoming Iron Man is the act of flying. You control both your movement and shooting using the PlayStation Move controllers, which are mapped to Iron Man's gauntlets. Iron Man has thrusters in the palms of his hands; you propel yourself by aiming those jets and pressing the triggers. As an example: To fly forward, you face the palms of Iron Man's gauntlet behind you, so the thrusters propel you forward. When flying forward, you can use head tracking to tweak your trajectory. It’s unlike any movement mechanic I've used in a game, and allows for some creative maneuvering that allows you to take advantage of the fact that you can move in any direction at any time. Rocket headed your way? Point your hands in the air and blast down, then look up to counter with one of your own.

You also shoot with your hands. You alternate between Iron Man's standard repulsor blast, which you fire by shooting with your palms up, and a pair of secondary weapons like missiles and smart bombs, which you shoot with your palms down. You also have a chargeable dashing punch. All these moves are regulated with cooldowns, so you need to switch among them to keep fighting. Since all of the weapons are motion-aimed and you’re fighting in a 360-degree space, learning situational awareness and how to use your weapons efficiently makes a relatively simple shooter into something much more exciting.

Likewise, the fact that learning to fly takes time makes it interesting. Iron Man VR pushes you to learn an entirely foreign means of controlling a game, and then hone that skill so that you can dodge enemy fire coming from all sides and chase down supervillains before they can escape. There's a surprising amount of nuance to even basic maneuvers like turning and following a winding path, so getting the hang of it takes a little time. It can definitely get frustrating at first if you're unfamiliar with the Move wands. When you get the hang of it, though, flying and shooting with your hands feels natural and pulls you in.

It’s clear that the act of flying is Iron Man VR's driving force.... Unfortunately, there aren't that many ways to take advantage of those unique controls.

Though the controls feel inspired, there are some problems. Flying around--twisting and turning to dodge enemies and direct your movement--will likely trigger discomfort in players with a low tolerance for VR. I generally consider myself fairly resistant to VR motion sickness, but I still found myself heating up and getting uncomfortable. The free movement also makes it easy to twist yourself up in the PSVR's cabling. Even with an indicator letting you know when you should untangle yourself, it’s a bit of a hazard.

In addition to the cable issue, the PS4 and PlayStation VR show their age in Iron Man VR. On my standard PS4, every level opened with a load screen--more than a minute--and many levels had cutscenes or asides that triggered similar loads. Though it's a great chance to rest your eyes, standing and waiting for a game to load in VR very quickly breaks your connection to the experience.

It’s clear that the act of flying is Iron Man VR's driving force. Every story mission ends with a score and ranking, pushing you to replay and improve, and each map has multiple types of optional time trials for anyone who just wants to spend more time in the armor. Unfortunately, there aren't that many ways to take advantage of those unique controls. Aside from a single chase sequence and a story-heavy "horror ride" level, there is very little variation in the gameplay. With only a handful of weapons and enemy types, even the unique controls cannot stave off the redundancy. You'll also replay many levels more than once over the course of the story, intensifying the feeling that you've seen and done everything the game has to offer long before the credits roll. 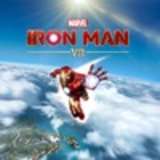 After playing Iron Man VR for about 12 hours, Mike Epstein is ready for his shot to replace Robert Downey Jr. as Tony Stark in the MCU. (They’ll find a way to bring him back). He only hurt his hand punching an IRL wall once during the review process. His copy of the game was provided by the publisher. 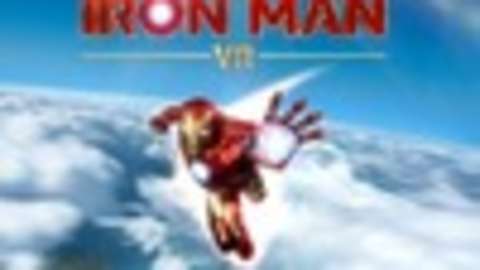