Mark of the Ninja Review

Rewarding gameplay and clever stealth mechanics make Mark of the Ninja an experience to remember.

The stealth genre has brooded in the shadows for many years, coming out only for a handful of memorable games before slinking back into the darkness. It's out again with Mark of the Ninja, but Klei Entertainment's new creation abandons the 3D conventions of most stealth games for a simpler 2D platforming framework that takes the genre in an exciting new direction. It's a ninja game that remembers that ninjas are supposed to be invisible masters of the shadows, not sword-swinging brawlers like their samurai cousins, and its attention to stealth design pervades every moment of gameplay. Fluid controls make combat and movement flow as smoothly as a well-crafted haiku, and brutal assassinations add gravity to the comic-styled visuals. Rich and lengthy levels demand full use of the powers at your disposal, and a somber and minimalistic musical score adds tension to every step.

The hero is the Kratos of ninjas, a scowling, silent type wrapped with red tattoos that give him greater powers than his shadowy brethren. There's a catch, of course: the marks may eventually drive him insane. He's occasionally accompanied by a female accomplice who drops hints and tutorial advice as the two prowl through fanciful Asian urbanscapes and Eastern European castles on the heels of a bad guy in a business suit with a Russian accent. The story is strangely compelling despite its lightweight exposition, told as it is through competently voiced animated cutscenes that look like they were pulled from lost episodes of Batman: The Animated Series, although it ultimately serves little more purpose than providing context for your actions. The rest of the story reveals itself through tidbits dropped by your female accomplice (who's a bit on the cynical side), and still other narrative touches are found in the scrolls hidden in the nooks and crannies of each level, but nothing defines the experience so much as the ninja's unrelenting pursuit of justice in the game itself.

Mark of the Ninja's controls are unfailingly responsive, and few platformers have handled stealth mechanics with such facility. In its best moments, it's a work of kinetic poetry, with the ninja climbing walls, flying between platforms with grappling hooks, and sneaking into vents only milliseconds before a deadly laser sweeps around or before he's revealed by the flashlights of a patrolling guard. Evasion is key, as highlighted by the scorecard at the end of each round that awards points for remaining undetected and keeping all the guards alive.

Hiding places abound, such as doorways and potted plants that the ninja can flit between with a tap of the B button, which helps if you've accidentally triggered an alarm and need to hide while the alert dies down. You also find plenty of uses for unlockable tools such as smoke bombs that disrupt trigger beams and noisemakers that distract guards, although you're limited to using only two of these "ninja tools" besides the default (and limitless) wooden darts. If you want to change your loadout, you have to stumble across one of the rare kiosks or wait until the end of the level to switch them out or spend points on new tools.

Mark of the Ninja best quality is that it almost always gives you a choice between murder and avoidance, such as when it seems like the only way around a wall of lasers is to kill a patrolling guard and drag his body under them to deactivate the sensors. Look long enough, though, and you sometimes find a ventilation shaft hidden behind a movable crate that lets you bypass the obstacle altogether. Often, though, moving in for the kill is quicker; done right, stealth assassinating the majority of guards is a rewarding affair of sneaking up on them, clicking X, and following a directional prompt based on your position.

For added safety, you can drag and stash the guards' bodies in the game's many doorways and ventilation systems before another guard finds them and switches on the alarm. Or you can nab bonus points for using an unlockable skill that leaves them hanging from the ceiling and frightening their friends (thus allowing you to rush in and finish them off). But when you botch a job, it shows, and the clean kills of a stealth assassination give way to embarrassingly rough kills that leave the target kicking, gurgling, and attracting the attention of other guards. Mark of the Ninja reminds us that ninjas should take no glory in messy kills.

It's moments like this when the beautiful simplicity of Mark of the Ninja's stealth design starts to show. As you finish up your shoddy execution (dubbed a "peasant's death" by the announcement that floats up afterward), you see pulsing yellow circles in the distance that indicate the location of guards who have heard the noise, so you know where not to go when making your escape. Such visual cues are tremendously useful, and the game makes excellent use of them. Break into a sprint by pressing the right trigger, and a gigantic blue circle pulses around the ninja. Aim a noisemaker with the left trigger in the direction of a guard, and you'll know he heard it fall if the pulsing circle sweeps over him. Circles even indicate the footsteps of the guards, and let you know when the guard has walked away. These cues are especially useful when avoiding the dogs that make their appearance far along the journey, making the struggle to keep them from sniffing you a bit more bearable.

There's not much variety to enemies beyond shields, dogs, and strongmen to complement the army of rank-and-file guards, but there seldom seems to be a need since the level design plays such a prominent role. Levels are fairly linear, although there are plenty of hidden passages with upgrades and artifacts to discover if you want to venture off the beaten path. There are also dozens of satisfying puzzles and deftly hidden challenge rooms that test your skill with some of the game's stealth mechanics.

Appropriately, Mark of the Ninja is a dark and shadowy experience, and many of the later hours take place in almost total darkness, which makes grappling between platforms that could crumble at any second a challenge. By this time, though, you'll have the far sight ability, which reveals your surroundings as though seen through an X-ray, although you can use it only when you're standing still. This restriction is a nice touch that sidesteps the oft-ridiculed scenario of people playing Batman: Arkham Asylum with detective vision on at all times, but far sight occasionally disrupts the otherwise effortlessly fluid gameplay when a level forces you to use it every few seconds.

The one feature that would have made Mark of the Ninja more satisfying is cooperative mode. It hints at one with the story's inclusion of the female ninja, but in the end, the only nod toward multiplayer competition is the 13 leaderboards that showcase your performance on each level and in the story as a whole. There are still plenty of objectives, however, such as seals that award points based on level-specific challenges to heighten the stakes. Mark of the Ninja is that rare game that gets all the hallmarks of a platformer right while distinguishing itself as a unique and fulfilling adventure. With its tense pacing, its shadowy ambiance, and the endlessly satisfying act of slipping past an entire squad of guards, Mark of the Ninja is an excellent adventure that will leave its mark on you for months to come.

View Comments (31)
Back To Top
8.5
Great
About GameSpot Reviews 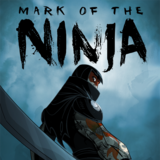 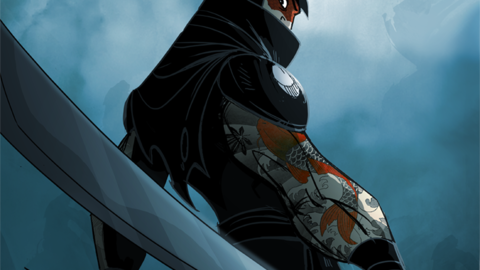 Mark of the Ninja

Mark of the Ninja is a side-scrolling stealth action game from Klei Entertainment that combines fluid 2D animation with intense stealth gameplay.