Great puzzles all have one thing in common: they present a conundrum bound by defined rules and then give you the tools to craft a plan to conquer this obstacle. Trial and error is ultimately part of the thrill of overcoming these challenges, but the truly brilliant puzzles can't be conquered by brute-forcing a million little experiments, or sliding tile puzzle pieces around: You have to actually figure out an answer to beat them. At its best, Mario vs. Donkey Kong: Tipping Stars understands this, forcing you to create elaborate and dynamic Rube Goldberg machines to achieve victory. Unfortunately, it takes far too long for the most devilish puzzles to rear their heads.

Mario vs. Donkey Kong: Tipping Stars is equal parts Lemmings and World of Goo. The main campaign consists of six worlds of eight levels in which the goal is to guide mindless wind-up Marios (and assorted Mario universe crew members) through a gauntlet of spike pits, Shy Guys, Donkey Kongs, and fire-breathing piranha plants by placing player-crafted paths and machinery at the door(s) at the end of each level while also picking up each coin and token for maximum points at the level's end. By clicking on paths, jump-pads, tunnels, walkways, and lifts, you gain resources that can then be placed on marked points on the map to create your tools for victory.

There's too much of a time investment before the game reveals its real potential.

This might sound simple in concept, but Tipping Stars knows how to complicate its premise. One of the key complications of any map is that, barring levels where each figure has its own separate door, all the characters must enter the final door within a short timeframe of each other. Once a character is awakened, it only travels in a single direction--turning around if it hits a wall--and if characters are spaced out around the entire map and facing opposing directions, it's as much of a challenge to get them facing the same way and close to one another as it is to collect all the coins and reach the level's door.

Each world introduces a new fundamental mechanic. The first zone is the simplest, and allows you to drag red girder beams to make walls, ramps, and paths. You'll likely get the gold trophy--calculated by how quickly you can finish the level--on your first try for most of the early levels. Each world then brings in something new without abandoning the tricks of earlier worlds, until you're forced to think about how to use this path to most effectively utilize the lift so you can get the highest bounce off the jump pad. It's a shame, then, that it isn't until World 5 that any of the puzzles have the slightest amount of bite.

You'll likely get the gold trophy--calculated by how quickly you can finish the level--on your first try for most of the early levels.

If you want a game to test your children's spatial logic and reasoning skills, Tipping Stars might be a good choice, though the complex later puzzles can prove frustrating. But in 2015, there are too many, more challenging options for adults looking to have their brains stretched for Tipping Stars to feel like a worthy investment. Once you do reach the more challenging puzzles, they are wicked. The main campaign is short--it takes less than four hours to complete--but there are 24 bonus levels in the game, and, right out of the gate, they not only stretch your problem-solving skills to their limits, they continue to introduce new mechanics to the game, including magnetized walkways. But there's too much of a time investment before the game reveals its real potential. Tipping Stars does offer you the tools to create your own levels so the most dedicated puzzle fans could rise to the challenge and create their own complex worlds for players to explore, although it’s hard to gauge what that community is going to accomplish at this time.

Between its lackluster introductions and almost total lack of context for why you're doing anything in the game, Mario vs. Donkey Kong: Tipping Stars feels more like a particularly robust tech demo than a proper full-release. As a cross-buy title, it can be played on both the Wii U and the 3DS, but since you only use the Wii U Gamepad while playing, there's little reason to play it on anything other than the 3DS if you own both. If you have the patience to stick around for the game's true challenges, Tipping Stars is worth an inspection, but you have to slog through a lot of tedium to get there. 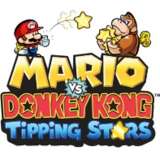 Don was never much of a Lego kid, but "construction puzzlers" like World of Goo have always been fun diversions. Don spent around 5 hours with Mario vs. Donkey Kong: Tipping Stars and is considering going back to beat those tough bonus levels soon. 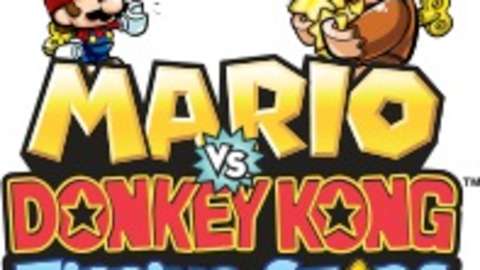 The Mario vs. Donkey Kong series makes its way to Wii U with the newest game in the charming puzzle series. This HD entry takes full advantage of the touch screen on the GamePad controller and features a near-limitless puzzle-creation mode.

5.3
Sign In to rate Mario vs. Donkey Kong: Tipping Stars