A lot of polish went into Mario Tennis, and it shows.

With its recent track record, it would seem that game developer Camelot could do no wrong. Starting off its run with the exceptional Mario Golf, it proved itself on the handheld front with an excellent translation for the Game Boy Color. Showing a knack for Mario-licensed sports games, it released Mario Tennis for the N64, bringing that same Mario flavor to the sport, making it fun for hard-core tennis enthusiasts and the plain-Jane casual players at the same time. Camelot's latest endeavor, Mario Tennis for the Game Boy Color, deftly translates the N64 game of the same name into one of the most finely tuned sports titles available on a handheld system.

Just like its immobile big brother, Mario Tennis for the GBC gives the player a good deal of gameplay options to choose from. For those just looking for a quick game there's the exhibition mode, which allows you to play either singles or doubles matches with your favorite Mario characters. The Mario Tour mode puts the player in an RPG-style setting, where you must train and develop your character and make your way up through the ranks at the Royal Tennis Academy. As an added bonus, your characters from the Mario Tour mode can be transferred over to Mario Tennis for the N64, with the help of the N64 Transfer Pak. The game also allows for linked two-player games, and it offers a handful of Mario minigames, which are training levels designed to hone specific skills. While it's unable to deliver the four-player action that really sold the N64 version, Mario Tennis will still likely keep you hooked with its razor-sharp AI and lengthy career mode.

While this selection of gameplay options in and of itself is impressive, what's more impressive is the fact that the game is able to almost perfectly capture the look and feel of the N64 version without compromising the control. The controls for Mario Tennis are almost identical to those of the N64 version, providing the same level of pick-up-and-play and a good level of depth as well. The combo mechanic from the N64 version is still present, allowing for lobs, drop shots, volleys, flat shots, smashes, and more, proving just how much you can accomplish with two face buttons and a D-pad. The physics are also pitch-perfect, with a variety of court surfaces that have a very definite effect on the trajectory of the ball.

The game is simply a pleasure to play, and it's easy on the eyes and ears as well. The character sprites are sharp and well animated, though the game lacks the amount of flashy effects that the N64 version boasts. Still, the simpler graphics serve their purpose well. And while the Game Boy Color is not exactly an aural powerhouse, Mario Tennis brings a solid effects and a truly toe-tapping soundtrack--this is one of the few Game Boy games where you'll actually want to turn the volume up.

A lot of polish went into Mario Tennis, and it shows. The gameplay is intuitive and fun, the graphics are sharp and effective, and the replay value is near limitless. The little touches, such as the ability to transfer your tour character over to the N64 game, really make the game come together, making Mario Tennis not only an excellent tennis game, but also one of the best GBC sports games to date. 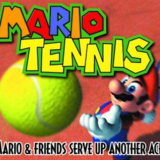 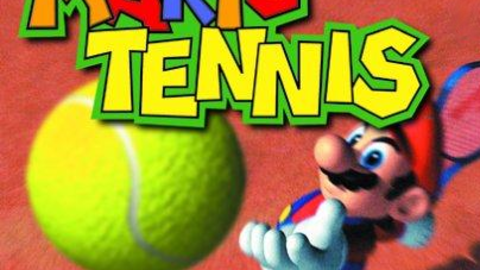 Mario Tennis is a quality tennis presentation that strikes gold on the three points that matter most: value, gameplay, and fun.