Though an enjoyable addition to the series, Mario Party 9 is much too familiar and predictable.

If Mario Party 9 were an actual party, it'd be a high school reunion. You turn up, look around, see all your old friends, and think "Hey, you guys have changed!" But within five minutes, you realize that beneath the flashy clothes or new facial hair, they're much the same people. That is what playing Mario Party 9 feels like. There are changes, sure, and frequently, they're for the better. But the improvements are largely superficial. There's no getting around the fact this is the ninth console iteration of a bunch of minigames in a board-game wrapping, and after this many entries in the series, the formula feels tired.

The goal is to collect the ministars that can be picked up while moving around the board or won during minigames. Up to four players travel around the boards together on a vehicle. The player whose turn it is (the captain) controls the vehicle by way of dice rolls and can reap the rewards (or punishments) for being in charge. Each of the boards has a theme that comes complete with unique benefits (such as dolphins that lead you to bonus areas) and hazards (such as a hot potato bomb that drains the unlucky captain's stars).

Boards are littered with ministars that award either positive or negative points, depending on their color. Because the captain reaps all the rewards (or suffers the punishment) there is strategy involved in setting yourself up for a windfall. However, as is customary in the series, chance is the ultimate decider of who wins and loses. The luck factor is even more apparent when you land on a square with Bowser's picture emblazoned on it. These squares shuffle up the standings, potentially destroying any progress you've made. Random chance having such a huge impact on who wins is a serious detriment, and your tolerance for this unpredictability goes a long way toward determining how much fun Mario Party 9 is.

The minigames are where Mario Party 9 shines, and in the heat of competition you'll bump your opponents out the way to catch thrown hula hoops, chase each other down in a variety of vehicles, or leap across moving platforms. There are some more thoughtful, slower-paced challenges, too: memory games, jigsaw puzzles, and pattern-recognition tests. The majority of the minigames are a free-for-all, with every player for himself or herself, but sometimes the current captain has to face off against the other players working together as a team. These can be particularly rewarding, especially if you're the captain and manage to evade three friends all gunning for you.

For the most part, the minigames rely on traditional directional pad and button controls, with the remote held sideways, though there are some exceptions. Those minigames that feature gesture or pointer controls are usually easy to get the hang of, so there's little to prevent inexperienced players from joining the fold. The single problematic minigame is one where you have to turn the dial of a safe--here, fussy controls needlessly complicate things.

Such problems thankfully don't exist in boss confrontations. Frequently, they have you competing against each other as much as the boss character, such as bouncing each other out of the way as you try to stomp Wiggler or rigging a rotating platform so a rival is in the path of an angry whomp. Each board features two boss fights and, much like the majority of the minigames, they are genuinely good fun.

The minigames make Mario Party 9 entertaining for a few hours, and there's enough content to make it worth coming back for more. But be warned: because luck is such an important factor, it's highly preferable to play with friends. It's easier to overlook the problems when you have a real-life companion to moan, shout, or throw picked onions at when you lose half of your stars in a way you couldn't avoid. In contrast, playing against the AI is a tedious and tiresome affair. Unfortunately, if you want to access all the content, you don't have much choice.

Mario Party 9 contains a single-player story mode, in which the nefarious Bowser and the equally nefarious Bowser Jr. have stolen the world's ministars. This serves as an hour-long introduction and isn't very engaging. Ringing up a victory is easy because you only have to stop one AI character from winning (rather than winning yourself), and each game lasts too long. Unfortunately, to unlock the sixth board and two of the 12 characters, you have to complete this mode, which is a frustrating requirement.

Beyond the Party mode and the tedious Story mode, there are a host of unlockables that can be purchased with party points (earned simply by playing the game). These include a Donkey Kong-themed board, new vehicles to traverse the boards in, and constellations to marvel at through a telescope (read: a waste of points until you've unlocked everything meaningful). The minigames are also playable by themselves, should you fancy diving right in with friends, and there are four extended remix games, including a rather good Hexic HD-like shape-swapping puzzle game.

Overall, Mario Party 9 is a decent package with a lot of content, even if the Story mode is something you'll wish you could avoid. It's colorful, good looking, and fun with others, but after so many games, the appeal just isn't going to last for many people. There's no denying that what Mario Party 9 does, it largely does well; it's just that it's largely been doing it well for nine console games and two handheld games. Once you've spent a few hours with mates, seen all the different boards, and played all the minigames, there's very little incentive to return. Much like that high school reunion, it is fun for a night, but you won't have any hesitation about moving on. 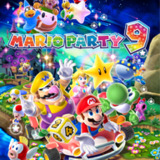 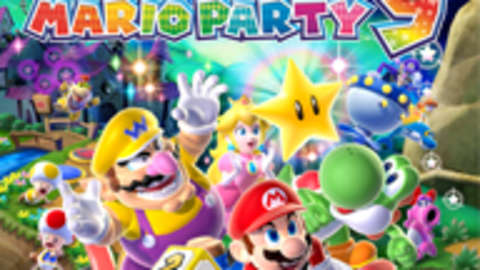 Mario Party 9 brings back the four-player board game mayhem with a bunch of new minigames.