Now you're thinking with gravity.

You stand in a room and the floor is the ceiling, or maybe it's the other way around? No, everything is the floor and you're falling through infinity. Welcome to the Manifold Garden, a game where you need to prepare to have your mind warped by the beauty of repetition and some seriously impressive puzzles. It is an Escher-inspired fever dream of a game--you have the ability to allocate gravity to any side of an environment at any time, and it's surprising just how many different puzzles the game manages to pull from this concept, with new elements gradually being introduced at just the right pace to grant further complexity without being completely daunting.

To start, there are colour-coded cubes which need to be placed on switches to open doors or other mechanisms. It doesn't take long to discover these colours are also relevant to their own personal gravity and as such, cubes can only be moved when the world is in that orientation. Add stairs going in different directions, switch combinations, and staggered environments, and even these relatively basic puzzles take some mind-bending to get accustomed to, which makes for further payoff when solutions come.

It takes a while to adjust to the changes in orientation, so for the first few hours, I often found myself getting lost and even feeling a little nauseous and headachy (though it's worth noting that there are settings to adjust field-of-view, which helps). I found that the more I came to understand the concepts, the less this happened, as my mind stopped fighting what it was seeing. Towards the end of the game, I could rapidly make these changes; I could almost hear the click in my brain when everything started to become intuitive and second nature. Things that weren’t immediately obvious, like understanding that the gravity of one block can be used to stop another from falling in order to trigger a seemingly impossible switch, went from edge-of-the-brain concepts to be instinctual.

There was one particularly devilish puzzle where I had to use several different cubes to hold a single, vital cube in place. It had to be done in a specific way and sequence to take advantage of their individual gravities. When I first approached this problem, it hadn’t previously occurred to me that this was even possible, and I was left stumped for ages. The payoff for working it out, however, was not only immensely satisfying but helped open my mind for further puzzles. I began using cubes to hold various things in place, and even as steps for myself (even when it was unnecessary to solve an actual puzzle). It’s in these moments where I felt like my power in this ever-changing space was growing, where the game made me feel like a master of my own domain.

The aesthetics of Manifold Garden are confrontingly beautiful, in that they are both stark and complex. The music is minimal, though it builds in peak moments with intense synths which seem to mirror the environment. There are practically no textures to speak of and almost everything is made of simple polygons; the environments are littered with stairs which seemingly go in every direction, whether or not you know that's what they are at the time. Some of the environments are simple, like a beautiful block tree with running water displays in a sort of Japanese garden aesthetic. Others are incredibly complex with moving parts in multiple directions. When looked at up close, it can appear dull and barren, but a step back will often reveal the psychedelic beauty in greater patterns.

The physical stages themselves actually repeat endlessly into the void of the world, and this is more than just an aesthetic choice--it allows you to fall off a ledge forever and then land back on otherwise unreachable areas, creating another obtuse mechanic that comes into play during later puzzles. In every way, Manifold Garden's world challenges you to think differently while maintaining that you're always safe--there isn't death or fall damage of any kind. This allows you to explore without fear, while also taking the time to internalise the game's logic.

As you progress through the increasingly layered architectural stages, you'll find little-to-no hand-holding and for the most part, this is fantastic. There's just enough direction that you get the satisfying sensation of working things out yourself, which comes with a deep feeling of accomplishment. Even as new, unexpected elements are added, they're grounded with enough familiar imagery that you can eventually decipher new solutions with minimal prompting. For example, cube trees grow cube fruits, which can be planted in special areas and given water to provide new trees and more fruit; water can move a turbine to provide the power that opens a door, allowing you to move forward. I was stumped multiple times throughout my playthrough, but it was never due to an obtuse new mechanic being added. Instead, the puzzles are all legitimately clever and tricky, which required me to look at them from literally all angles in order to work out a solution.

There's also an incredible density of puzzles. Sometimes, even traversing from one room to the next provides you with a new obstacle to reconcile your way around. Very rarely did I feel like Manifold Garden provided much reprieve. Instead, it keeps your mind constantly thinking, always looking for new angles, and firmly on the tips of your toes. But, there's also no pressure--no enemies, no time limits--and this makes Manifold Garden feel like an intensely cerebral experience from start to finish.

There was one puzzle in Manifold Garden that was so tricky I couldn't solve it myself--and I later discovered it was only because I'd missed something from an area I thought was finished. The game doesn't always do enough to provide you with clues to solve its problems--in this one occasion, I wasted possibly over an hour trying to find a solution where there was none. There were a few other moments where I felt that a little more direction would have been welcome, or where I solved a puzzle on accident and missed an important lesson as a result. However, being forced to work out every other problem in the game for myself was so gratifying that in the end, I felt like it was worth the hours lost to obscurity.

As I stood in the impossible world of the Manifold Garden, I felt tested and worthy. Its puzzles are incredibly satisfying and offer a very clever blend of step-by-step knowledge-building with increasingly challenging solutions. The environments are awe-inspiring in their endless repetition, but repetition isn't a trait reflected in the game's challenges. There is always something new, or a new way to look at something old, as you traverse through the infinite horizon. Manifold Garden is a feast for the eyes and the mind, so long as you can wrap both around what it has to offer. 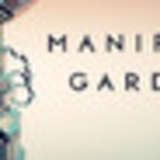 Hope spent much of her time in the Manifold Garden in opened-mouth awe, sometimes at the beauty of the world, others at the constant barrage of interesting puzzles, and occasionally at her own stupidity. She spent about seven hours completing her first playthrough but wagers upwards of an hour of that was spent being incredibly stuck.