MLB 2K9 is a deeply flawed funhouse-mirror distortion of baseball.

Scientists have long pondered the existence of other universes where the physics are totally different than they are here. In these strange dimensions, up would be down, fast would be slow, and Major League Baseball 2K9 would be a realistic depiction of the national pastime game. In our own mundane reality, however, 2K Sports' latest look at the grand old American game skews baseball so much that you seem to be viewing the diamond action through a funhouse mirror. All of these distortions become more glaring the more time you spend with the game, resulting in a deeply frustrating experience that never feels like the real thing.

Most features are identical to what they were in MLB 2K8, so you still have the options for single games, franchise play, playoffs, and the home-run derby, as well as multiplayer matches, tournaments, and seasons against buddies on the couch or over the Internet. Living rosters have been added, so you can enable this feature and see your rosters mirror those of the real Majors this summer. If the Twins and Jays pull off a trade in the real world, it happens in your franchise league, too. The interface has been refurbished with the addition of nested menus similar to those on display in NHL 2K9. Everything is a lot easier to find here, however, with all of your GM and manager duties split up into separate lists. Some items aren't where you might expect them to be, but after you spend about five minutes figuring your way around, you can navigate the interface with a gamepad almost as smoothly as if you were using a mouse.

Hitting, pitching, and fielding are carried over largely intact from last year, although everything has been made a little easier. As with most sports games these days, the default controls make just about everything reliant on the right analog stick. Hitting is a straightforward pull back to get set and a shove forward to swing, with the extra option of pushing the left stick around to pull the ball, slap it the other way, keep it on the ground, or get it into the air. Pitching works in a similar fashion, although it is a bit more involved in that you have to move the right stick to sort of mimic the motion of the ball. So for a fastball, you just pull back to fill up a yellow circle and then push forward to release the ball, while change-ups are handled by making the same movements in reverse, and breaking pitches are thrown by twisting the stick in a circular motion. To field balls, you guide players around with the left stick and then throw to the base of your choice by pushing the right stick in the appropriate direction. You hold the stick to fill up a meter and determine how hard your throw will be. Overall, the controls are intuitive and simple to dive right into, but they don't have a good feel and can be extremely imprecise.

Hitting is too easy on all difficulty levels. Games often wind up being slugfests where the teams combine to clock something in the neighborhood of 30 hits. You don't have to be a good twitch gamer, either, because it's a snap to time your swings right and get big-time wood on the ball even if you're going up against a fireballer like Jonathan Papelbon. The left stick makes it easy to call your shot and place the ball wherever you would like, as long as you don't try to do something physically impossible like pull a hard outside pitch. Hit results tend to feel canned. While there are a good variety of flies, fouls, and grounders to cycle through, it seems like you're getting roughly the same results. A single to left is a single to left, in other words. You need to play a couple of dozen games to generate even a handful of "Huh, I've never seen that before" moments. And top sluggers get on absurd hot streaks. We hit multiple home runs with players many times, including a spectacular four straight in one match with A-Rod and three in a row in a game with teammate Nick Swisher. Expect these homer explosions to happen consistently. It's so predictable that if you send a ball over the fence in the first or second inning, you can pretty much bank on being able to hit a couple more with the same player before the end of the game.

Stepping onto the rubber has its issues as well. Throwing a circle change, a four-seam fastball, a slider, a curveball, or whatever else is handled with a simple right-stick twirl that's easy to pull off moments after starting your very first game. This makes the game accessible, but also a bit dull in that there is no challenge to pitching. It's not any harder to throw even the most arm-aching breaking balls after pitchers get tired in the later stages of games. An equally irritating problem is presented by catchers. They work with you and call pitch types and locations, but they're dumb and have a limited imagination, to say the least. Catchers call for fastballs a good two-thirds of the time, even if you've got a starter on the mound with highly rated breaking pitches. The result? You get shelled. Thankfully, you can wave off the big lunks wearing the tools of ignorance. But doing so takes so much time that you're better off throwing whatever you feel like at wherever the catcher is holding his glove and risking the odd passed ball.

Fielding is the biggest irritation in MLB 2K9. Controls are amazingly touchy. The throwing meter is so sensitive that you can easily accidentally go into the red and throw the ball away. If the catcher drops a third strike, for example, and you have to throw down to first to record the out, a light touch is needed to avoid chucking the ball down the line into right field. Moving fielders can also be an adventure, especially in the outfield. Just touching the left stick at about the same time that a fly ball arrives seems to cause the ball to be dropped. Also, infielders and outfielders seem to have been switched up by the developers. Infielders never appear to be in a rush to get rid of the ball. Second basemen double-pump for no reason, and shortstops take an eternity to get the ball out of their gloves. The result is a lot of infield singles and a ton of botched double-plays. Conversely, outfielders scoop up every routine ground ball hit for a single and gun it back in like their lives depend on it. Fielding even has the power to irritate you when you're not doing it. Watching the computer-controlled fielders at work is like being poked with a sharp stick. Opposing infielders can somehow throw lasers from their knees from behind third to nail speedy runners at first, while their regular tosses are often rainbow-arc lobs that travel faster than is physically possible.

Slipshod quality control can also be found elsewhere. Animations stutter on a regular basis, mostly between plays after outs have been recorded. Online play with the PlayStation 3 is laggy to the point of being unplayable at times. Xbox 360 multiplayer is considerably better, although there is a slight response delay when hitting that forces you to swing much earlier than you do in solo games. Both the visual quality and the audio are second rate. Players tend to look like Madame Tussaud refugees who've spent too much time in a tanning salon, and runners kick up globby clouds that look more like brown lens flare than infield dust. Both the Xbox 360 and PS3 versions of the game have specific visual quirks, as well. The former has a strange softness that gives everything an indistinct, Vaseline-on-the-lens appearance, while the latter is loaded with jaggies in the stadium architecture.

Play-by-play commentary from newcomers Gary Thorne and Steve Phillips is loaded with absurdities like telling a pitcher throwing a one-hitter that he needs to buckle down to keep things from getting out of control. They also make the same weather observation during every single game--that it's getting a little colder. Music is a truly bizarre kitchen-sink mix of tunes. One moment you're listening to Europe's "The Final Countdown," and the next some Latin hip-hop number, and then you're on to Judas Priest bashing through "You've Got Another Thing Coming." We would love to meet the guy who came up with this soundtrack.

Stats appear to be unreliable. We hit seven home runs with A-Rod in the first four games of a season, yet the stats credited him with only three. Cutting down the Yankee star's home-run totals probably wouldn't be a bad idea given his recent confessions of steroid abuse, but there are better ways to go about it.

Either MLB 2K9 shipped in a half-finished state or the developers have never seen a baseball, much less thrown one around. You can see that the foundations have been laid for what could be a creditable baseball game, but design screw-ups render playing it an exercise in frustration that grows more bothersome every time you hit the diamond. Like Chicago Cubs fans say at the end of every September: "Wait till next year." Maybe 2K Sports will get it right with MLB 2K10. 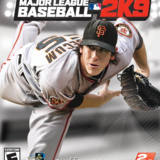 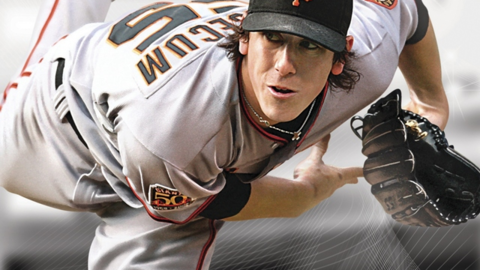