A good pitching mechanic can't mask the many faults of MLB 2K12.

Being the understudy to a beloved star is a tough job. Your efforts seem all the more disappointing because people compare you to another, more popular performer. This also applies to 2K's baseball games; whatever they do, year after year, they just can't escape an unfavorable comparison to Sony's superior series, MLB 12: The Show. MLB 2K12 tries to stand out with an easy to grasp analog pitching system. Although this mechanic is nice, unimpressive visuals, numerous graphical glitches, and other issues make this year's baseball game difficult to recommend.

Where other games have games have incorporated a three-click system for pitching, 2K Sports uses a pitching system that makes use of the right analog stick. Each pitch has a corresponding motion. Performing a change-up requires holding the right analog stick up for a moment and then quickly flick down; to perform a slider, flick the stick right then follow that up with a downwards semi-circle. Your success with a pitch is based on both the action performed and the timing.

When initiating a throw a white circle appears onscreen. Inside, another yellow circle begins to expand. When the inner circle meets with the outer circle, you stop the motion and perform the pitch. The size of the inner circle and the accuracy of the motion determine the success of the pitch. Performing the wrong motion can result in a wild throw or one that goes off your intended mark.

While the system is easy to grasp, it’s nothing new. What is new is the addition of a dynamic tendency system which gives constant feedback regarding pitch successes and failures. When a new batter is up to the plate, pop-ups inform you of the last pitch thrown to the last batter and, if applicable, to that specific batter. These can be very helpful as you progress through a game since knowing the correct pitches to throw will help with winning games.

To prevent the overuse of one particular kind of throw, AI batters will be able to pick up on trends and effectively swing at what they face. This forces you to change how you approach each batter. By keeping it varied and paying attention to the pitcher's pitch count, you should be able to shut the door on any late-inning rallies.

On the field, there are numerous issues, especially when the AI is in control. When playing the My Player mode, your teammates are regularly out of position, which allows easy single after easy single. Nor do players adapt to events unfolding during the course of a game. For instance, when balls are constantly heading towards a specific area, players don't move to a better spot in order to prevent the same thing from happening again.

You have absolutely no control over the actions of your teammates and are forced to rely on an AI coach. On top of that, your AI manager makes illogical decisions. Playing as a pitcher, you might unexpectedly be pulled while pitching a shutout after only three innings of work. On the other hand, you may be kept in too long when everything you throw is resulting in a base hit.

Other problems on the field include transitions between catching and throwing, which never feel fluid or natural. It's normal for a player who is getting off the ground or running to not have complete composure when throwing a ball, but even when a player is standing, his motions are out of place. There is a clear pause in the animation which can lead to a player reaching a base when they shouldn't have.

Awkward animations are apparent in a number of spots. While most players batting stances have been replicated well, facial animations are severely lacking causing most to appear as lifeless zombies. On top of that, there are numerous graphical glitches. The most evident occurs between innings: the camera often disappears into the stands and shows the feet of those in attendance. Other oddities include a player standing motionless in the batter's box while the opposing side trots back to their dugout.

The My Player mode, while serviceable, is littered with the AI issues mentioned earlier. Franchise mode fails to stand out over last year, and the same goes with the other included modes. MLB Today lets you play at the same pace as your favorite team, which hardcore baseball fans may appreciate. It's nice to be able to do so and rewrite a team's history, but only the most dedicated fans will trek through a season playing a game every day.

Outside of the pitching system, the only other notable part of the game is the commentary. The three-man team of Gary Thorne, Steve Phillips, and John Kruk has good chemistry and delivery. They reflect on the performances of players and teams from games past and present, and even highlight what they expect to see. Steve Phillips and John Kruk specifically address pitches, remarking on tendencies and offering their suggestions, which is helpful for newcomers. In most cases, what they say ends up holding true--especially if you decide to throw the same pitch time and time again.

Online modes include quick play and online leagues. Performance is pretty smooth, though a lot of the graphical issues that appear offline also appear online. In terms of speed and latency, it's rare for a match to stall or be unplayable.

MLB 2K12 is plagued with issues. While newcomers can pick up the game and grasp the basics, die-hard baseball fans who want a realistic experience that is engaging from start to finish will be quickly turned off. The pitching system is the only thing of note, but if you want a more refined and authentic baseball experience, you should look elsewhere.

Editor's Note: This review previously contained incorrect information about the pitching mechanic being entirely new. What is new is the change in pitch reliability. GameSpot regrets the error.

View Comments (26)
Back To Top
5.5
Mediocre
About GameSpot Reviews 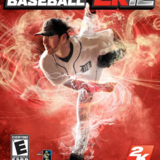 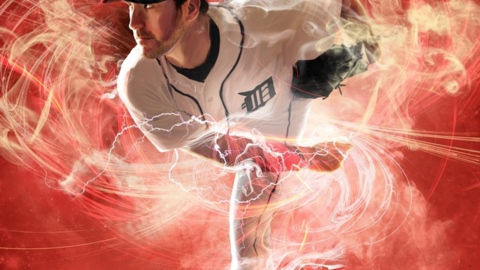