A number of small changes make MLB 2K11 better on the field than its predecessor, although the majority of the new game is identical to the old game.

It's often hard to tell the difference between one year's MLB 2K and the next. Just about every aspect of this year's 2K Sports take on the national pastime is the same as last year's 2K Sports take on the national pastime. Some minor improvements on the field make for more realistic games, the player-ratings system has been upgraded, a new throwing meter is used when fielding, and some of the visuals have been fine-tuned. But other than that, this is just a baby step forward for the series.

With all that said, MLB 2K11 is still a very good baseball game. This new game rehashes everything that made last year's edition perhaps the best in the history of the series. Modes of play have been carried over with few noteworthy changes. My Player mode still lets you create a pro and role-play him from AA to the majors, earning skill points through being able to take part in every at-bat, pitch, and fielding attempt. Little work has been done to improve depth, though. In-game challenges are pretty much the same. Skill advancement is the same. Even the generic career advice offered on the menu screen is the same. It's now a little harder to make it to the bigs, due to added criteria like having to achieve ratings in a range of specific skill categories before getting a phone call. Just knocking the cover off the ball for a few weeks isn't good enough anymore. Skill points are freely handed out for about everything you do in games, however, so even with these added hurdles, it isn't all that arduous to make it to the show.

Franchise mode still lets you take over an entire team and try to get deep into October for years into the future. A few adjustments have been made, mainly to injury tracking; players can now come down with minor nagging problems that reduce their effectiveness. You now need to make more managerial decisions, deciding whether your starter at 85 percent is a better bet than his backup at full health. MLB Today mode lets you track the real pros and play games day by day as the season progresses from spring training through the World Series. Other standard options let you get into exhibitions, online matches and leagues, a home-run derby, training competitions, and so on. The overall feature package is identical to last year, so if you're familiar with the series, you know exactly what to expect. About the only notable upgrade is stable and almost lag-free online play (there is an almost imperceptible delay when batting on both the Xbox 360 and PlayStation 3, so you have to swing a split second earlier in comparison to taking cuts offline), which is a huge improvement over the matchmaking bugs that made it tough to find games a year ago.

A handful of minor refinements combine to make the diamond action more realistic in MLB 2K11. At-bats have been tweaked in subtle ways to provide more authentic pitcher-batter showdowns. It's easier to read pitches this year in the batter's box. AI pitchers are more authentic and can't paint corners as robotically as they did last year. In other words, they throw more balls. As a result, you can work counts effectively, fight off tough pitches, and hang in there for walks. Running on the basepaths is also more accurate now. Last year, it was pretty much impossible to steal bases, or even move ahead on a hit and run without nailing a solid single or better. Now, it's still tough, but it's at least possible to swipe a bag every so often if you get a great jump. Pitching pretty much stays the course. Twirling and twisting the right stick to throw different pitches remains as accurate and innovative as ever. Pitchers respond a little more dramatically to pressure now, though, as the gamepad throbs and the cursor shakes with runners on. At times, this is a bit much, as when you see an experienced World Series winner like Josh Beckett practically having a nervous breakdown on the rubber after giving up a homer and a double in the first inning of a game in April.

Fielding has been improved in a few noteworthy ways. A new fielding meter tracks how long you press a button or move the right stick when making throws. It works extremely well for the most part, giving you a good sense of how hard you need to make tosses to nail runners. The meter also nicely reflects fielding skills; the Gold Glove types have huge green sweet spots on the meter that make it easy to fire frozen ropes, while clumsier sorts have green blips that are just about impossible to perfectly nail. This can cause a few problems in My Player, because rookies start with overly harsh fielder ratings that can cause you to push the meter into the red and wind up throwing like Chuck Knoblauch for a good while in AA. Speed in the field has been turned down a couple of notches, and animations have been smoothed out to eliminate the impossibly awkward, Cirque du Soleil-style catches common in MLB 2K10. There are slight hitches to some motions, but everything still looks more realistic than it did last year, from snagging routine fly balls to runners plowing into second basemen to stave off double plays.

Game results and stats are carried forward in MLB 2K11 in the same realistic manner that they were handled in MLB 2K10. Numbers appear accurate across the board, with innings rolling out in authentic ways and free of the crazy offensive explosions that made the 2K baseball series less than credible in its earlier years. Dynamic player ratings based on performances in the real major leagues have been added to the mix this time around. Now, if someone goes on a hot streak in the real world, his ratings go up in the game. If someone gets cold in the real world, his ratings drop in the game. Stats are tracked and then adjusted after every month of real big-league action. This is a good way to keep things current as MLB goes through its 2011 season, of course, but the impact on gameplay should be pretty negligible for most players. Dynamic ratings should allow MLB 2K11 to accurately represent surprise phenoms and surprise busts this season by bumping ratings on the fly instead of waiting for a roster patch or next year's game. But unless you happen to have one of these players on your fave squad in the game, it's hard to see this frill making much difference to anybody, aside from diehard MLB Today fans who want their games to play out just like they do on TV.

Presentation values have been bumped up in a few ways, especially when it comes to visuals. As already noted, animations have been adjusted so that plays in the field are more realistic. Lighting and shadow effects are more lifelike now, giving a boost to player and stadium models that at times looked flat in previous editions of the game. Player faces still appear pretty lumpy, however. Creating a player results in a face out of a funhouse mirror. The 360 version looks better than the PS3 version, just as it was last year. Where the 360 visuals are smooth, the PS3 graphics are more conspicuously jaggy. Still, the differences between the two platforms are not as pronounced as they were a year ago. Audio is also quite good. Atmospheric stadium effects are more amped up and better wrap around you with a good surround-sound setup. The broadcast trio of Gary Thorne, Steve Phillips, and John Kruk continues to sound natural in the booth, though their particular brand of analysis won't always appeal to the modern stat-loving crowd. Much of the soundtrack repeats the general themes from the past couple of years in that most of the tunes have an indie rock flavor with the odd bit of classic rock sprinkled in. Nothing here is offensive to the ear, although more variety would be nice, and tracks like Joan Jett's "Bad Reputation" sit uncomfortably alongside the likes of Five Finger Death Punch's nu-metal "Hard to See."

As much as MLB 2K11 is an undeniably better game than its predecessor, there isn't anything here that makes the game an absolute must-buy for those who have last year's model at home already. All of the many subtle improvements make for a more authentic experience on the diamond, but this is more of a roster patch with some nifty gameplay tweaks than a full-blown sequel. After the great leap forward in last year's game, mostly treading water this time around comes as a bit of a disappointment. 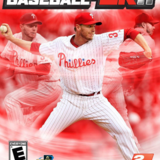 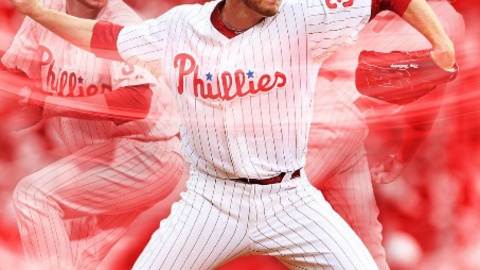 Major League Baseball 2K11 is the next iteration in the 2K baseball series.