Majesty 2 embarks on its best expansion yet, adding monster sidekicks and softening the difficulty level to the real-time king simulation.

Maybe it's not so good to be the king. Monster Kingdom, the third expansion for the real-time king simulation Majesty 2, sees your titular character booted off the throne and sent into exile with just his sidekick for company. Scrambling to get back to power requires cozying up to the creatures that you spent most of your time killing in the previous entries in this franchise, which gives this add-on a different vibe from its predecessors. While the gameplay formula remains focused on managing a fantasy kingdom by decree, everything is freshened up because you can boss around creepy ratmen and liches instead of the heroes of the earlier games. This isn't going to turn around non-fans or spark those who have gotten bored with the series, but the inventive premise and somewhat scaled-down difficulty result in a game that's a step above its lackluster and brutally hard predecessors, and also offers a number of core gameplay enhancements that make the campaign more playable.

Everything should be familiar to veterans of Majesty 2 and its Kingmaker and Battles of Ardania expansions. The heart of the gameplay has been carried over intact to Monster Kingdom. You still play as an anonymous monarch being advised by a toady, and control remains one step removed from you. Although you order up buildings and units like in a typical real-time strategy game, you never have direct control over troops. Instead, you place flags offering rewards to units that explore the map, attack enemy lairs, and defend structures. Offer enough gold as a bounty, and the unwashed masses will leap to your aid. As with the earlier games in the franchise, this is good and bad. Hands-off management makes you feel like a real ruler since you can only motivate subjects to do your bidding. But this also lends the game a certain aloofness because you feel a step removed from the action.

With that said, mechanics have been improved. Units here seem to hop to it faster than they did before, responding more quickly when you plop down flags. They still take their time, and will occasionally ignore vital goals as you jack up the attached reward to the point of depleting the treasury. But the wait never drags out so long that you want to put out an APB. Monsters also seem to be handier when you need them, especially for defense tasks. When your buildings are being demolished by rampaging giant spiders, for instance, defenders are always there to help. Before, your troops often seemed to be goldbricking so much that you started to think they'd gone and joined a union. This alone makes the campaign a more enjoyable romp than those in previous Majesty 2 releases.

Virtually all of the content comes in the new single-player campaign, which is structured similarly to those in the previous Majesty 2 games. You proceed through the saga in linear steps, completing one mission before unlocking the next one. The scenarios play out as a drive to make it back to the throne with the assistance of the monsters that used to be your archenemies. Missions are sort of a Bizarro World version of the usual Majesty 2 shtick, with you fighting to recruit ratmen, goblins, liches, minotaurs, and the like, at times actively reversing the gains made against these beasts in the earlier games. Some of the fantasy atmosphere of this wannabe epic is lost as a barrage of typos appear in almost every text box that pops up on the screen, but the story is more intriguing than the random scuffles slapped together to make up last year's Battles of Ardania.

Much of Monster Kingdom's appeal relies on the cool factor of fielding monsters in place of human, elven, and dwarven warriors, clerics, and mages. The basic structure of gameplay hasn't been altered, however, so you follow the same philosophies as in previous games when constructing guilds, markets, guard towers, bazaars, and so forth. Units are used the same way as well. Troops look different and come with new special abilities, spells, and weapons, but really you're playing the same old game with evil monsters in place of the good guys. So a mage is still a mage, and an archer is still an archer. Switching sides livens everything up, though. Just listening to the new order acknowledgments as well as the random comments from vampire tax collectors as they do their rounds gives the game a whole new vibe.

The frustration factor has also been lessened. Where the two previous add-ons were murderously hard, plopping you down in the midst of umpteen monster lairs that generated waves of skeletons, wolves, and those extremely obnoxious bearmen, Monster Kingdom eases things up a bit, particularly in the first few missions. This is still an extremely tough game, thanks to goodies like indestructible spider-generating garbage heaps on your doorstep and routine destructive flyovers by the likes of level-20 dragons. But it doesn't seem so much like the game is actively cheating you with unfair surprises around every corner. You've at least got a chance to beat a mission the first time through, which leads to much less trial and error. You're more likely to get hooked on the unique kingdom-management gameplay than to throw your mouse across the room, which is a real step forward.

If you're tired of Majesty 2's core gameplay after the original game and its multiple expansions, there probably isn't anything in Monster Kingdom that will revive your interest. But this is still a noticeably better effort than the two previous add-ons, with an innovative campaign, a much more reasonable level of difficulty (particularly in the early stages), and some tweaks to basic mechanics that ease up the sense of frustration that accompanied setting down mission flags in the earlier games. It's definitely worth a look for anyone still up for some hands-off kingdom management. 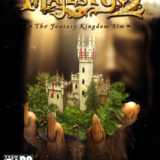 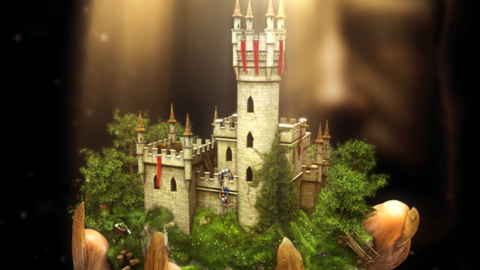 Majesty 2 will follow closely in the footsteps of the original game and will bring all key elements up to date.

7.1
Sign In to rate Majesty 2: The Fantasy Kingdom Sim