Majestic is a very passive experience, and as the novelty fades, so will your interest.

The problem with innovation is that it all too easily becomes a crutch. Majestic is one of the most inventive games in years. It has a great premise, involving shadow governments and conspiracies and the risks of trying to expose them. But it's the way Majestic brings this premise to life that is noteworthy. There is no game engine. Instead you play the game with everyday technology you most likely already have: e-mail, fax machines, telephones, AOL Instant Messenger, and a Web browser. The approach is so novel that the first few days of the game are exciting. But Majestic is a very passive experience, and as the novelty fades, so will your interest.

Majestic is broken up into episodes. This review is based on the pilot episode, which is free, and the first episode, which requires that you sign up for the EA.com Platinum Service (currently $9.95 a month). The pilot episode begins strongly. You are introduced to the browser-based interface and cast of the game. Then something dramatic happens. You'll stumble around trying to figure out what is going on. Within an hour, you'll receive phone calls, e-mails, and instant messages all giving contradictory information. You'll then be told that someone will contact you the next day, and the game goes dead.

It's a strong start. As you start researching the story behind the game, you learn that it is based on the theory of the Majestic 12, a shadow government that is heavily involved in both mind-control research and UFO cover-ups. As the game goes on, the conspiracy theory takes a backseat to a soap opera involving the makers of Majestic (or at least the actors playing the fictional creators) and the problems they face as a result of their research. The conspiracy is the heart of the game, but it's not the focus.

This is a problem. Majestic quickly becomes a passive experience, and your role becomes little more than solving simple puzzles as people send you e-mails and instant messages telling you exactly what to do. There's little challenge, and your tasks come slowly and individually. For instance, at one point some characters have seemingly vanished. You must help one of their cohorts find their new location. You are given a cryptic story and a map, and you must use one to find their location on the other. In theory it's a good puzzle: The setup is great, and the clues you are given are subtle. At first. But if you actually figure out what to do, you still can't proceed until someone contacts you and outlines exactly what you need to do. And then you see the map: It looks like a maze for children. There's one huge location in one corner and another in the opposite corner. It's so obvious that all the cryptic clues leading up to the puzzle are unnecessary.

Not all the puzzles are this cut and dried. One of the better puzzles requires you to call a long-distance number and retrieve someone's voicemail; another requires you to study a document and take several steps to prove that it is authentic. These are great, because they require you to make connections on your own. But there are few puzzles like these in the pilot and the first episode. And if you can't make the connections, the game will start giving you clues to move you in the right direction.

It's good that Majestic has safeguards so that no one will get stuck. The problem is, there's little motivation for figuring things out on your own--even if you do the research and follow the leads, the game will outline your next step when it's time to proceed. If you have vital information for a character, you often can't give that information to that character until he or she asks for it. The game finds many ways of artificially slowing your progress: Paging systems will be mysteriously down and characters will rarely be available on their messaging service. This works to set the pace, but it becomes predictable quickly.

The artificial pacing wouldn't be so much of a problem if the game gave you more to do in the downtime. Generally, your actions will simply be passing information from one character to another. Occasionally, you will be required to find this information on your own. Majestic would be a much stronger game if you were given the option to set your involvement level. Want to research important facts about the conspiracy? You can, but it will have no impact on the game. You're simply an errand boy for people who can neither be online at the same time nor figure out the simplest of puzzles.

Majestic is somewhat successful at creating the illusion that you are interacting with real people. The informational Web sites you'll visit are believably crude. The video chats you'll watch are well acted and dramatic. Many of the instant-message conversations are well scripted, with branching dialogue that makes it seem like someone is really communicating with you on the other end. The phone calls are less realistic. Each is obviously a recorded message, which is strange considering that voice-activated menu systems are so commonplace. Even having to answer simple questions would have made the phone calls much more exciting. And for those with Caller ID, the illusion is shattered even more by the fact that every phone call comes from the same number--it's not quite as believable when that professor in Chicago is calling from an area code in Oakland, California.

The excitement that you'll feel as the game begins is slowly replaced as the formulaic nature of the game becomes apparent and as you realize that there's little more to the game than the novelty itself. There are a few really creepy moments in the beginning of the pilot episode, and one or two during the first episode. If you were given a more consistently active role or even optional tasks to perform during the game's considerable downtime, it would be much more appealing to a wider range of players. In its current state, the game is little more than an occasionally interactive soap opera that borrows a considerable amount from The X-Files. The free pilot is definitely worth your time, but be warned that the first paid episode is rather slow, especially toward the end.

Because of its episodic nature, Majestic has an opportunity to create something great with future chapters. If nothing else, it has laid the groundwork for other games to borrow and improve upon its excellent premise. 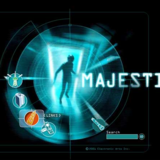 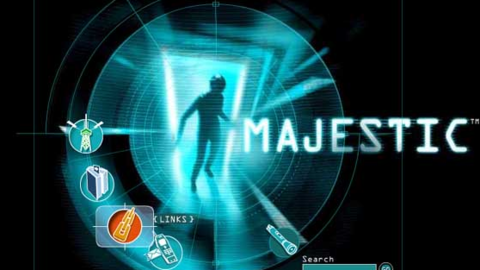 Majestic is a very passive experience, and as the novelty fades, so will your interest.