Maid of Sker's grand reopening should be delayed indefinitely.

Maid of Sker begins in earnest as you walk under a burgundy banner advertising the Sker Hotel's grand reopening. The ivy-covered building looks more castle than inn, with gray stone walls and a central spire flanked by turrets. It's an imposing piece of architecture, starkly distinct from the sun-bleached wilderness that surrounds it. Passing under that banner and into the dark and secluded inn is the playable version of that moment in a horror flick when things in idyllic suburbia go sideways, or when a shark shows up to wreck a perfectly nice day at the beach. The banner is the dividing line between Maid of Sker's "before" and "after." Unfortunately, much of the evocative promise of the before disappears the moment you enter the after.

We move through this story as Thomas Evans, a composer who has traveled to Sker Point, a rocky peninsula on the southern coast of Wales, to rescue his lover Elisabeth. She grew up here, the daughter of renowned singer Prudence Williams--the titular Maid of Sker. Her father, owner of the reopening hotel on the Point, intends for Elisabeth to take up the mantle now that her famous mother has passed and to become the star attraction, drawing visitors to the isolated land. She tells Thomas that she has refused and that, as a result, her father has locked her up until she acquiesces.

But as Thomas arrives at Sker's abandoned train station, it becomes clear that Sker Point has descended into supernatural chaos. Elisabeth has sent Thomas her mother's locket and asked him to compose a song that serves as a musical counterpart to the melody within. This will, in some way that remains unclear for much of the game, help defeat the "darkness gathering here." In his quest, Thomas needs to explore the hotel and surrounding grounds to collect four brass cylinders scattered throughout, then plug them into her father's harmonium, a massive pipe organ that dominates the hotel's central hall.

But many obstacles stand between Thomas and his beloved--mostly in the form of shambling men who occupy Sker Hotel's halls, their faces hidden beneath burlap sacks. They are sightless, but their hearing is acute, and you need to be sneaky to avoid their detection, occasionally clasping your hands over your mouth to ill-timed coughs. As you slink through the Sker, finding the cylinders is your primary objective. But, on a more regular basis, you need to find keys with icons like a kraken or a musical note that match a door with a corresponding symbol, a la Resident Evil. This process is made significantly more difficult by the game's complete lack of a HUD or any UI outside the menus that might alert you when an opponent is onto you. None of the typical stealth game icons are here; don't expect a question mark or slowly-filling lightning bolt over an enemy's head to indicate suspicion. Instead, the game relies entirely on audio cues, which can be pretty confusing. For example, when you're spotted by an enemy, the game plays a panic-inducing warning sound. But, in certain areas, a discordant run of notes--which sounds strikingly similar to the "you've been spotted" audio cue from the Dishonored games--plays consistently as part of the soundtrack. It's loud and jarring enough that you'll likely be looking over your shoulder constantly to see who spotted you.

The game is generally uncommunicative about how much noise you can make and how close to an enemy you can be when you make it. You'll occasionally pass through areas where dust particles, smoke, or other noxious fumes float in the air, and you need to hold your breath to pass through. The problem is, Thomas' coughing isn't much louder than the held breath he expels once he removes his hands from his mouth. I kept expecting enemies to notice when I exhaled, but they never did. None of this would be a problem if Maid of Sker communicated environmental information in any other way. But because audio cues are all there is, the inconsistencies are jarring.

Thankfully, some of these issues are ameliorated by a mysterious, spherical device that you find shortly after arriving at the hotel. Using slender flashbulbs, which you load into the brass orb like a magazine into a gun, you can summon a blast of ghostly music. This causes every enemy in the area to cradle their heads in pain and provides a clutch path to safety when you're cornered.

The game is generally uncommunicative about how much noise you can make and how close to an enemy you can be when you make it.

Maid of Sker places a premium on scavenging for and conserving consumables. To heal, you need to find tonic bottles. Each use of the nifty noisemaker requires a flashbulb. You can only save at phonographs, which you'll find in specific rooms. In one of Maid of Sker's smartest design decisions, each phonograph also plays an audio log, ensuring that you won't miss critical story details. This story, which is conveyed almost entirely through these logs and muffled phone conversations with Elisabeth, is the most interesting thing Maid of Sker has to offer as its gameplay increasingly begins to grate. But even the story, whose set-up feels genuinely unique, ends in a boring, predictable place.

Maid of Sker goes too far in its pursuit of a skin-of-your-teeth survival horror experience. Roughly two-thirds through the campaign, an achievement popped up to inform me that I had found all of the flashbulbs I would ever find, meaning I would not have access to Thomas' only tool for the rest of the game. Similarly, I went hours without finding a tonic bottle as a red "you're really hurt!" border flashed at the edges of my screen. As the frustration began to mount during one particularly punishing stealth section, I knocked the difficulty down to easy, and soon after found a tonic. Maid of Sker's default difficulty stops doling out consumables precisely when you need them most.

This stinginess makes Maid of Sker a chore to play for much of its runtime on normal difficulty. One particularly irritating puzzle requires you to run through pitch-black areas in search of patches of candlelight. If you take a millisecond too long in the dark, you take damage. The solution requires a lot of trial and error, and I ended up restarting repeatedly at the most recent save point, carefully calculating my trajectory as I headed into the dark with the knowledge that one wrong move would set me back five minutes. Maid of Sker's refusal to dole out consumables at a reasonable pace also helps ensure that one of its most overt homages to Resident Evil falls completely flat. It would be a spoiler to say much more, but this deeply frustrating sequence requires strict time management and also populates a floor of the hotel with the keen-eared enemies I mentioned above. The dearth of hiding places in the inn's narrow hallways meant that I frequently found myself at the end of a dead-end hallway with a one-hit kill foe bearing down on me. No healing items. No tools. No luck.

Maid of Sker pushes the horror walking sim right up to the edge of classic survival horror and, in the process, falls short of making a good version of either. It ditches the strict linearity of many of its contemporaries, like Layers of Fear 2, Moons of Madness, and Close to the Sun, in favor of a focus on exploration. This occasionally works, and there are moments when the Resident Evil influence shines through. One section, when you're tasked with tracking down a Kraken Key to match the sea monster icon on a locked door, feels like it could have been lifted directly from Capcom's series. But the consumables are so rare and enemies are so prevalent that navigating the space often becomes a chore.

This story is the most interesting thing Maid of Sker has to offer as its gameplay increasingly begins to grate. But even the story, whose set-up feels genuinely unique, ends in a boring, predictable place.

Add that to the fact that the game artificially extends its length by forcing you to backtrack for long stretches while offering little new to find. These sections transform the final moments of the game, which offer about two minutes of new content, into an hour-long jaunt through most of the map. When I found that the elevator I needed to use to get to my destination, which I had struggled through several hallways of frustrating stealth to return to, had been inexplicably rendered unusable by a fire, I just felt tired and ready to be done. Instead, I had a lengthy journey ahead.

That's the story of Maid of Sker, as a whole. While its setting and story are initially intriguing, the experience of playing the game becomes painful over time. Enemies are plentiful and tough to avoid, and the tools that you do have at your disposal are frequently hampered by extreme item scarcity. The complete removal of UI or any helpful visual cues makes stealth encounters a chore. The moments of satisfying key-hunting are bogged down by a world that is a frustrating bore to explore. In retrospect, I wish I could stay in the "before" times, on the other side of that grand reopening banner. At least then, I was optimistic about what awaited inside.

View Comments (9)
Back To Top
4
Poor
About GameSpot Reviews 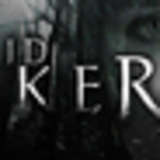 Andrew spent roughly 12 hours sneaking through the Sker Hotel and found every single bit of Noisemaker ammunition. He played on a discless Xbox One S with code provided by the publisher. 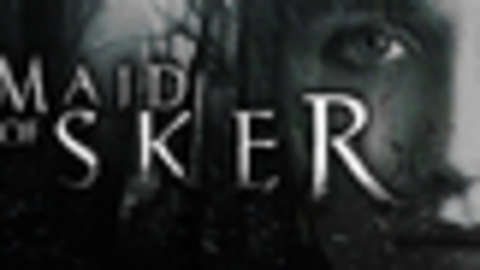