Decent visuals and audio don't do much to redeem this otherwise simplistic and stiff 2D action game.

After playing through Magician Lord on the Wii's Virtual Console, it's easy to see why people were once so quick to plunk their quarters into the local arcade's Neo Geo cabinet just to give the game a go. The 2D graphics are colorful, the beastly enemies are huge, and your hero can transform into a ninja, a samurai, or various elementals. Unfortunately, now that it isn't 1990 anymore, those aspects seem less compelling in light of the game's sluggish pace, stiff controls, and unforgiving difficulty.

For the most part, the design is typical 2D side-scrolling fare. You play a wizard, named Elta, who goes around hopping between platforms and blasting away at enemies with energy bullets. At the end of each of the game's eight levels, you'll face off against a large boss that dishes out some elaborate attacks and absorbs considerable damage. The only noteworthy hook is that collecting energy orbs of various colors transforms you into the aforementioned ninjas and elementals, and each alternate form comes with its own unique attack.

A portion of the game's problems lies in its arcade quarter-muncher roots. The design is simple, Elta's health bar is tiny, and every level is packed with the same repetitive enemies. The bosses are fun to fight, and they're all unique, but battling through the same cookie-cutter demons and jumping the same sort of gaps to get to them is boring. Boredom turns into tedium when you account for the fact that Elta can take only two or three hits before you lose a life, which tosses you back to a checkpoint that forces you to redo a sizable portion of the stage.

Worse, though, are the unresponsive controls and sluggish pace. Jumps and attacks just don't happen fast enough, and Elta moves as if the oxygen in the air has been replaced with molasses. The game is already challenging enough; pile on stiffness and sluggishness, and the challenge rises into unfair territory.

Admittedly, the colorful graphics and huge bosses were impressive by early 1990s standards, and they still are today, even though a few later Super NES and Genesis games dish out loftier displays of 16-bit excess. You'd even appreciate the clear, highly instrumental music, the liberal use of vocal screams, and the spoken taunts doled out between missions by the supreme bad guy. However, there's no way the visuals and audio make up for the game's shortcomings on the playability end. That's the rub: It looks fine, and it sounds fine, but Magician Lord is no fun to actually play. 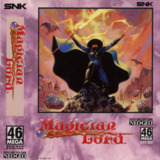 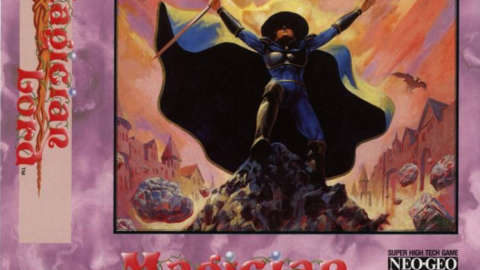 A classic action-adventure game, Magician Lord places you in the role of a magician lord seeking out eight books of wisdom while fighting off enemies with numerous types of magic.