Magic the Gathering - Duels of the Planeswalkers 2015 Review

Aside from being the biggest, most important card game of the past 20 years, Magic: The Gathering has become a nexus point for different types of players. Some people get a kick out of building clever, efficient decks using powerful cards. Others love the thrill of outsmarting their opponents. And the countless variations that sprung from the original game speak to even more people, such as formats that force you to build decks from a limited pool of cards. A game like Duels of the Planeswalkers, which exists to speak to the greater game-playing community outside of Magic, should reflect this diversity in play. But even though Magic 2015 makes some significant additions that people have been asking for since the first Duels was released, its feature-light foundation and odd limitations keep it from being the joyous celebration of Magic's virtues that it should have been.

Of course, Duels was always meant to be a limited experience to some extent. It's the video game version of the most popular physical card game in existence, a simulation that allows interested parties to avoid the massive money pit Magic is associated with creating. The built-in Campaign mode also means you never need to worry about finding someone to play with, because the AI is more than capable of piloting the wide variety of enemy decks the developers programmed into the game. The game exists as a convenience, leveraging the power of the medium of video games to give us a way of playing Magic on our own terms, even connecting players across the world thanks to online play.

Ultimately, however, the primary function of Duels of the Planeswalkers is to be a big, fat advertisement for the physical game aimed at the video game enthusiast crowd. You need only look at the menu for proof, as an entire section is dedicated to promoting Friday Night Magic, the centerpiece of Wizard of the Coast's organized play for tabletop game stores, even going so far as including a store locator. As such, Duels condenses 20 years of Magic into a complete, standalone package designed to entice people to check out the paper game. A carefully-curated selection of cards ensures players aren't overwhelmed by choices, and premade decks eases them into the game without needing to worry about deck building until they're used to playing. As always, Duels of the Planeswalkers provides neophytes with a nice little cross section of the game proper without taking anything away its core.

In this light, 2015 represents a holding pattern. You still get a Campaign mode in which you face AI opponents using your pick of premade decks, you still win cards that can enhance your base deck, and the interface is still as friendly as it ever was, breaking down the many phases that make up each turn into easy-to-understand segments. The timer still makes thinking out turns awkward; you must rush to stop the countdown before you map out your next, a necessary conceit to make sure people don't stall out in multiplayer that feels unnecessary in Campaign mode.

One previously glaring omission that 2015 remedies is in the deck-building options. Until now, you couldn't meddle much with the decks you're given: the cards you won could only be swapped in and out of the deck it was paired with. Switching between decks wasn't allowed, and though this kept with the innate simplicity of the Duels series, it deprived players of one of the cornerstones of the Magic experience. 2015 allows you to put whatever cards you want into your deck; you may even tear the whole thing apart and start from scratch if you wish. Instead of winning individual cards, you win boosters from each Campaign game which let you further customize your deck and build a virtual collection of Magic cards. As a result, newer players can gain better understanding of the game beyond what was allowed before, encouraging experimentation and on-the-fly deck testing, an aspect that should have been possible in the series in the first place.

This new, necessary feature comes with an odd limitation: You're only allowed one premade deck before you're sent on your way and left to your own devices. This doesn't sound so bad at first; after all, that's how it works in real life. You get enough cards to build your own deck, and then you add to it as you get more cards. But giving players access to a multitude of premade decks in previous games showed off the true breadth of potential play styles, and, more importantly, what's possible in Magic. Limiting players to a single deck restricts them to one type of play style no matter what. It's difficult to change gears if something doesn't work for you because most of your cards are in the two colors you started with. Changing to a new color is out of the question until you build your collection further, which you can't do until you win more matches. It's a catch-22 that is only compounded by the way in which certain decks are weak against others, and since you now can't swap out decks, you will often find yourself bottlenecked.

The primary function of Duels of the Planeswalkers is to be a big, fat advertisement for the physical game aimed at the video game enthusiast crowd.

Beyond its new deck-building options, 2015 is characterized by a complete lack of modes beyond the single-player Campaign and multiplayer matches. Previous versions of the game included extra modes like puzzle matches, Archenemy, and Sealed Deck, each of which tested Magic skills in different ways. What you have with Magic 2015 is a stripped down version of what came before, which is a shame. The multitude of different ways that people enjoy Magic beyond the base game isn't represented in the slightest.

Instead, the biggest "feature" in 2015 is a new in-game store that lets you buy premium packs made up of cards that you can't earn within the game. Perhaps the game was meant to be more like Hearthstone or Magic online, games in which you're able to pay to add to your collection, but in reality, 2015 needlessly nickels and dimes, making it far less than a complete experience.

And yet even with all these problems, Magic: The Gathering is still the fun, challenging game it's always been. Learning the complex interactions between cards is a joy, and the game is extraordinarily replayable. 2015 also features newer cards from the Theros block and the Magic 2015 core set, so fans of previous installments can play around with cards and mechanics they've never tried before, which is enticing for existing Duels fans. People who want more Campaign mode and straight-up online multiplayer of the core game may be satisfied, if annoyed by the unnecessary deck limitations. Nevertheless, they are still better served going to their local store and checking out the physical game.

Duels of the Planeswalkers 2015 gives players what they've wanted for a long time by implementing deckbuilding, but it doesn't excuse the bare-bones package and needless extra monetization. The game within the template is still as fantastic as ever, and once you get into the groove, you'll enjoy stomping your enemies with your tuned deck. It's just a shame that 2015 never aspires to be anything more than a shell and delivery service. 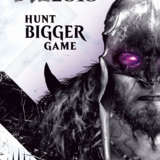 Jeremy Signor started playing Magic: The Gathering ten years ago and got back into the game with Magic 2012. He played Magic 2015 for 13 hours, getting through the main campaign, playing online matches, and browsing the in-game store. 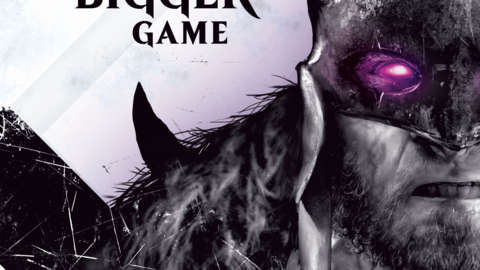 Magic: Duels of the Planeswalkers 2015

Magic 2015—Duels of the Planeswalkers will take the game to a whole new level, deeply engaging fans like never before. With new features including the ability to build customized decks, new booster packs with premium downloadable content, and an even more robust deck builder, players will take on their fiercest opponents culminating in the ultimate battle against Garruk. Magic 2015 will offer gamers the perfect way to start playing the world’s best strategy trading card game priming them for even more action with the upcoming Magic 2015 Core Set.