This title is an excellent successor to Magic Carpet and guarantees plenty of frequent flyer miles for every would-be wizard.

Bullfrog Entertainment's Magic Carpet was one of the best, most inventive games to be released in the last few years. An excellent mix of action and strategy, Magic Carpet was unfairly lumped into the 3-D shooter genre despite the game's highly cranial plot, puzzles, and controls. Magic Carpet II: Netherworlds hasn't deviated far from the original formula, but it contains a slew of new aesthetic and gameplay features which provide more focus and improve on an already stunning atmosphere. As in the original, players fly around on the eponymous rug, fighting creatures and other wizards using an arsenal of spells. The structure of the game, however, has been drastically revamped. In Magic Carpet, the player's only goal was to fly around the world collecting “mana,” a magical element released when the creatures of the land were destroyed. Once enough mana had been gathered, the player could proceed to the next level. Magic Carpet II eliminates the redundancy of this single-goal scenario, and relies on objective-based levels instead. These objectives range from the simple—say, flying to a particular point—to the challenging, where you are called upon to destroy an entire race of creatures.

And there are plenty of new creatures to destroy, as well as new spells to destroy them with. Even better, Magic Carpet II's new experienced-based system makes spells gain effectiveness as players become more proficient. The flight engine and the graphics have also been improved, speeding up the action and making it better -looking. In addition, sinister nocturnal and claustrophobic underground missions are included, delivering much more visual and strategic diversity.

With Magic Carpet II, Bullfrog has both maintained the spirit of a classic and improved on it in almost every respect. This title is an excellent successor to Magic Carpet and guarantees plenty of frequent flyer miles for every would-be wizard. 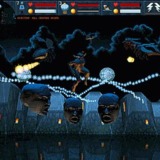 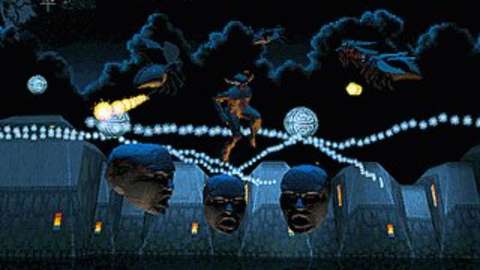 This title is an excellent successor to Magic Carpet and guarantees plenty of frequent flyer miles for every would-be wizard.