Wipeout fans would do well to give Mag Force Racing a shot, at least as an interim solution until Fusion hits.

Hit games spawn a lot of imitators. The success of the Wipeout series on the PlayStation created a veritable cottage industry of stylized, techno-driven hover racers, and now Crave's adding another title to the mix with Mag Force Racing for the Dreamcast. Though it doesn't quite live up to the standards set by its progenitor, Mag Force presents a suitable sense of speed and enough futuristic mayhem to satisfy all but the most discriminating players.

Mag Force Racing is a direct port of Killer Loop, a PlayStation game released late last year. Those familiar with Killer Loop will find that little, save the visuals, has been changed in the transition to the Dreamcast. The game still features tracks in a variety of exotic locales and a multitude of hover cars to choose from. Colored gems, which are placed throughout the tracks, provide you with weapons when contacted. These weapons run the gamut from standard blasters and missiles to mines and a "turbo ram" shield.

The "Mag" in Mag Force Racing refers to a magnet located on the bottom of each craft. When engaged, the magnet allows a car to climb walls and even run on the ceiling in appropriate areas. Theoretically, this should come in handy, since parts of some tracks resemble cylindrical metal tubes more closely than they do raceways. In addition, some items are located on the walls and ceilings. Unfortunately, controlling vehicles with the magnet turned on is more difficult than it should be. It's not uncommon to find yourself turned completely sideways after attempting a wall climb. The difficulty of controlling the magnet and the fact that it's entirely possible to win without using it unfortunately reduce the feature to a novelty. Other than where the magnet is involved, though, the control is pretty smooth.

Mag Force Racing's graphics are befitting of a Dreamcast title, as they've been improved significantly over those found in Killer Loop. From the stylishly animated menus to tracks and weapon effects, every aspect of Mag Force's visual presentation benefits from the Dreamcast's power. The graphics, though quality, aren't quite as detailed as those in games created specifically for Dreamcast - this is a port from the PlayStation, after all. Also, the visual splendor is marred at times by inexplicable drops in frame rate. Even in single-player mode, some sections of track are prone to slowdown for no apparent reason.Killer Loop players may be surprised at the mention of a single-player mode. Yes, Mag Force Racing supports up to four players, filling the rather sizable multiplayer gap that marked the original. Multiplayer in Mag Force can be played as a straight race (classic mode) or in arcade mode, which features a variety of random effects thrown in. These effects include unlimited ammo, reversed steering controls, and a few seconds of superspeed. Arcade is certainly the more interesting of the two multiplayer game types.

Speaking of gameplay modes, it should be noted that Mag Force Racing includes no real "championship" mode in the typical racing game sense. From the outset, several tracks and cars are selectable in any order. Placing first in all the available races will unlock more races and cars. Though the races can be played sequentially in this fashion, no actual game mode allows you to maintain your times and rankings across an entire season of races.

Wipeout is a traditionally Sony-dominated franchise, and though the original showed up on the ill-fated Saturn, it's safe to assume that we'll never see a port from that series on the Dreamcast - especially since Wipeout Fusion is one of the aces up the PlayStation 2's sleeve. Given that, Wipeout fans would do well to give Mag Force Racing a shot, at least as an interim solution until Fusion hits. They might find that it stands just as well on its own. 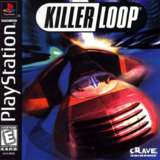 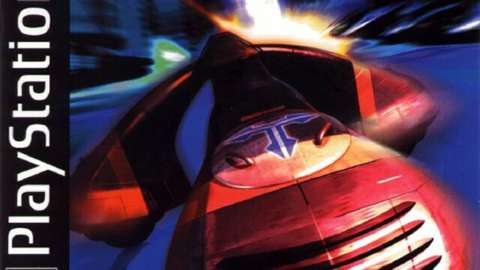 Killer Loop has enough differences to give it its own identity, ruining perfectly good lines such as "Wipeout done by a cover band."