Mafia: Definitive Edition Review – An Offer You Could Probably Refuse

Dated gameplay drags down this impressive remake of an 18-year-old classic.

Mafia: Definitive Edition may look like a contemporary video game, but it doesn't exactly play like one. This shouldn't be too surprising considering it's a remake of the classic 2002 mobster epic, but it also doesn't play like that game either. This is a remake that's been built entirely from the ground up, with a stunning visual overhaul, expanded story, and greater sense of place. Yet its gameplay systems have only been modernised to a limited extent. As a result, Mafia: Definitive Edition feels archaic as it covers the well-trodden ground of its contemporaries, hindered by many of the same ailments that held back Mafia III, despite that game's strong narrative.

The same is true here, as Mafia: Definitive Edition's story is far and away the best part of this remake. You play as Tommy Angelo, a timid cab driver who gradually turns to a life of crime in the fictional city of Lost Heaven during the 1930s. Tommy's an interesting and often conflicted protagonist, and a few new scenes have been added to the original story to flesh out the rest of the cast and inject some levity into Tommy's tale. Characters like Don Salieri have been given more ambiguous motivations, while weapons supplier Vincenzo is now a point of comic relief instead of the self-serious tough guy he was before.

Dialogue has also been reworked and sharpened throughout, although the main story beats of the original game are still present. It's clichéd at times, and sometimes relies on homages to classic gangster cinema, but it's easy to become attached to its relatively small cast of characters, particularly now that each one has been enhanced with new voice work and facial capture from its accomplished cast. Aside from looking a whole lot better, these new performances allow for more subtlety in each scene, as facial expressions are able to express more than words often can.

There are some missteps, such as an undercooked villain and a predictable final act. Tommy's relationship with his partner, Sarah, also produces some of the game's best moments, but these scenes are few and far between, despite being expanded from the original game, and feel like a missed opportunity to delve deeper into their relationship. The opening hours are a slow burn, too--which only puts a firearm in your hands once--but this gradual build is used to introduce you to Mafia's world of organized crime and establish an atmospheric sense of place and time.

Set during the Great Depression and Prohibition era of US history, Mafia: Definitive Edition features all of the period-appropriate elements you would expect. Large luxurious cars populate the city streets, while zeppelins soar above the skyline. The jazz-infused soundtrack includes songs from artists like Duke Ellington and Django Reinhardt, and the radio broadcasts presidential speeches from Herbert Hoover and Franklin Roosevelt, as well as ominous news reports detailing the rise of Hitler and the Nazi party. There's also commentary on the socioeconomic factors that were impacting the United States at the time. Lost Heaven may be a fictional Chicago-esque city, but all of these aspects help to ground it in the realities of 1930s America, ensuring that you're quickly immersed in the ambiance of its distinctive time period.

The game world itself also contributes to this sense of place. While Mafia: Definitive Edition may look like an open-world game at first glance, it's actually exceedingly linear. You're sometimes free to explore the city when travelling between mission objectives, and there is a seperate Free Ride mode available on the main menu, but there's no reason to. The entire game takes place across 20 levels, during which you'll drive when it tells you to drive, shoot when it tells you to shoot, and sneak when it tells you to sneak. This linearity certainly isn't a bad thing, especially when it comes to worldbuilding, allowing developer Hangar 13 to curate certain scenes. When walking Sarah home at night, for example, you'll see people sitting around a table on a nearby roof, food vendors peddling their wares, and groups of rowdy gentlemen arguing with each other or trying to score dates. These moments make the world feel genuine as the city's denizens try to get on with life amidst the hardships of The Great Depression.

Visually, Lost Heaven can look a tad flat during the day, mainly because the predominant colour palette contains various shades of grey and brown. Maybe this is a reflection of the period's economic collapse, but it makes for a dreary city to inhabit. Fortunately, Lost Heaven comes alive once the sun sets and the roads are lit by headlights and the faint dim of street lamps. Puddles in the middle of the road reflect the neon glow of signs adorning the sides of gentleman's clubs and sketchy hotels, and billboards for Swift Cola are illuminated in the darkness.

You'll see most of the city from behind the wheel of a car, whether you're hurtling around a corner trying to keep pace with a couple of hoodlums who are making a break for it, or slowly passing the police to avoid raising suspicion. There are myriad vehicles to drive and they're all fun to cruise around in, even if the vast majority struggle to build up much speed. There's also a palpable sense of weight to these bulky cars that's keenly felt when throwing one around a narrow bend.

Mission design is varied, too, even if each one revolves around some combination of driving, combat, and stealth. You'll go from competing in an open-wheel race in order to win a tumultuous bet for your Don to sneaking into a politician's house to crack open his safe and steal some incriminating documents, before attempting an assassination at an opulent steam boat party. Driving regularly revolves around travelling from point A to point B, but there are some getaways and chase sequences to spice things up, and even a lamentable--and mercifully short--tailing mission. Combat, meanwhile, takes place almost exclusively behind pieces of cover, while rudimentary stealth missions are aided by simple enemy patrol patterns that guide you through each encounter without you really having to think about it.

Combat in Mafia: Definitive Edition lacks any sort of exciting dynamism. Enemy AI represents an extravagant game of whack-a-mole as you wait for each mobster to pop out from behind cover before filling their face full of lead, and player movement is so stilted that there's no real incentive to shift around the battlefield, aside from the rare occasions when an enemy throws a Molotov or grenade in your direction. There is a new melee combat system, but the animations are stiff and each fight essentially boils down to countering a single attack and then mashing the strike button until you can activate a cinematic final flourish.

When it comes to fighting back with firearms, the grunts you're mowing down aren't bullet sponges per se, but they do take a few shots to dispatch outside of accurate headshots. This wouldn't be a problem, but the dearth of feedback in their reactions means shooting them isn't as satisfying as it could have otherwise been. It's difficult to gauge the power of a shotgun blast when an enemy can shrug one off as though it were a minor annoyance, rendering each firefight stunted from the get-go. When you factor in the lack of enemy types, any type of character or weapon progression, and a limited arsenal, the combat is more dull than it is outright bad, and it simply pales in comparison to contemporary third-person action games, more closely resembling Mafia II, which was released 10 years ago.

There's no denying that Mafia: Definitive Edition is a stunning remake when you consider everything that was done to re-introduce the 18-year-old game to a new audience. The changes made to the story, both on the page--as it fleshes out more of the cast--and in the performance booth, enhance what was already a captivating story, while the revamped visuals breathe new life into the city of Lost Heaven. Unfortunately, the rest of the game falters when you're the one in control. The archaic and repetitive combat hasn't evolved since Mafia II was released in 2010, and the years since have dated it even more. Mafia: Definitive Edition might be an improvement on the original game, but its modernisation stops short of the mark, resulting in an uneven game that squanders its enticing potential. 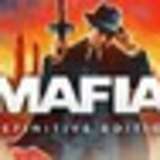 Richard played the original Mafia back in 2002 and spent nine hours completing the remake on PC. Code was provided by the publisher. 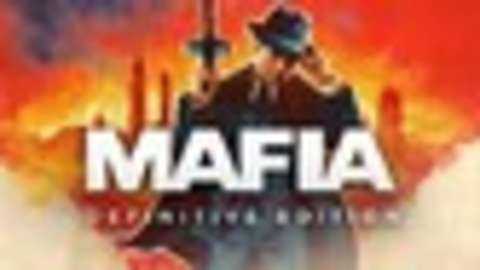