With meaningful additions on and off the field, Madden NFL 22 marks a recent high point for the series, but technical issues get in the way.

Seattle Seahawks fans have caused minor earthquakes in the past, such is the raucousness of the aptly named 12th Man. The crowd at CenturyLink Field has also earned two Guinness World Records for the loudest roar recorded at a sports stadium, once registering a deafening 137.6 decibels back in 2014. Of course, Seattle isn't the only city known for its boisterous fans and intimidating atmosphere, and this is reflected throughout the various stadiums in Madden NFL 22. After criticism that last year's game was light on new content--particularly as it relates to Franchise mode--developer EA Tiburon has introduced a number of sweeping changes this time around, with the crowd being the most prominent right out of the gate.

The new Gameday Atmosphere feature brings crowds to life with new animations and remastered fan recordings that more accurately replicate what you're likely to see and hear on any given Sunday. It also extends beyond the cosmetic side, too, as the ball will fly further in Denver's high altitude, while the wind will play havoc with your field goal team in Chicago. On top of this, the intensity of the home fans will have an impact on the way games can play out. This feature is called Gameday Momentum, and it introduces a momentum meter to the top of the screen that will shift back and forth like a tug-of-war depending on the performance of each team. If momentum is on your side--because of a big sack or crucial touchdown, for instance--you'll gain access to various bonuses (called M-Factors) that give your team an edge in certain situations. This works in tandem with Gameday Atmosphere to ratchet up the significance of home field advantage, especially when playing in front of crowds known for their vociferousness.

The aforementioned 12th Man of the Seattle Seahawks will cause the opposing team's pre-snap play art to be distorted on 3rd and 4th down, turning each receiver's route into a squiggly mess. Elsewhere, Vikings players will gain a small speed boost in the red zone when the "Skol" chant reverberates around the U.S. Bank Stadium. It looks and sounds a tad gamified on the surface, but Gameday Momentum and Atmosphere are crucial additions that capture the unique fandom of each team and accurately reflect the wild swings in momentum that can occur during the course of a heated football game. It gives rivalries that big game feel and intensifies those drives where the home fans are fervently working against you. The impact of home field advantage in the NFL is tangible, and can often be the difference between winning and losing, yet Madden 22 marks the first time the series has truly emulated such an integral part of the sport.

Next Gen Stats also contribute to the gameday experience by snazzing up the broadcast package. Replays will show how many seconds it took a blitzer to collide with the quarterback, or count up how many yards a receiver racked up after the catch on a big play. Aside from adding to the presentation, however, Next Gen Stats have a much more significant impact on gameplay in comparison. Madden 22 utilises the NFL's Next Gen Stats data to drive its AI behaviour, resulting in more dynamic games against the CPU. Quarterbacks will react differently from each other when under pressure, some are more likely to attempt throws into tight windows, and ball carriers will differ when it comes to attempting to evade tackles or break through them. You'll also see superstar wide receivers use signature cuts and releases off the line to try and get open when the defence presses, while a suite of new animations make everything feel more fluid and responsive, whether you're throwing the ball downfield or bursting through a hole at the line of scrimmage. Tackling, in particular, looks more natural and varied, and is more satisfying as a result. And throwing those 50/50 balls isn't a waste of time anymore thanks to more dynamic reactions between receivers and defensive backs.

In Franchise mode, these improvements to AI help diversify each week of the gruelling NFL season. Each team has its own personality and play calling style so no one game is similar to the last. To counteract each team's strengths and exploit their weaknesses, Franchise has been overhauled with new weekly strategies. Now, Next Gen Stats will give you a breakdown of how good a team is in a number of specific areas on both sides of the ball, from executing outside runs and medium passes, to blitzing the quarterback and defending short passes. With this information on hand, you can choose a game plan that gives you the best chance to win. Against the Steelers, for instance, you might opt to counter their aggressive blitz, then in the next game, you might focus on containing the quarterback in an attempt to stop the Cardinals' Kyler Murray from scrambling for yards on the ground.

While you spend the week leading up to a game working on strategy, the half-time break gives you a chance to alter the plan if things aren't working or you want to adopt a different approach because you're, say, up big or trailing behind. Managing your player's fatigue and injuries is another part of the weekly strategy, too. You might want to go all out in practice before facing a rival team to boost your player's XP, but you need to weigh up the risks with the reward in case one of your key players ends up injured on the eve of the contest.

One of Franchise's other new features can at least mitigate injuries to some extent. Your head coach, offensive coordinator, defensive coordinator, and player personnel all have their own RPG-style skill trees. By meeting gameday and longer-term goals, you'll unlock Staff Points that can be spent on improving your staff in multiple areas, such as decreasing injury recovery time. Improving your staff results in better development of your players, giving Franchise a rewarding loop as better players means you're more likely to complete goals to in turn improve your coaches again. Each of these new and revised systems gives Madden 22 greater strategic depth beyond simple roster construction. No two games are the same, and Franchise manages to strike a sweet spot where what you do off the field has a rewarding impact on what you do on it, to the point where it has fundamentally changed how you're expected to approach each match-up.

If you're playing as a head coach, Franchise also introduces storylines over the course of each season to reflect the ups and downs a team must endure. These scenarios add faint narrative elements to the game, but mostly it's another way to improve players by setting them dynamic goals. If a player performs well during pre-season, you might talk to them about having a big game to start the regular season. This will give you a game day goal to continue their breakout, earning more Staff Points if you're successful. Scouting, on the other hand, is unchanged at the moment, but Tiburon expects to launch a new scouting system for free in September. This will allow you to assign national and regional scouts to find the best college prospects and accrue more information ahead of draft day. This all sounds good, but obviously it's impossible to know for sure until the free update is released.

Ultimate Team and The Yard also return, but are mostly untouched from last year. The latter--a unique six vs. six backyard football experience--adds new fields, including Hawaii, and a new ranked mode so you can test your skills against other players. Progression in The Yard is also unified across Face of the Franchise: United We Rise, so all player progress, rewards, and gear are shared between the two modes. Face of the Franchise is also similar to last year, only now you're able to play as either a quarterback, running back, wide receiver, or linebacker. The story here is cliched and stale, with stilted cutscenes and a lack of chemistry amongst its small cast. Watching a young player go through college before entering the draft is an overused plot at this point, even if Madden 22's version focuses on the relationship between a player and his agent as opposed to something like a teammate rivalry. There just isn't enough here to warrant playing Face of the Franchise over the regular Franchise mode. The addition of a new class-based system that defines your play style is a nice touch, giving you specific X-Factor abilities to work towards unlocking. But unless you like taking a created character through an NFL season, there's isn't enough depth nor incentive to devote time to Face of the Franchise.

It's not without its fair share of glitches either. The subtitles during cutscenes often disappear, music will sometimes overpower dialogue, and your created character's face has a tendency to completely change at random. Madden 22 also has a habit of crashing throughout all modes, giving the impression that it's not quite ready to launch yet. You can pick back up where you left off after most of these crashes, but occasionally it will freeze at the end of a game and wipe all of your progress. Leaving a game in progress and returning to it later will also reset your game day goals, even if you've also completed them, and sometimes a win will count as a loss in Franchise.

These technical issues put a damper on Madden 22, particularly since it finally addresses Franchise with a number of meaningful additions. Hopefully these glitches, and particularly the crashes, can be ironed out soon.

When everything's working as intended, Madden 22 marks a recent high point for the series. The gameplay doesn't move the needle much mechanically, but changes to the AI make for a more interesting and varied challenge, while Gameday Atmosphere and Momentum brings every team's fans to life to palpable effect. With Franchise making the moments between these games more engaging, it's relatively easy to sink hours into building a team to challenge for the Super Bowl. It's just unfortunate that this comes with the caveat that technical problems might prove to be the biggest obstacle standing in your way.

View Comments (31)
Back To Top
7
Good
About GameSpot Reviews

Richard played Madden NFL 22 for over 20 hours split between each mode. Review code was provided by the publisher. 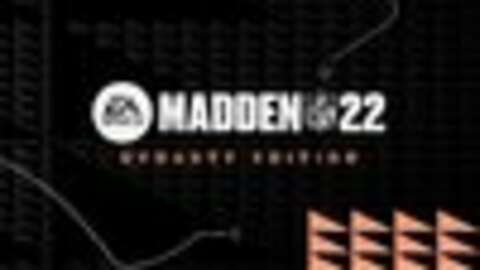