While it shouldn't come as a surprise that Madden 2002 is simply a beefed-up, slightly refined version of the first PlayStation 2 Madden title, it is a bit disappointing. Even still, the game manages to one-up last year's Madden in most categories. Madden 2002 includes a good list of new features and options, as well as some slight but noticeable visual improvements.

Madden 2002 features two basic modes, easy play and normal. The primary difference between the modes is that easy play starts you off with almost every bit of computer assistance turned on, including features designed to help bring new players up to speed. One such feature is a receiver indicator that lets you know exactly when it's safe to pass the ball. In either mode, you can choose from seven different game options: exhibition, season, franchise, tourney, custom league, practice, and situation. While most of Madden 2002's modes of play are pretty much par for the course, the franchise mode, which allows you to play up to 30 consecutive seasons, is really quite extraordinary. The situation mode is also an impressive addition, allowing you to put your players into just about any foreseeable scenario--be it 10 seconds on the clock, third down, and 30 yards to go or whatever other situation you can dream up, the options are near limitless.

With the game's extensive general manager options, you can do everything from creating a player to creating an entire team. The create-a-player feature in Madden 2002 is easily one of the most robust create-a-player modes ever. The height and weight stats are customizable, and there are more than 65 faces and 20 different face shapes to choose from. The create-a-player mode also includes seven other adjustable areas of a player's body such as thighs, arms, and waistlines. Each one of these areas can be customized to have a certain amount of fat and muscle. While visually impressive, these physical traits also directly tie into the player's ability on the field. For instance, a 6-foot-6-inch 300-pound behemoth would obviously make a lousy quarterback, and a 6-foot-6-inch 250-pound player wouldn't be much of a lineman. You can also customize your player's equipment, including shoe size, visor type, and face mask configuration, among other things. The create-a-team option is just as impressive, allowing you to pick the team's logo, customize the uniforms, and even create your own stadium. If you enjoy customizing your own team and players, Madden 2002 certainly has you covered.

In the gameplay department, Madden 2002 plays almost identically to last year's title. The game still features a momentum-based physics system that accounts for the weight and speed of the player when determining how fast he can change direction when running. This system makes Madden 2002 feel a little unresponsive at first, but it quickly becomes second nature. The AI is very solid, and the inclusion of an AI adjustment scale--which allows you to adjust the AI of certain aspects of the computer's game, such as receiving, running, run blocking, and so on--just makes it that much better.

At first sight, Madden 2002 looks largely unchanged from last year. But on closer inspection, you'll see that EA has been cleaning house. One of the most noticeable improvements on last season's visuals is the players' faces. Their eyes move and track much better than last year, and their facial animations and textures look more diverse and realistic. Little extras like seeing the coaches and cheerleaders on the sidelines with ice chests and other players sitting on the bench really help give Madden 2002 a polished feel. The crowds are still made up of 2D bitmaps, but with the focus constantly on the on-field action, they're rarely even noticeable. The game's animation is also top-notch--seeing a player jumping through the air and making a one-handed catch is a very special treat. And the thrill of the moment doesn't stop there, as Madden 2002 has an extensive replay option that you can use to watch replays from virtually any angle.

The sound, music, and announcing in this year's title are all quite good. The little rap and hip-hop cuts that play briefly in between play selections and during the menus fit perfectly. The commentary and play-by-play banter of John Madden and Pat Summerall is a lot more interesting than last year. They have more things to say this time around, and their style is much more conversational, giving the commentary a more natural feel. The sound effects are largely unchanged, although sticking somebody with a good tackle will produce an extraordinary punch.

Once everything is accounted for, Madden 2002 is fundamentally the same game as last year's title. There are a handful of compelling new features and graphical upgrades, but when you compare the experience of being out on the field that both games offer, the core technical differences between them are nominal. Even still, what Madden 2002 has to offer is rock-solid, and will not disappoint fans of the series. 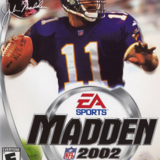 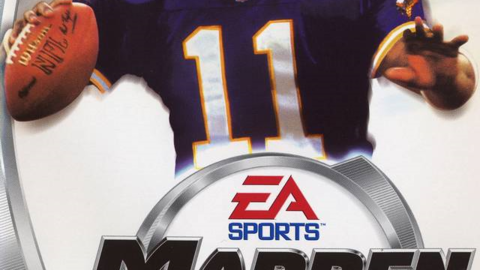