Madden NFL 07 overcomes its no-frills presentation by providing all of the play modes and rich football fundamentals that fans have come to expect.

Anyone that's looking for a football game to take with them on the go will likely be satisfied with Madden NFL 07 for the Nintendo DS. As was also the case with last year's game, the graphics and audio aren't the best the hardware has to offer, but the game overcomes its no-frills presentation by providing all of the play modes and rich football fundamentals that fans have come to expect from a game with John Madden's name on it. Furthermore, while this year's game doesn't bear any major improvements over its predecessor, it does incorporate a handful of subtle upgrades that, taken together, justify picking up this latest installment.

Once again, the graphics and audio in Madden get the job done without testing the limits of the hardware. The 3D player models and stadiums look decent from certain camera angles, but in others they still look pixelated and chunky. Player numbers on uniforms are easy to make out, whereas names and faces are unrecognizable. Each stadium is generally accurate, although, aside from certain key architectural features, artsy details are limited to a few outside buildings and some EA Sports signage. Compared to last year's game, the graphics in Madden NFL 07 are a little cleaner and the animations are a little smoother. Most notably, catches and tackles don't appear to be so robotic this year. The variety of camera angles, replays, and end-zone celebrations has also increased in this year's game. While that doesn't necessarily change how the game looks, it does make the overall presentation seem livelier. Unfortunately, there isn't much that can be said about the audio. Crowd noise and player grunts are prolific, but the commentary provided by Al Michaels and John Madden is limited and repetitive. On the one hand, their comments are accurate to the situation and easy to understand. On the other hand, it's disturbing to hear Michaels say "he'll feel that tomorrow" multiple times in a single quarter.

Thankfully, resting beneath that rough presentation is a rich football simulation packed with all of the gameplay-related bells and whistles that fans want. Each coach has his own playbook filled with the actual plays he calls during NFL games. If you want, however, you can also create your own plays and add them to your favorite team's playbook. On offense, you can have the quarterback call an audible, select a hot route, pass to the indicated receivers, or make a suicide run into the defensive line. The running game lets you sprint, spin, juke, and shoulder your way through the defense. Before the snap on defense, you can reposition players, call an audible, or put on secondary and defensive line shifts. After the snap, you can take control of the player closest to the ball and have him jump to deflect passes or dive to tackle the carrier. Every action can be controlled using the system's buttons or the touch screen. In the case of audibles, you can specify up to four plays on offense and defense, which you can call at any time simply by speaking into the system's microphone. For example, if you set a zone blitz to the red-one audible, all you need to do to shift your defense into position is say "red, one."

Stylus input, while not required, is greatly encouraged in this year's game. You can pass to your receivers using the indicated buttons, but dragging the stylus to do so feels more hands-on and better simulates the act of tossing the football. Hot routes and defensive shifts are, likewise, more intuitive when you can actually draw the route you want your receiver to run. The new defensive playmaker option also lets you reassign defenders simply by dragging and dropping playmaker icons onto them. For instance, if you want your safety to drop back into a deep zone, you only need to drag the DZ icon onto him. The touch-screen kicking controls are set up similarly to how they were last year, but they've been expanded to allow precise control over the distance and angle of a kick. You still need to draw a straight line quickly in order to get the most distance, but now you can set your kick and target points before the kick by tapping the touch screen. This gives you the freedom to draw a short line for onside kicks and shallow punts, and a long line for deep punts and field goal attempts. The system's two screens are set up such that the on-field action is shown on the lower screen, while a top-down X's and O's view of the field is shown on the upper screen. Owners of last year's game will recognize that the two screens were swapped this year. This change makes it easier to pass and kick using the touch screen, because players can see the actual view of the field instead of a flat depiction.

On the field, the CPU artificial intelligence is mostly the same as it was in last year's game. The CPU puts up a good fight, even on the lowest settings. Running plays are more effective than passing plays in gaining yardage against the CPU, mainly because the CPU can get into position and deflect with better timing than a human player can. For the same reason, it's tough in the early going to deflect or intercept tosses made by the CPU. The process becomes much easier once you learn how to pick the appropriate plays and remember to have the defender jump when he's near the ball. On either side, quarterback sacks are still fairly infrequent, although they happen a bit more often in this year's game. With regards to scoring, high scores are common when playing on the lower difficulty settings, but touchdowns and length of possessions seem just about right on the medium to higher settings. Besides adjusting the overall difficulty, you can also tweak a gaggle of tuning sliders that influence various aspects of the CPU's speed, skill, and accuracy.

The overall selection of play modes hasn't changed from last year. Diehard fans will want to dive into the season and franchise modes. The franchise mode lets you control a team for multiple seasons, while also handling trades, contract negotiations, drafts, and preseason games. Stat-heads will appreciate that the game keeps track of dozens of worthwhile player stats, and automatically handles skill progressions as well. Other play modes include custom league and tournament modes, a two-minute drill feature, and practice and situation modes. In the situation mode, you can set up your own unique game-time situation by setting different variables, such as the score and down, or dive into a classic NFL matchup and try to change or relive history by fulfilling preset goals. There's also a minicamp mode, which contains five different minigames oriented around the various aspects of play. By taking advantage of the system's Wi-Fi capability, you can go head-to-head against your friends in full-length games or compete against each other in the minicamp challenges. Rounding things out, there are basic editors that let you create your own teams, players, and custom plays. These editors aren't elaborate, but they get the job done.

Taken as a whole, Madden NFL 07 for the Nintendo DS is a solid and feature-rich football game. Certain aspects of the presentation could have been executed better, but those rough edges don't sully the game all that much. What's most important is that everything that fans have come to expect from a game bearing John Madden's name is in here, from the real-world plays and celebrations down to the fundamental aspects that make you feel like you're actually leading your favorite team to victory. 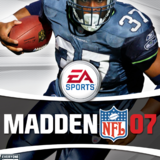 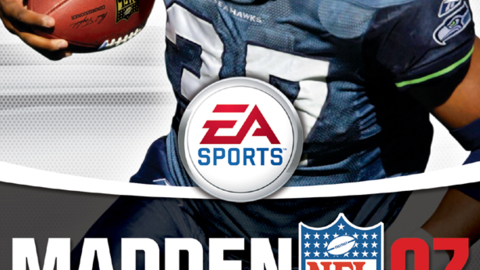 Madden returns for the 2007 season.