Lots of variety and funny cutscenes make the second Madagascar game a good reason to escape to Africa.

While licensed video games have a dubious history, those targeting the younger set have been particularly uninspired. It is a pleasant surprise, then, that Madagascar: Escape 2 Africa not only makes excellent use of its license, but presents a worthwhile game experience as well. Despite using different voice actors than the movie, the cutscenes capture the essence of the characters quite well, providing a continual string of well-constructed and downright funny moments. The simple gameplay may turn off experienced players, but the sheer variety of enjoyable activities will more than satisfy those looking for a fun romp through Africa.

The story in Madagascar 2 follows the path laid out by the movie it's based on. Julien, king of not only his fellow lemurs but apparently every other species as well, thinks it is cruel to stay hidden away in Madagascar when the whole world should be lucky enough to make his acquaintance. The penguin-piloted plane carrying Julien and the rest of the animals crashes in Africa, though, far short of their New York City goal. The story is consistently goofy and the frequent cutscenes are pretty amusing. Julien is the star here, spouting jokes fueled by his kingly ego, often at the expense of his meek servant Mort. The other characters play off their own quirks, from Melman's lack of confidence to Claire's search for love, with humorous results. Some of the voice acting, most notably Melman's, feels jarring and out of place, but the new cast is generally quite good. This is a silly game, and the tone stays true throughout the adventure.

Though this is primarily a platformer, you'll be doing a lot more than jumping from one precarious platform to another. Through most of the game, you'll be quickly shuttled from activity to activity. The tasks you'll be asked to perform aren't particularly deep, but they're fun in short bursts. For instance, as Alex, you'll attempt to join a herd of wild lions. To prove you're worthy of such a prestigious title, you'll be asked to perform in a variety of seemingly random competitions. Within the span of a half hour, you'll compete in a game of musical chairs, play a variation of Hot Potato that uses the dreaded durian (a type of fruit with gooey, smelly insides), climb walls, avoid vultures, play dodgeball with mangoes, and ride on zip lines. The pacing is fast and furious--just before you tire of tossing around a durian, you'll be whisked off to another event. Because of this, the game is never boring, despite the simplicity of many of these actions.

The breakneck pacing continues throughout most of the game. As Melman, you can ride atop boulders and whack moles intent on stealing suitcases; Marty plays a mean game of soccer and tests his speed in a series of races; the penguins drive around in a truck and build a flying contraption for Julien to ride in; and, of course, there is the quest to cure a herd of giraffes from a nasty outbreak of belly fish. Despite the many twists this game takes, the controls are tight and responsive no matter which ridiculous activity you're competing in. And the punishment for failure is little more than a slap on the wrist, so younger gamers who have never experienced stealth in a game can get through the spy photography mission without worrying about unforgiving failure.

As you progress later in the adventure, you'll come across some longer, more varied quests as well. These are much closer to traditional platforming experiences, with the world opened up for free exploration and a few instances of combat thrown in for good measure. There are monkeys and coins hidden all over the land, and you'll have to use each character's specific abilities to navigate across every inch of the environment. As Gloria, you'll have to get rid of a float of crocodiles by whipping mangoes at them. Once they're banished, you're free to explore the murky depths of the river for hidden chili peppers and fancy pearls. Alex is the most agile, able to double-jump to higher places and balance across narrow walkways. Melman can spin in the air, allowing him to float to faraway platforms. Once again, the variety keeps things interesting, constantly tossing new challenges at you.

There is replay value when you finish the five- to seven-hour main quest. Though some of the events, like musical chairs, are fun only once, there are enough interesting activities to make going back a second time worth it. There are lots of hidden monkeys scattered about and optional side quests to check out. If you feel like decorating, you can buy furniture and other gear for your monkey friends, which provides a quick joke and funny animation. The multiplayer offers some surprising thrills. Most of the activities are plucked straight out of the single-player adventure, which means you can play soccer or hot durian with a few pals. The real draw here is the mini golf. The physics are a little wonky, but the courses are huge and varied, creating a vivid atmosphere for healthy competition. One fancy quirk is being able to put some arc on your shot; if you're daring, you can soar clear over obstacles. When you get three of your friends involved, it makes the games chaotically satisfying.

Madagascar 2 is a surprisingly fun game. The gameplay may be simple, but the variety of your objectives keeps the game flowing at a brisk pace. The cutscenes are really well done, with the oddball idiosyncrasies of the characters providing a consistent stream of enjoyable humor. And when you're done with the main quest, there is plenty of reason to escape to Africa for a few more hours of entertainment. It's a shame all licensed games aren’t of this level of quality, but Madagascar 2 is certainly something younger gamers or those just looking for silly fun can enjoy. 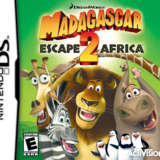 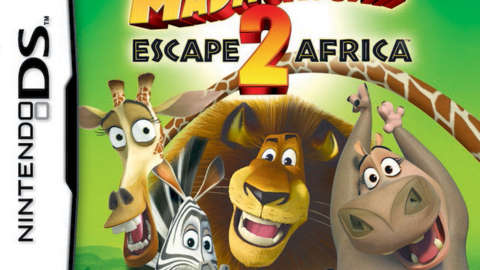 Play as your favorite Madagascar characters in an attempt to save the African Savannah in Madagascar: Escape 2 Africa.